Estadio Ramon Sanchez Pizjuan is the venue as Sevilla and Cadiz go head-to-head in a high-stakes La Liga showdown.

Not long ago, Sevilla were in the La Liga title picture, but a patchy seven-game league form (W2, D3, L2) has even cast doubt on their bid to secure next season’s Champions League football. Julen Lopetegui’s men eked out a 3-2 win at relegation-threatened Levante last time out to stretch the lead on fifth-placed Real Betis to six points. But there is no room for complacency yet, as ‘Los Rojiblancos’ aim to extend their eye-catching eight-game winning home streak in all-Andalusian La Liga match-ups. What’s more, Sevilla are unbeaten in their 13 home La Liga meetings with Cadiz overall (W8, D5), though two of their last four top-flight H2Hs at Pizjuan have ended goalless. Conceding first may condemn Sevilla to another winless affair, as they’ve come from behind to win just once in eight league games after shipping the opener this term (D5, L2).

As for Cadiz, a spirited 1-0 win at Barcelona in their most recent La Liga away match got cancelled out by an action-packed 3-2 home defeat to Athletic Bilbao last time out. Sitting a meagry one point clear of the drop zone, ‘El Submarino Amarillo’ will be desperate to defy their dismal five-game away league form (W1, D2, L2). But they have found the away goals hard to come by this season, netting a measly average of 0.87 goals per La Liga travel thus far. Indeed, Sergio Gonzalez’s men have failed to get on the scoresheet in five of their last ten away league fixtures, scoring precisely once in four of the remaining five. On the bright side, they’ve kept a league joint-high four clean sheets on the road in 2022, including back-to-back shutouts of Valencia and Barcelona on their two most recent La Liga travels. 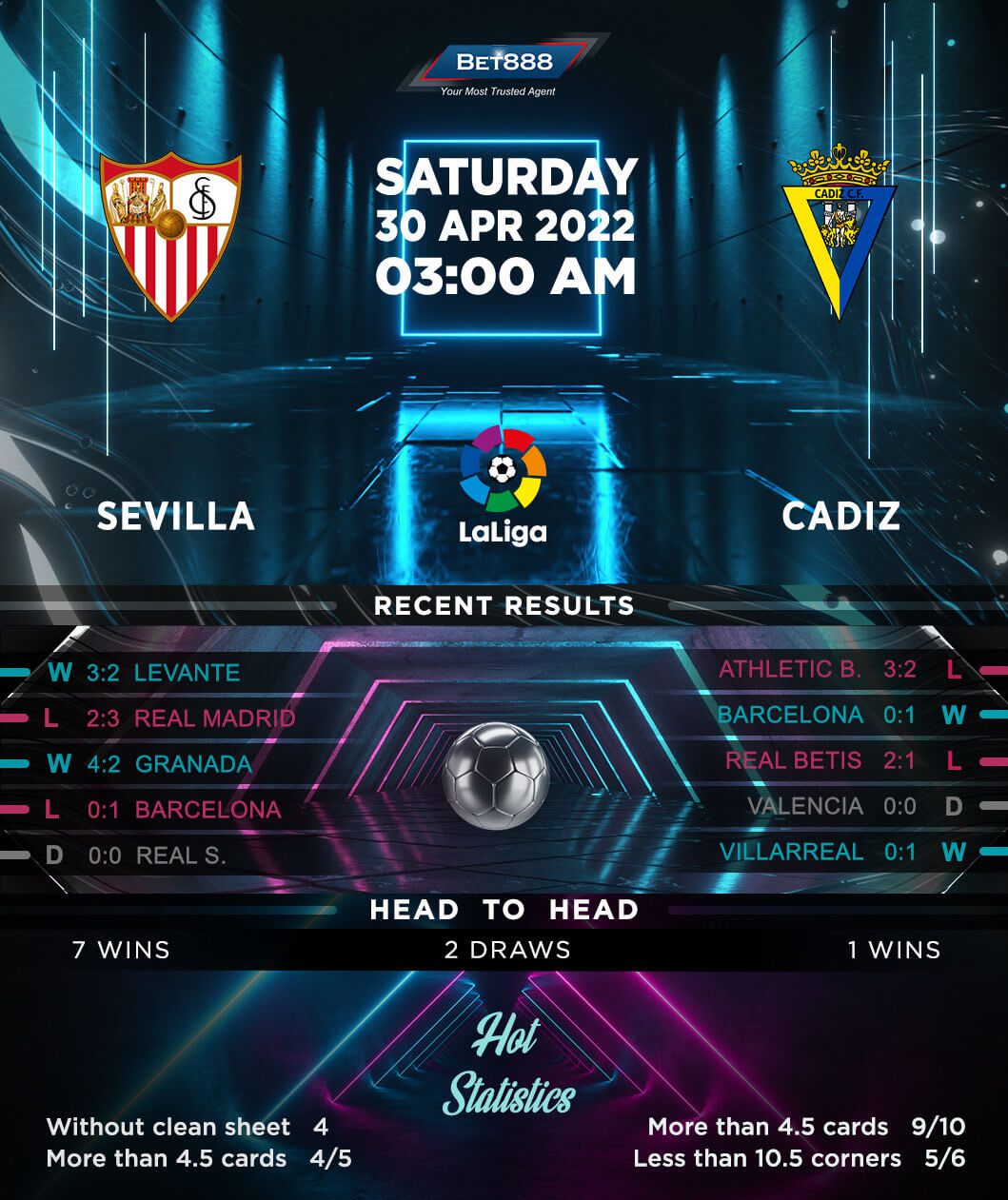