Estadio Ramon Sanchez Pizjuan is the venue as third-placed Sevilla take on relegation-battling Granada amid a rough patch.

Things are not going Sevilla’s way these days. Following a run of three low-scoring league draws, Julen Lopetegui’s bid to pip Real Madrid to the La Liga title took a knock-out blow last time out as Barcelona ended Sevilla’s 15-game unbeaten league streak (W7, D8). Desperate to get back to winning ways, ‘Los Rojiblancos’ go up against a Granada side they’ve lost to twice in their last three top-flight H2Hs (W1), including a narrow 1-0 away defeat in the reverse fixture. After drawing a blank in their last two La Liga outings, the Andalusians face the prospect of putting together three scoring blanks in the league for the first time under Lopetegui. Moreover, they’ve never gone five straight La Liga matches without winning under the Spanish manager.

In the meantime, Granada will take the field in a confident mood after coming from a 2-0 deficit to hold Rayo Vallecano to a 2-2 draw last time out. Despite going unbeaten in back-to-back La Liga games for the second time in 2022, the ‘Nazaries’ head into this matchday frantically looking over their shoulders as they harbour a slim three-point lead on 18th-placed Mallorca. Interestingly, Ruben Torrecilla’s men have taken four points from their last two La Liga outings, one more than they had in their previous ten in the competition (D3, L7). Particularly dangerous from set-piece plays, Granada have netted a league-high nine goals from corner-kicks this season, which stands for 27% of their total La Liga goals. However, they lament a disastrous overall La Liga record at Pizjuan, having won just two of their 21 visits to Sevilla in the competition (D2, L17). 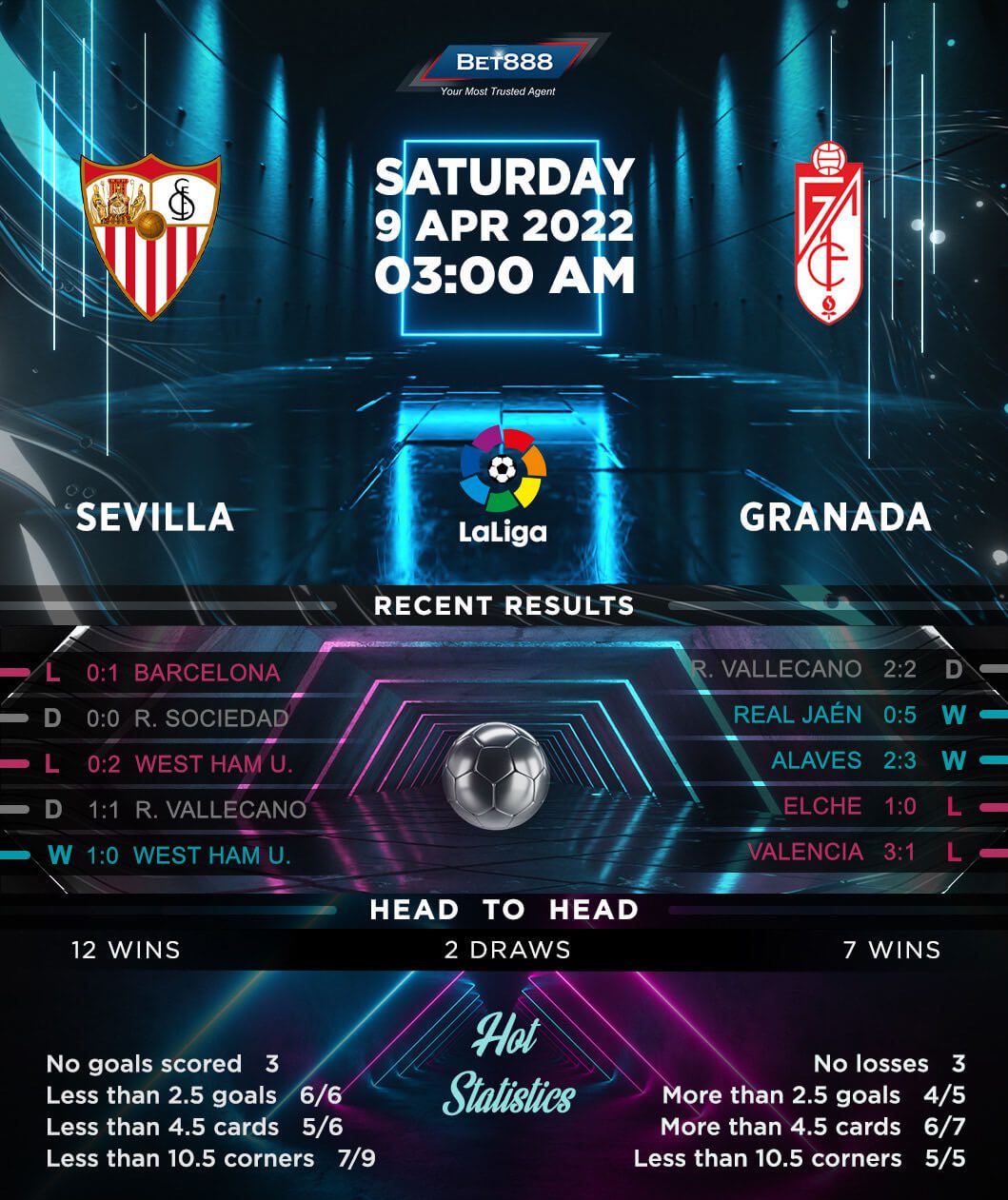