Relegation-threatened Mallorca head to the Estadio Ramon Sanchez Pizjuan to take on out-of-sorts Sevilla in a must-win La Liga showdown.

A brace of 1-1 draws with Cadiz and Villarreal in Sevilla’s last two La Liga outings has solidified their reputation as the ‘stalemate kings,’ hindering their bid to secure another top-four finish. Julen Lopetegui’s men have drawn a league joint-high 14 La Liga matches this term (40%), including a 1-1 stalemate in the reverse fixture. Indeed, the Andalusians have drawn nine La Liga outings in 2022, more than any other side across Europe’s top-five leagues this calendar year. However, ‘Los Rojiblancos’ have won their last three La Liga home meetings with Mallorca and could make it four straight home H2Hs victories for the first time in the club’s top-flight history. A failure to achieve that feat could cast doubt on Sevilla’s top-four credentials, as they currently hold a fragile four-point lead on fifth-placed Real Betis.

As for Mallorca, a morale-crushing 6-2 home defeat to fellow relegation rivals Granada last time out has left the visitors three points adrift of safety, putting them under pressure to deliver the goods in Andalusia. ‘Los Piratas’ have lost their last nine La Liga matches on the road and they are one defeat away from equalling their longest-ever losing run on hostile turf in the competition. Conceding first would likely spell disaster for Mallorca’s bid to avoid matching an unwanted piece of history, as they’ve suffered 13 defeats in 14 La Liga away games in which they shipped the opening goal this season (W1). That’s mainly thanks to Mallorca’s underwhelming scoring record on the road that has seen them net a measly average of 0.82 goals per La Liga trip. 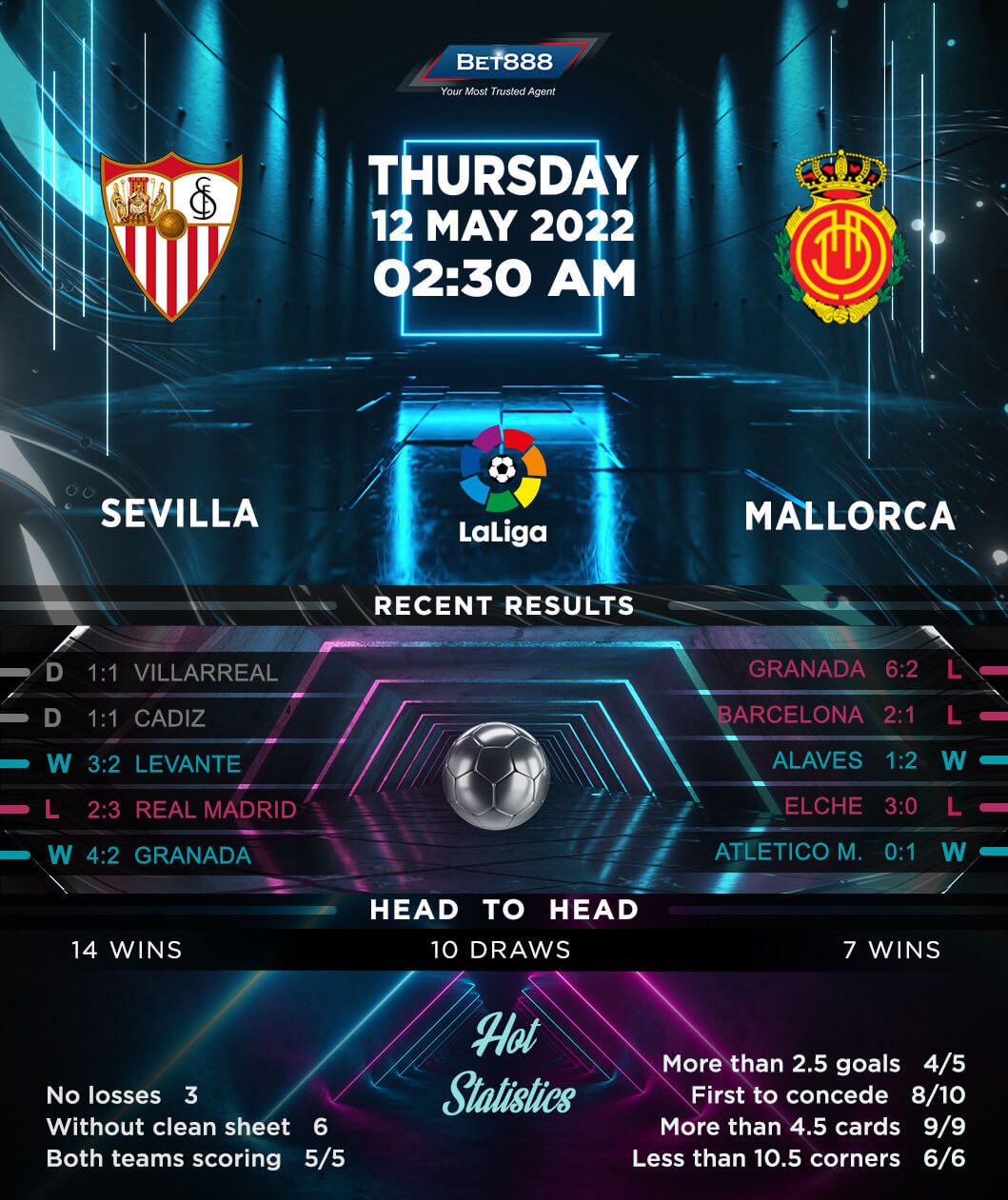