Estadio Ramon Sanchez Pizjuan is the venue as Sevilla and Real Madrid meet in a blockbuster La Liga showdown.

Sevilla came from behind to beat relegation-battling Granada 4-2 at home last time out, recording their first La Liga turnaround this season. After ending a run of four league matches without winning (D3, L1), ‘Los Rojiblancos’ could post back-to-back La Liga victories for the first time in 2022. Yet, Julen Lopetegui’s men are winless in their last six top-flight meetings with Real Madrid (D1, L5), conceding 2+ goals in four of those encounters. On the bright side, the Andalusian heavyweights have not lost any of their last nine competitive home fixtures over the Easter period (W8, D1). Moreover, they remain the only La Liga side yet to suffer a home league defeat this season (W11, D4), including three victories from their last four such contests (D1).

As for Real Madrid, Karim Benzema came up huge to fire Carlo Ancelotti’s team past Chelsea in midweek Champions League action and set up a mouth-watering semi-final tie against Manchester City. Coming into this matchday, ‘Los Merengues’ have won consecutive La Liga games by an aggregate score of 4-1 to solidify their place at the summit, with second-placed Barcelona lagging 12 points behind. Adding to the visitors’ confidence, they go into this showdown on the club’s best-ever seven-game winning La Liga streak away to Andalusian sides. Furthermore, ‘Los Blancos’ have found the net in 31 of their last 32 La Liga visits to Andalusia, netting a resounding average of 2.44 goals per match. Madrid’s potential win ‘to nil’ at Pizjuan would see them become only the third-ever La Liga side to win 3+ away H2Hs against Sevilla, after Barcelona and Celta Vigo. 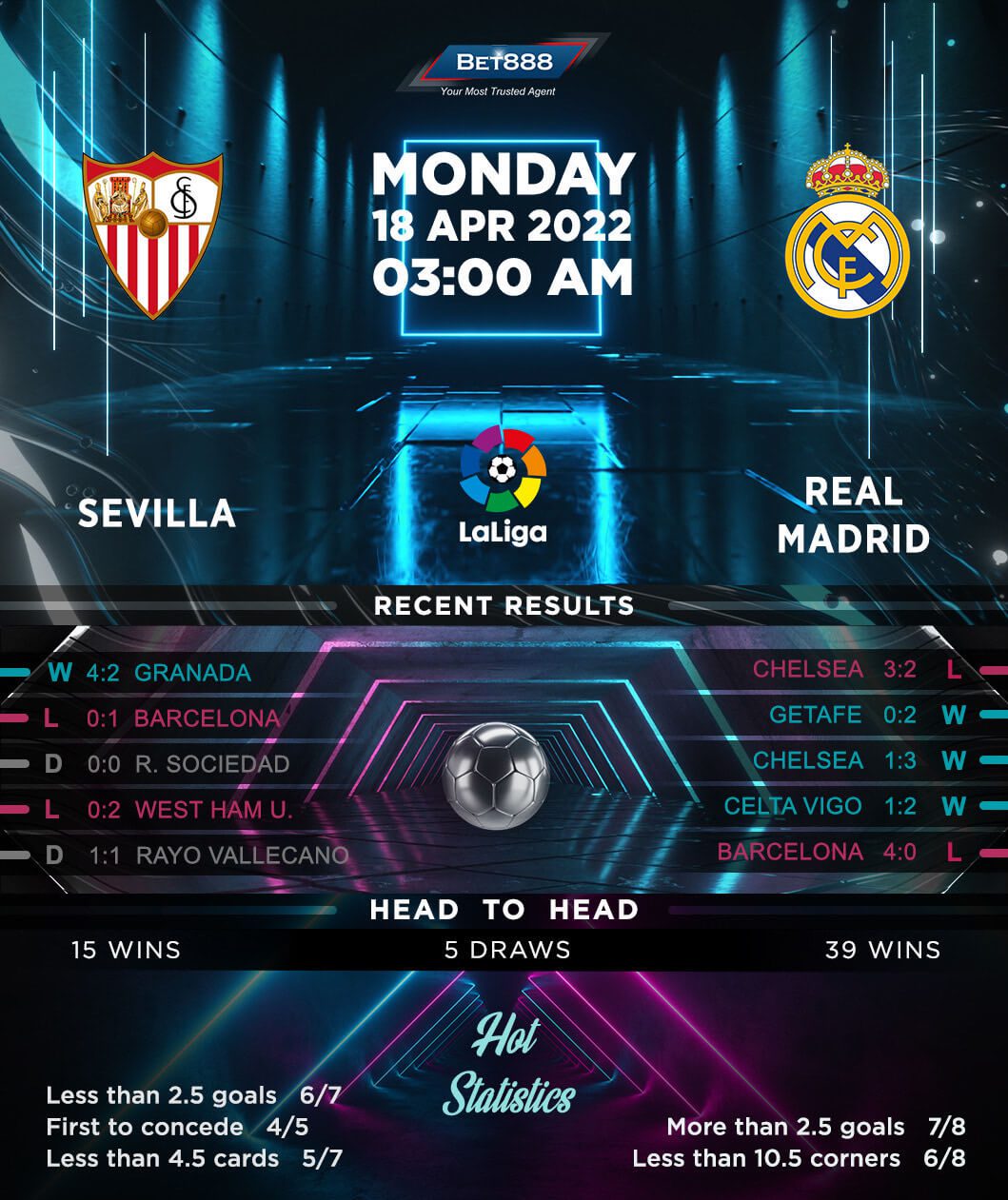