Shandong Taishan could not have hoped for a better start to the new league season. Barring an underwhelming 4-1 defeat away to Henan Songshan Longmen on Matchday, they have won all three remaining Chinese Super League fixtures ‘to nil.’ Yet, each victory came by a narrow 1-0 scoreline, suggesting that Shandong’s potential triumph may lack conviction. Any win would do, though, especially considering the ‘Taishan Dui’ have lost four of their last five top-flight meetings with Dalian (W1), failing to find the net in three. Head coach Hao Wei will hope his side can stay water-tight at the back, as has been the case in three of their four competitive home matches in 2022 thus far.

As for Dalian Professional, a run of back-to-back 1-1 draws in the build-up to this trip has maintained their 100% unbeaten ratio across their opening four Chinese Super League fixtures (W1, D3). Each of Dalian’s three top-flight away matches this calendar year have produced scoring draws, all of which saw the ‘Blue Hawks’ break the deadlock before half-time. That’s encouraging for the visitors’ point of view, given that they’ve failed to get on the scoresheet in three of their last five competitive visits to Shandong. But they won the two games they have scored in during that sequence. 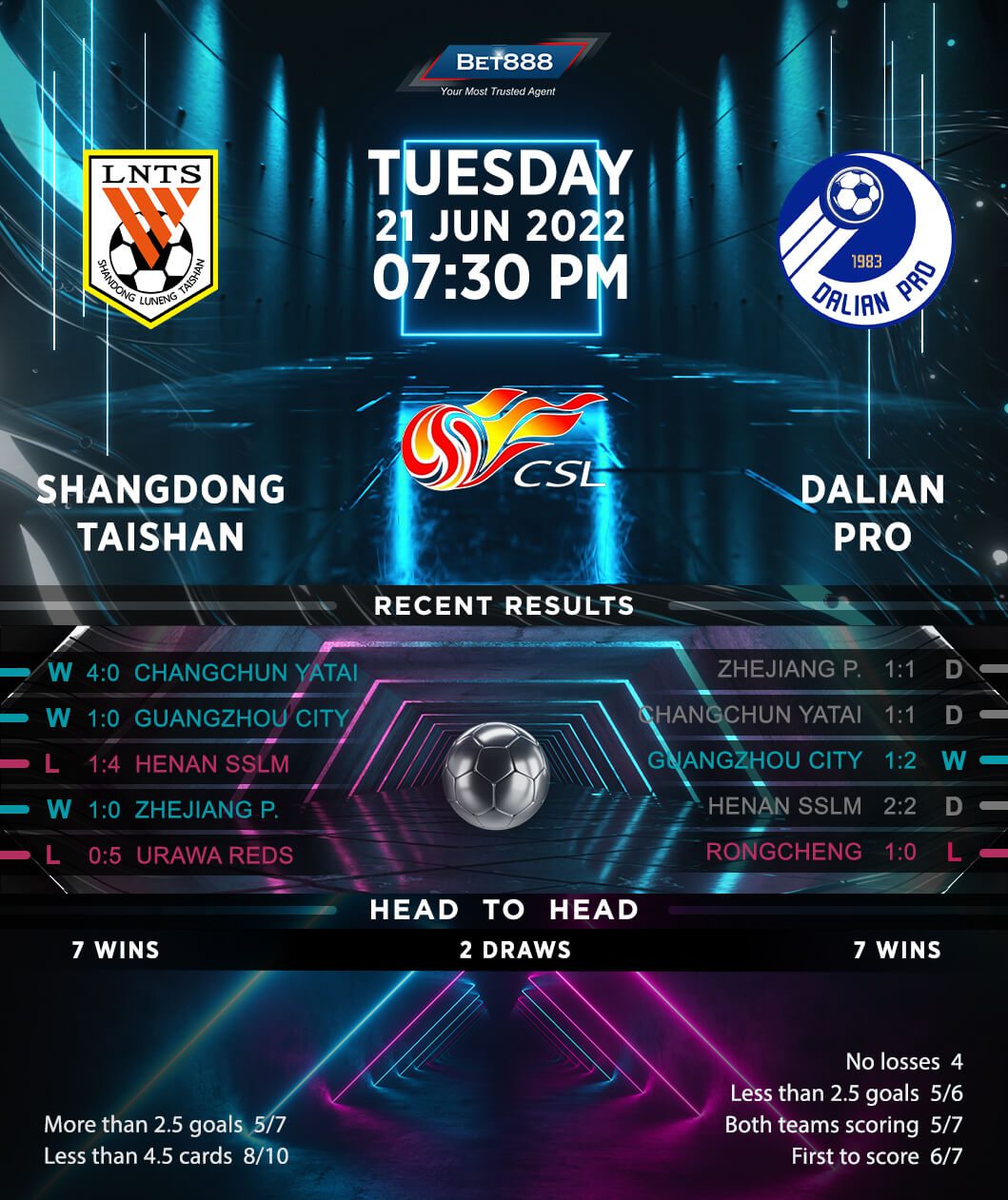