A disheartening 4-2 defeat away to Wuhan Three Towns last time out put the brakes on Shanghai Shenhua’s seven-match unbeaten start to the new Chinese Super League season (W5, D2). However, the ‘Flower of Shanghai’ must be enjoying their odds here, having won three of their opening five home league fixtures (D1). Including the 2021 season, Wu Jingui’s men have only lost one of their last nine top-flight games on home turf (W7, D2), netting 2+ goals in six of those seven triumphs. On top of that, they have racked up an eye-catching 67% win ratio in their all-time H2H home league record versus Hebei (W4, D1, L1).

On the other hand, travelling Hebei are sinking without a trace after losing seven of their opening eight Chinese Super League fixtures (W1) and conceding a league second-high 20 goals in the process. Furthermore, the visitors have suffered defeats on all four top-flight travels this term, returning an underwhelming -8 goal difference (GF:2, GA:10). Slow starts have highlighted Hebei’s early away league matches. Indeed, they head into proceedings as one of just three sides yet to score before half-time on the road this season. Equally uninspiring in the later stages of play, they’ve conceded at least once beyond the 75th minute in three of their four away league games without replying. 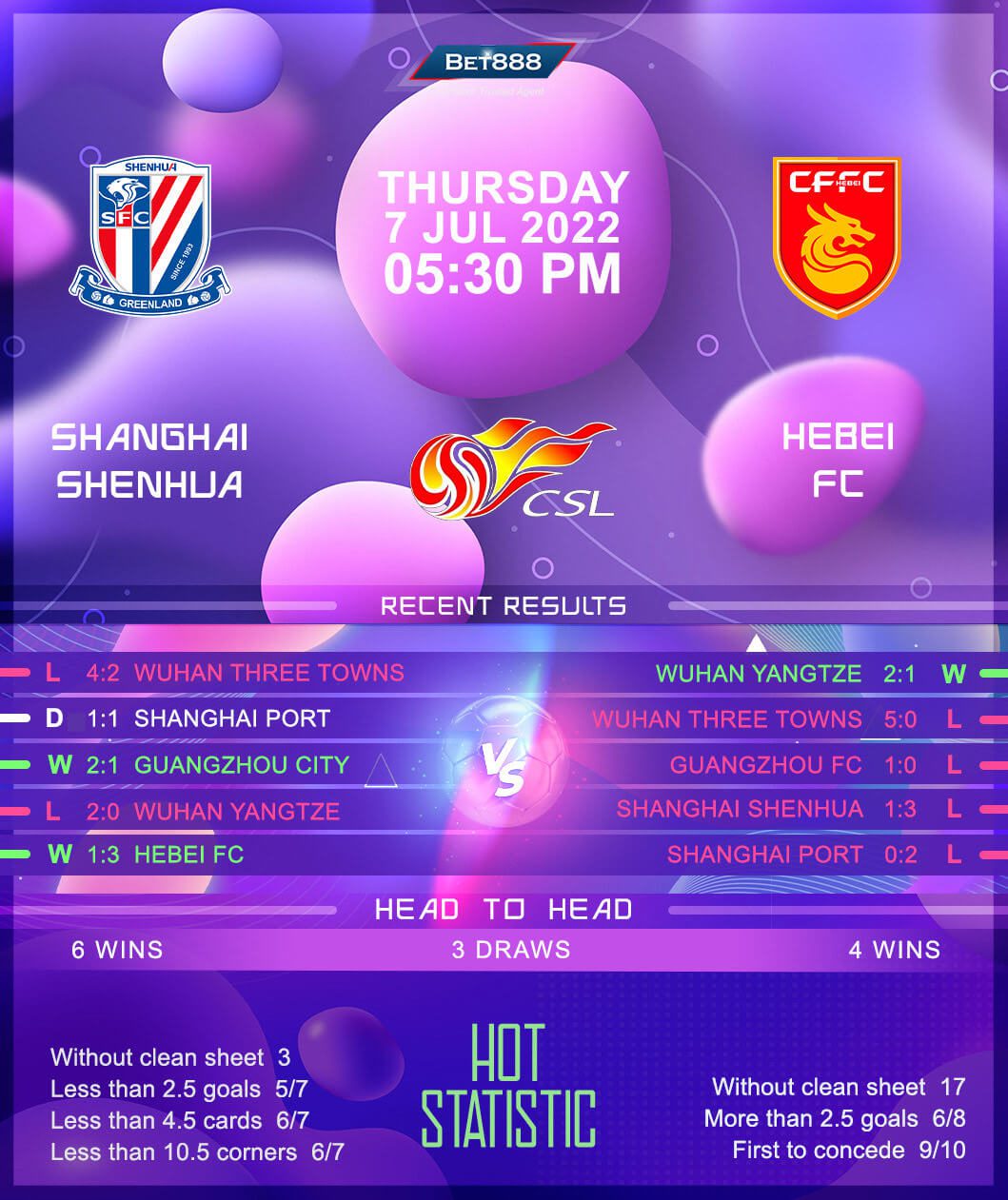