Underperforming Slovakia will take on Azerbaijan in a must-win Nations League Group C3 encounter at the City Arena Trnava.

Slovakia have been the epitome of the inconsistency of late, alternating between winning (3) and losing (4) across their last seven internationals, including all four matches in the ongoing Nations League campaign (W2, L2). The home side’s indifferent spell of form contributes to the fact they head into the final two matchdays four points adrift of Group C3 leaders Kazakhstan with minimal chances of reaching the promotion playoffs. While a victory over the lowly #128 ranked Azerbaijan should be a foregone conclusion, at least on paper, Slovakia’s morale-damaging defeat to a Kazakhstan side ranked just 14 places better than the visitors suggests this could be a tricky affair for the ‘Falcons.’ Yet after racking up eight wins across their nine H2Hs against Azerbaijan (L1), the Slovakians should thrive in Trnava.

As for Azerbaijan, an all-important 2-0 home triumph over Belarus last time out didn’t only snap their dismal three-game winless Group C3 start (D1, L2). It also helped the visitors move two points clear of the foot of the table and bolster their hopes of avoiding the dreaded relegation playouts. What’s more, that victory cast end to Azerbaijan’s embarrassing 13-match winless streak in international football (D3, L10) dating back to June 2021. But their celebrations may be short-lived, as they’ve lost all four previous visits to Slovakia by an aggregate score of 12-2, making their bid to upset the apple card virtually impossible. Yet knowing that bettering Belarus’ result at a minimum would keep them away from relegation, the ‘Milli komanda’ will be on a mission in Slovakia. 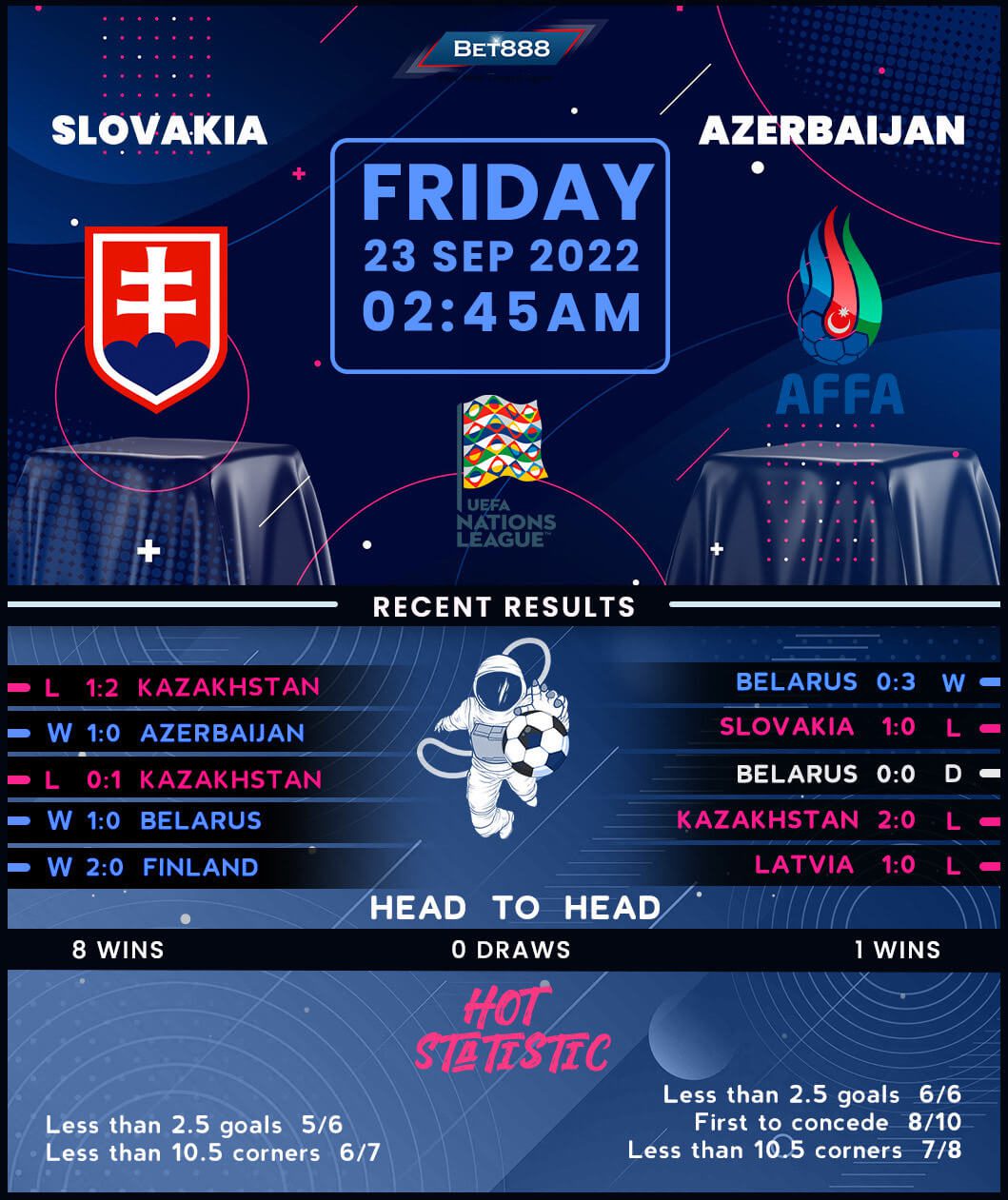