St Mary’s Stadium is the venue as mid-table Southampton take on out-of-form Chelsea in an exciting Premier League match-up.

Southampton’s disappointing three-game losing streak came to a halt last time out with an equally frustrating 1-1 draw away to bottom-half Leeds United. Despite handing their bid to land a top-half Premier League finish for the first time since 2016/17 a boost, the ‘Saints’ now have a two-game losing home league streak to deal with. Such hopes look a bit far-fetched, though, as they’ve failed to beat Chelsea in 11 of their last 12 top-flight H2Hs (D3, L8), courtesy of a 2-0 win at Stamford Bridge in December 2019. Regardless of the outcome, the St Mary’s crowd should witness an enthralling high-scoring fixture, as each of Southampton’s last four competitive home matches have featured over 2.5 goals and both teams scoring.

Meanwhile, Chelsea will be out to prove back-to-back defeats to Brentford and Real Madrid in the Premier League and Champions League, respectively, have not rocked their world. With off-field problems piling up, Thomas Tuchel’s men will draw confidence from their impressive eight-game unbeaten league streak at St Mary’s (W6, D2). Moreover, the ‘Blues’ have gone from back-to-back away Premier League games without a victory (D1, L1) to winning their last three top-flight matches on the road by an aggregate score of 8-1. Yet, a dismal 4-1 home defeat to Brentford last time out means Chelsea could lose successive Premier League fixtures for the first time during Tuchel’s reign. The visitors’ tendency to start on the front foot could come in handy, with the ‘Pensioners’ netting the opening goal in their last seven top-flight outings in a row. 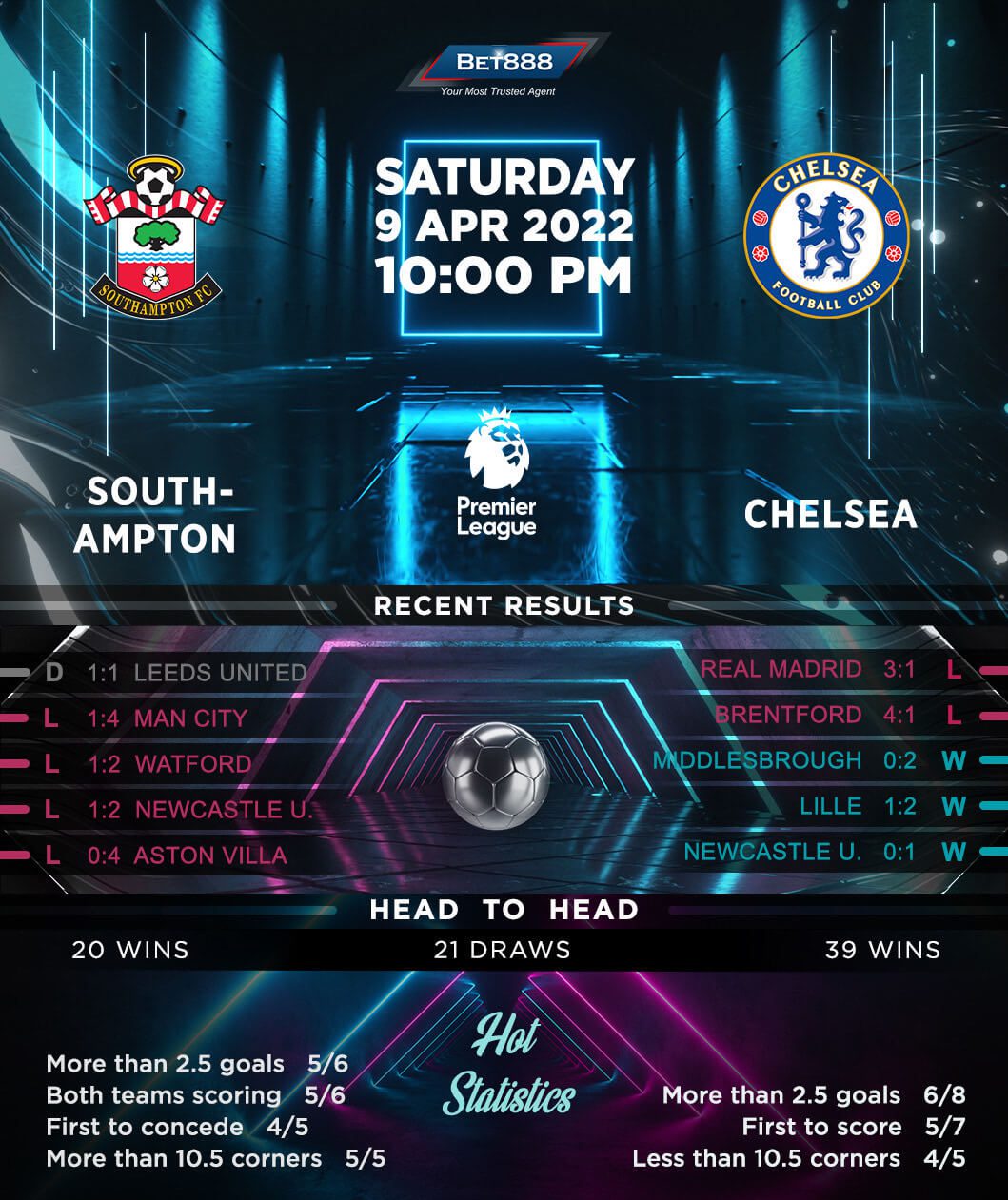