Mid-table Southampton and relegation-battling Everton are set to trade tackles in an exciting Premier League match-up at St Mary’s Stadium.

It’s been a decent start to the new calendar year for mid-table Southampton, as they’ve gone unbeaten in four of their five Premier League outings in 2022 (W2, D2), including a pair of 1-1 draws with the Manchester clubs. Despite losing just once in their 11 Premier League home matches this season, the ‘Saints’ have earned a reputation as the ‘stalemate kings,’ with a league-highest 64% of their home league fixtures ending as a draw (GP11 – W3, D7, L1). A point here may not be bad given the circumstances, as Southampton stare at the prospect of losing three consecutive Premier League matches against Everton for the first time since September 1990 and January 1992. But to achieve that, Ralph Hasenhuttl’s men will have to improve at the back, having failed to keep a clean sheet in any of their last 13 Premier League games.

In the meantime, after losing 3-1 at Newcastle United on his Premier League touchline debut for Everton, Frank Lampard guided his side to an overwhelming 3-0 home win over Leeds United last time out. That victory helped the ‘Toffees’ end a run of six league matches without winning (D1, L5), as they now target back-to-back top-flight triumphs for the first time since September. However, the Merseysiders are the third-worst away Premier League side this season, with just one win from 11 league travels to their name so far (D3, L7). Cagey entries have highlighted Everton’s Premier League season, as no team has scored fewer first-half goals than them (8). So it comes as no surprise that they’ve conceded the opening goal in a league second-highest 73% of their away matches this term (8/11). 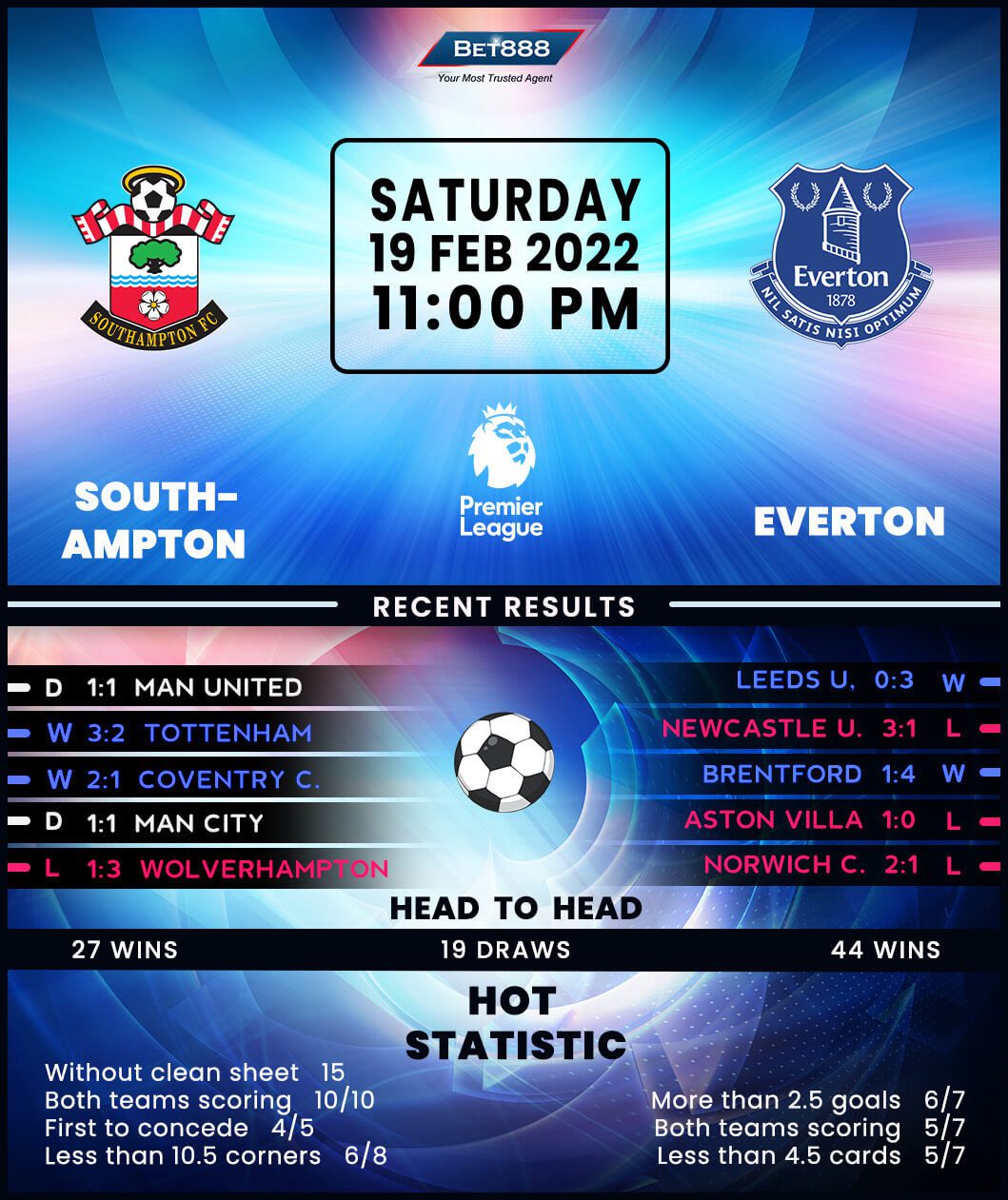