Southampton and Newcastle United are set to trade tackles at St Mary’s Stadium in the first leg of their EFL Cup semi-final tie.

Aston Villa knocked Southampton down from a three-game winning streak in all competitions courtesy of a narrow 1-0 win at the weekend, which kept the ‘Saints’ pinned to the bottom of the Premier League standings. However, Nathan Jones pulled off a massive upset in the previous EFL Cup, netting two unanswered first-half goals in a stunning 2-0 home win over defending Premier League champions Manchester City. That remains Southampton’s only success across their last four competitive home outings (L3), with two of those three defeats coming ‘to nil.’ Three wins away from lifting their maiden EFL Cup title, the ‘Saints’ can draw confidence from progressing from two of their three EFL Cup semi-final ties.

On the other hand, Newcastle United could only manage a tepid 0-0 draw at Crystal Palace at the weekend, their third goalless stalemate in their last four Premier League fixtures (W1). Eddie Howe’s men have failed to impress on their domestic travels since the calendar year flipped to 2023, going winless in all three away matches (D2, L1). That could discourage their bid to end an underwhelming run of back-to-back Carabao Cup trips to face fellow Premier League rivals without winning (D1, L1). However, the ‘Magpies’ have seemingly found the winning formula against Southampton of late, racking up seven victories in their last 11 H2Hs across all competitions (D3, L1). On top of that, they’ve been victorious in their two most recent visits to St Mary’s despite conceding precisely once on both occasions. 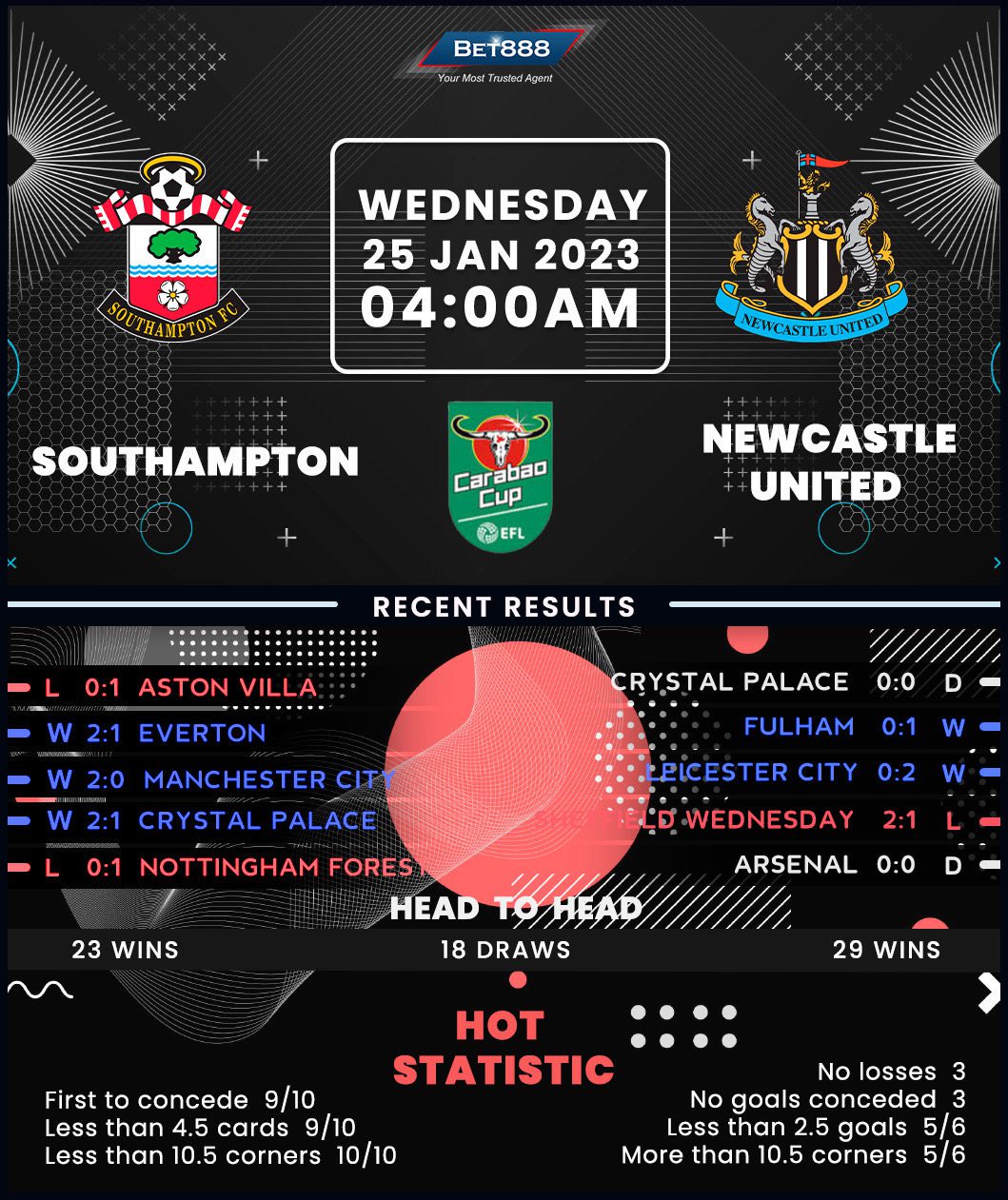