Southampton toppled relegation-threatened Norwich City 2-0 last weekend – their second identical Premier League victory in a row – taking their unbeaten run in all competitions to six matches (W3, D3 – 90mins only). Ralph Hasenhuttl’s men have turned St Mary’s into a fortress since succumbing to a narrow 1-0 defeat to Wolverhampton in September, clocking up a resounding 11-game unbeaten home streak since (W6, D5). Topically, the ‘Saints’ have not lost any of their last seven FA Cup fixtures on home turf (W5, D2), while they’ve held West Ham winless in both Premier League H2Hs this season (W1, D1). Against this backdrop, Southampton have won none of their six FA Cup meetings with the ‘Hammers’ (D3, L3), though this will be their first encounter in the competition at St Mary’s this century.

Meanwhile, West Ham needed Jarrod Bowen’s extra-time heroics to squeeze past lower-league outfit Kidderminster in the previous FA Cup round (2-1). David Moyes’ side eked out a hard-fought 1-0 Premier League win over fellow European bidders Wolves at the weekend, ending a run of consecutive league draws in which they opened the scoring. Yet, excluding extra-time, the ‘Irons’ are winless in their last three away matches across domestic competitions (D2, L1), conceding precisely once before half-time twice in that run of fixtures. Adding to the travelling side’s problems, they have failed to win any of their last nine FA Cup match-ups with fellow Premier League rivals (D3, L6). On the bright side, though, West Ham have held Southampton goalless in their last three Premier League showdowns at St Mary’s (W1, D2). 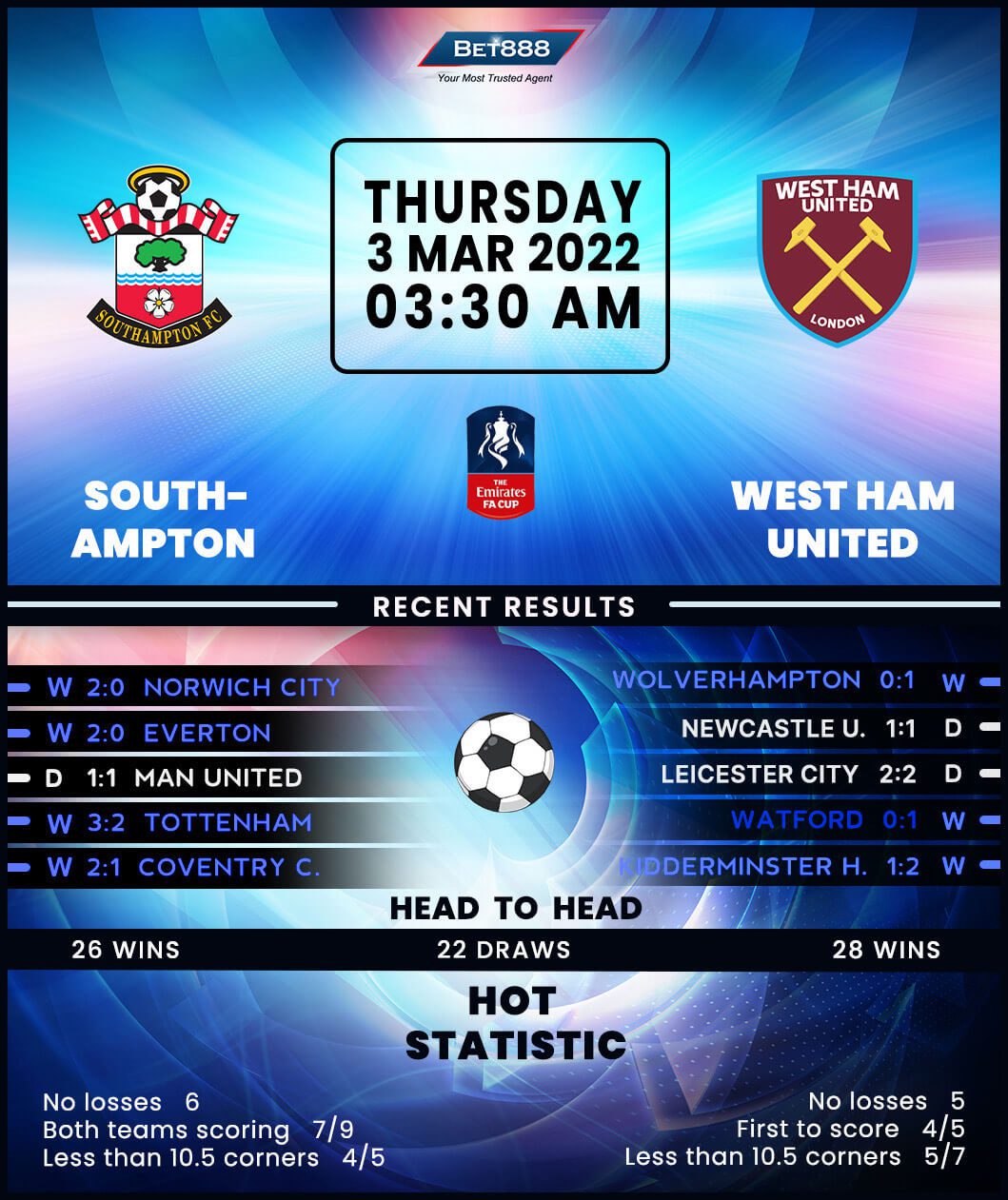