Spain’s preparations for December’s showpiece event are set to kick off at the RCDE Stadium against sub-par Albania this weekend.

Spain have already advanced to Qatar as the 2022 World Cup qualifying Group B winners, sending Sweden to the play-offs, courtesy of a four-match winning streak down the final stretch of the qualifying cycle. Head coach Luis Enrique could be looking to shake things up a bit as part of his bid to get a for the squad that will take a trip to Qatar in a few months. However, ‘La Furia Roja’ will be keen to maintain momentum after winning five of their last six internationals (L1). Yet, Spain’s recent matches have been notably tight, as their last four outings have all featured a single-goal margin (W3, L1), suggesting this could be a close affair. Against this backdrop, six of Spain’s last seven consecutive H2H triumphs over Albania have yielded a winning margin of 2+ goals.

On the other hand, Albania narrowly missed out on the 2022 World Cup play-offs, finishing third in Group I, two points adrift of second-placed Poland. But even though they’ll have to wait another four years to try and get to their first-ever World Cup finals, the Albanians are on a seemingly right trajectory. Barring back-to-back defeats to England and Poland in which they failed to get on the scoresheet, Edoardo Reja’s men have won four of their last six internationals by an aggregate score of 8-0. It’s worth noting that three of those four victories came by the same 1-0 scoreline, highlighting the Albanians’ tendency to keep their matches tight. However, they’ve faltered on the road lately, having won just one of their last five games on hostile turf (D1, L3), netting an average of 0.6 goals per match. 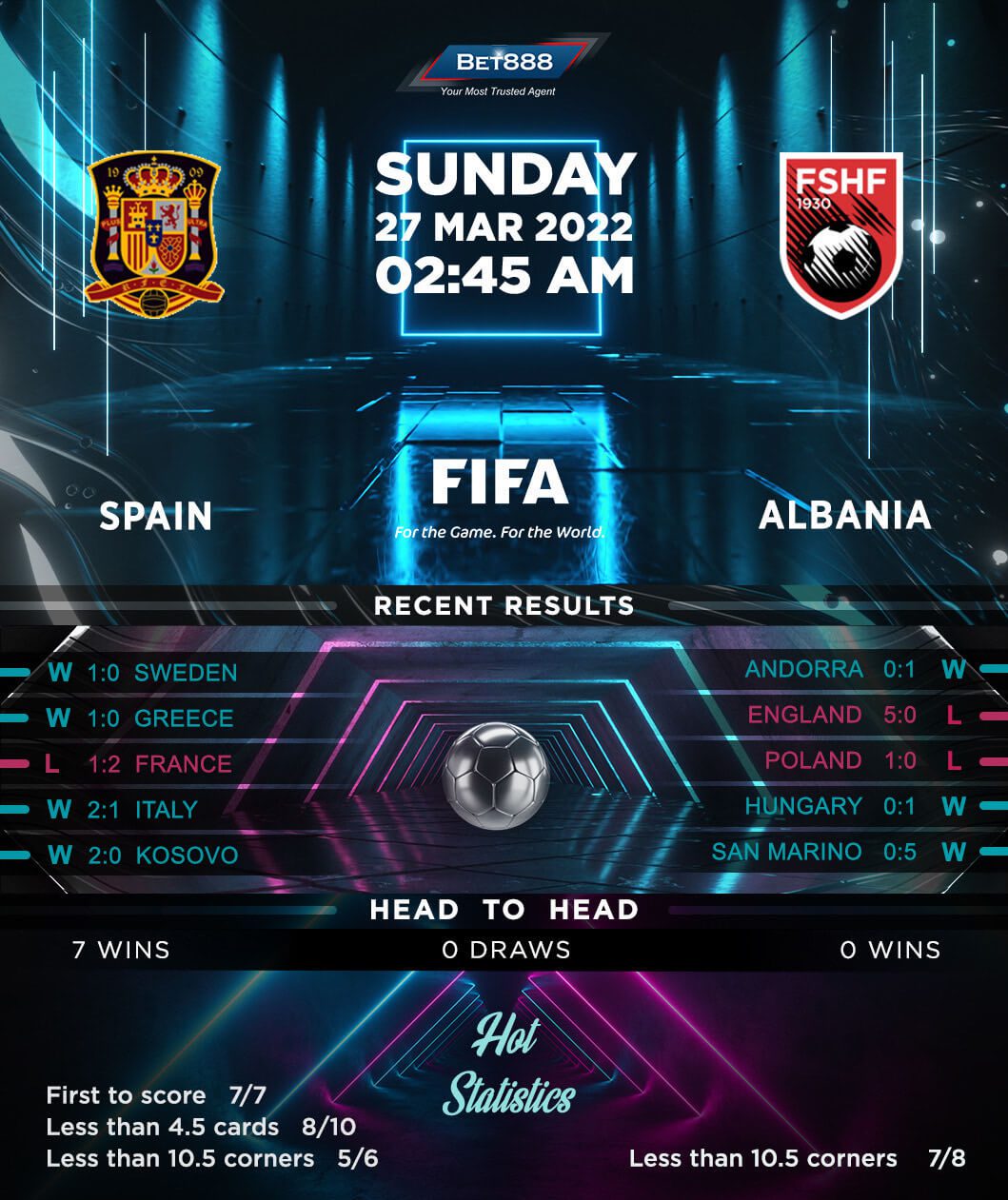