Stadio Alberto Picco is the venue as bottom-half Spezia seek their first-ever Serie A points against European hopefuls Lazio.

Despite picking up just one point from their last three league outings (D1, L2), Spezia are on the verge of securing a third successive Serie A season as they sit eight points clear of 18th-placed Salernitana. However, Thiago Motta’s men will feel obliged to give the home fans something to shout about following a 3-1 defeat to Inter Milan in their most recent Serie A game at Alberto Picco. Keeping things tight at the back will be crucial for the hosts, as four of their five Serie A home victories this season have yielded a clean sheet. That could be easier said than done since they’ve lost all three previous top-flight meetings with Lazio, conceding 2+ goals on each occasion, at an average of 3.33 per game.

As for Lazio, a heartbreaking 2-1 home defeat to AC Milan last time out has snapped their three-game unbeaten Serie A streak (W2, D1), leaving them two points adrift of the Europa League qualification spot. A lack of consistency that has seen ‘I Biancocelesti’ alternate between winning (3) and not winning (D1, L1) across their last five Serie A away matches could strike fear into the hearts of the travelling fans. Only perfection would do for Maurizio Sarri’s men in the remainder of the season if they were to qualify for Europe’s second-tier competition. A run of seven consecutive league victories over Ligurian sides bodes well, as does the fact they scored an eye-catching average of 3.3 goals per match in that sequence. Moreover, Lazio have racked up four wins from their last six Serie A away games (D1, L1), as many as in their 16 league travels beforehand. 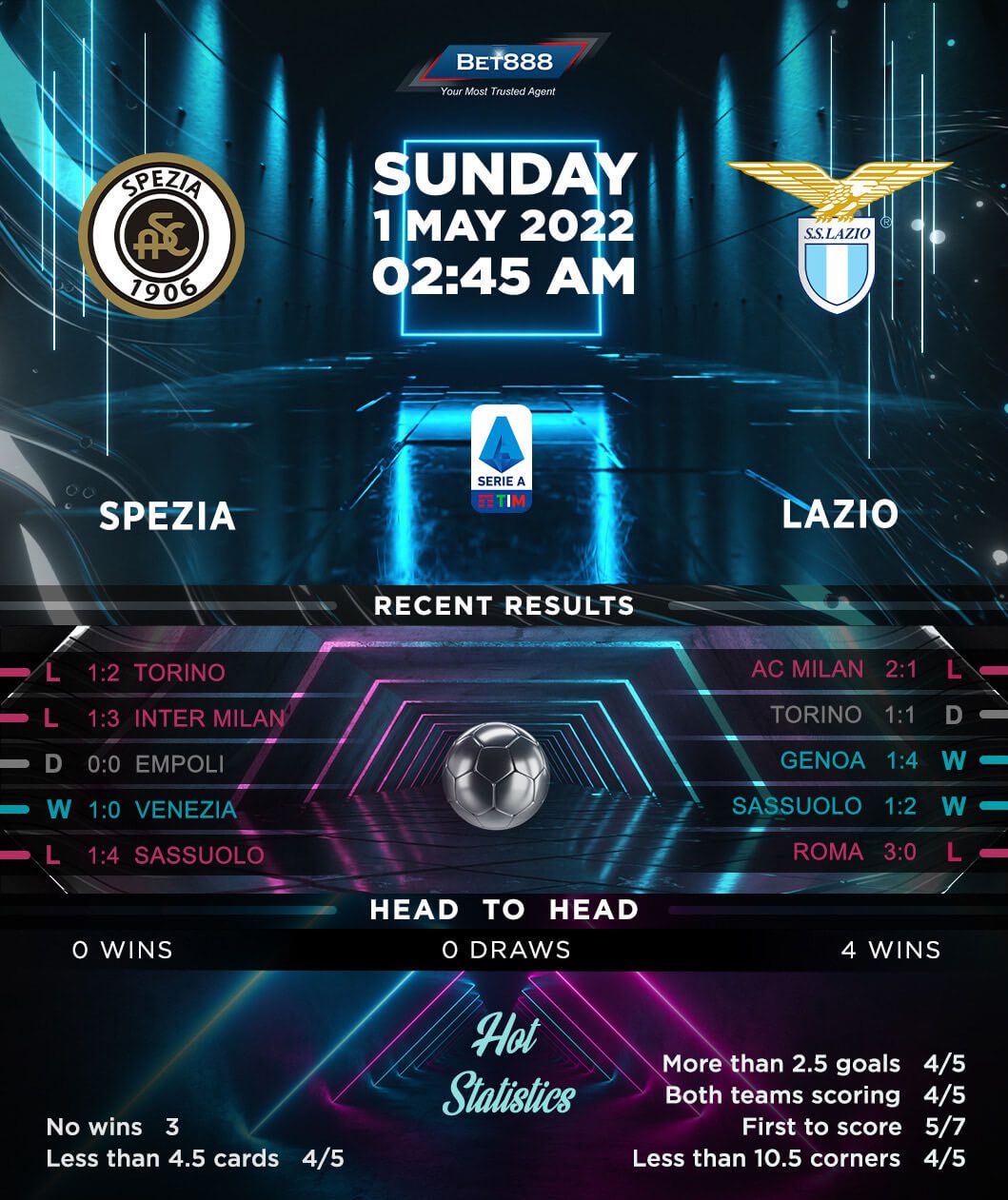