In-form Spezia and top-four hopefuls Roma are set to trade tackles at the Stadio Alberto Picco in what promises to be an evenly-contested Serie A affair.

Following an underwhelming start to his tenure at Spezia, Luca Gotti has won over the ‘Aquilotti’ fanbase, guiding his side to a five-match unbeaten Serie A run for the first time in the club’s brief top-flight history (W2, D3). After dispatching Torino 1-0 last weekend on the back of a goalless home draw with Lecce, Spezia could register three straight Serie A clean sheets for the first time. That would give their hopes of establishing themselves as omnipresent Serie A figures a massive boost, especially following an underwhelming 5-2 Coppa Italia defeat at Atalanta in midweek. Already nine points clear of the drop zone, the hosts have every right to be optimistic about their chances of beating Roma in Serie A for the first time (D1, L3).

However, with Jose Mourinho back in the dugout after serving another suspension, Roma made light work of a ten-man Fiorentina last weekend, cruising to a comfortable 2-0 home win to maintain their 100% unbeaten start to the new calendar year (W3, D1). Except for a comeback 2-2 draw against reigning Serie A holders AC Milan a fortnight ago, ‘I Giallorossi’ have kept a clean sheet in three remaining matches in 2023, though it’s worth noting each of them has taken place on home turf. But Roma’s away league record doesn’t change the narrative, with the visitors suffering just one defeat on their nine Serie A travels this season (W5, D3). Additionally, Mourinho’s men have racked up a league joint-high 25 points against sides starting the matchday in the lower reaches in 2022/23 (W8, D1). 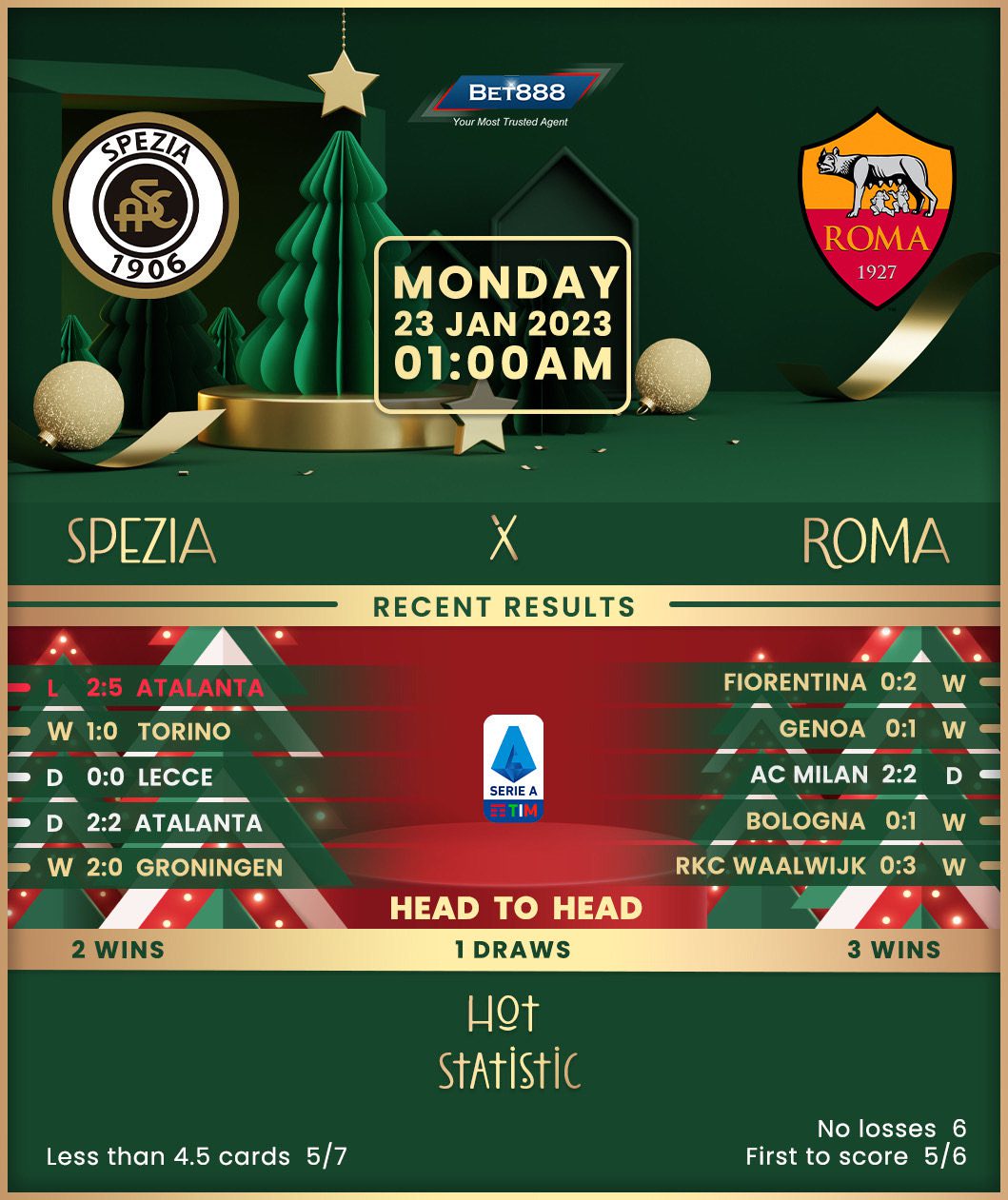