Sporting Braga and Rangers are set to square off at the Estadio Municipal de Braga in the first leg of their UEFA Europa League quarter-final tie.

Braga defied the odds to beat Ligue 1 powerhouse Monaco in the round of 16 and secure their third-ever appearance in the Europa League quarter-finals. Interestingly, following a brace of 2-0 defeats to Rangers and Roma, the ‘Archbishops’ have claimed back-to-back home victories in the Europa League knock-outs this season, with each win coming by 2+ goals ‘to nil.’ Encouraged by a morale-boosting 3-2 home triumph over bitter domestic rivals Benfica at the weekend, Braga will be keen to maintain their inspiring home record in European football. Indeed, they have suffered just two defeats in their last 18 home outings in major European competitions (W11, D5), one of which arrived at the hands of Rangers of all teams. A clean sheet could prove crucial to Braga’s hopes of ensuring an all-important first-leg win. Yet, with just four shutouts from Braga’s last 12 competitive matches, it could be easier said than done.

Ranger’s first Europa League quarter-final appearance since 2007/08 came as the reward for their eye-catching aggregate triumphs over Borussia Dortmund (6-4) and Red Star Belgrade (4-2). Overall, the ‘Gers’ have progressed from six of their 11 quarter-final ties, while they came out victorious in their only previous European knock-tie against Braga. Rangers won both legs of their Europa League last-32 tie in 2017/18 by a single-goal margin and they’ll be looking to replicate that feat again. However, the visitors’ defensive frailties have seen them fail to keep a clean sheet in their last seven away matches across major European competitions. Moreover, they’ve only won one of their seven Europa League games on the road this season (D2, L4), while their overall away record in the competition’s knock-outs reads indifferently (W3, D3, L2). 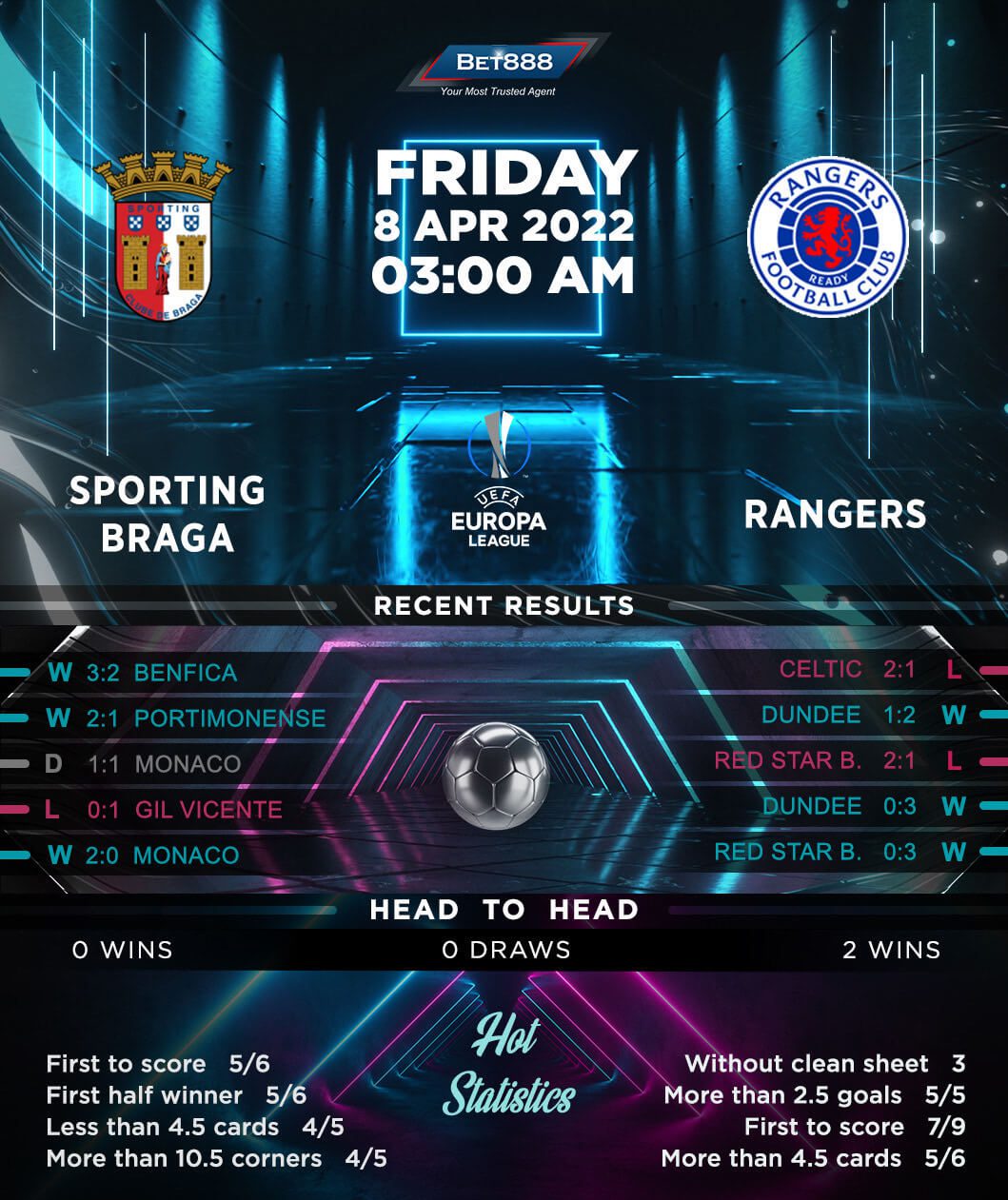