Since a 1-1 draw away to San Jose Earthquakes in late May, none of Sporting KC’s last four Major League Soccer fixtures have ended level. But they found themselves on the losing side in three (W1), including a lacklustre 3-0 defeat at Seattle Sounders last time out. Things aren’t pretty for the ‘Wizards’ by any stretch of the imagination, as they’ve lost both previous home league games by a single-goal margin after going unbeaten in three beforehand (W1, D2). New York’s visit won’t make Sporting KC’s life any easier, yet a run of three unbeaten home league H2Hs (W1, D2) sounds promising. It’s also worth noting that they’ve scored precisely twice in their last two such match-ups.

Meanwhile, New York Red Bulls have struggled with inconsistent performances of late, alternating between victories (3) and defeats (3) across their last six MLS outings. Interestingly, five of those six results (win/loss) yielded a full-time margin of 2+ goals, with four featuring an identical 2-0 scoreline. That scoreline has been a common theme in NYRB’s three most recent away league fixtures (L3). It means Gerhard Struber’s men need to work their socks off to get back to winning ways and potentially post their first MLS victory at Sporting KC since October 2014. But you’d have to go back to early May to find New York’s last away league triumph (D1, L3 since). 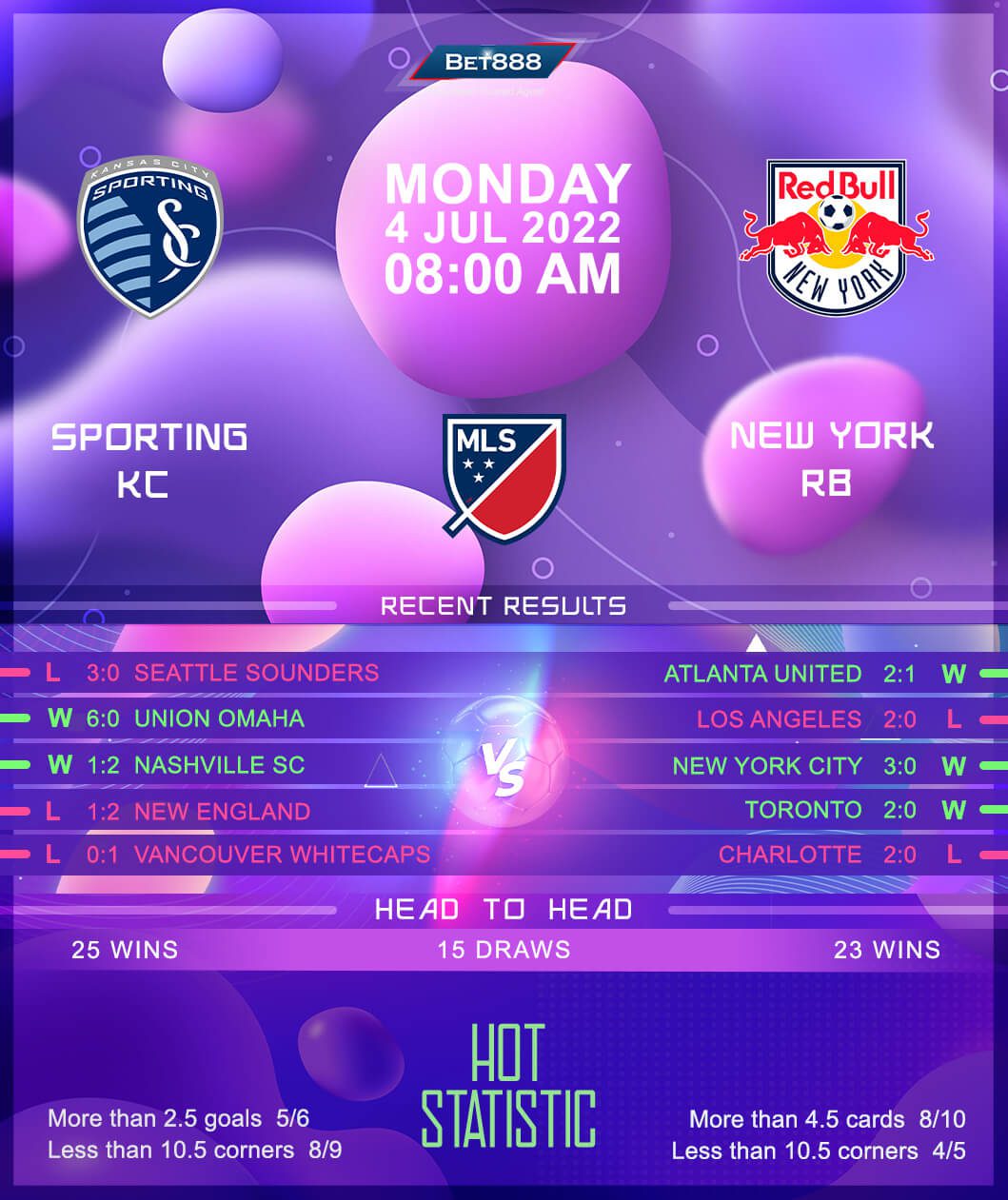