Sat in third ahead of the kick-off, albeit level on points with second-placed Dortmund, Sporting could make one of the most memorable Champions League group stage comebacks in recent history. Indeed, after losing their opening two Group C fixtures by an aggregate score of 6-1, the Portuguese side looked on the verge of exiting the competition. However, a return of back-to-back wins over Besiktas in which they scored eight goals and conceded just one in return means the ‘Lions’ could leapfrog Dortmund into second if they can land their first Champions League H2H points (L3). Sporting’s overall struggle against German opponents remains a genuine concern. The Portuguese outfit have lost more matches (10) and conceded more goals (32) versus Bundesliga clubs in the Champions League than sides from any other country.

Meanwhile, Dortmund’s two-game winning start to this Champions League campaign has been undone by a brace of defeats to Ajax on Matchdays 3 and 4 as they now have a ‘make-or-break’ fixture on their hands. Though ‘Die Borussen’ boast a positive historical record against Portuguese clubs in major European competitions (W9, L4), each of those four defeats have arrived away from home. It should be an added motive for Dortmund to go for broke to pick up the three points in Lisbon and ensure qualification for the Champions League knock-outs for the fourth season running. However, after losing three of their last four competitive away fixtures (W1), Marco Rose’s men have a point to prove in the Portuguese capital. Curiously, both of Dortmund’s last two competitive travels have seen over 2.5 goals and both teams scoring, which was the case in their only previous visit to the Estádio José Alvalade. 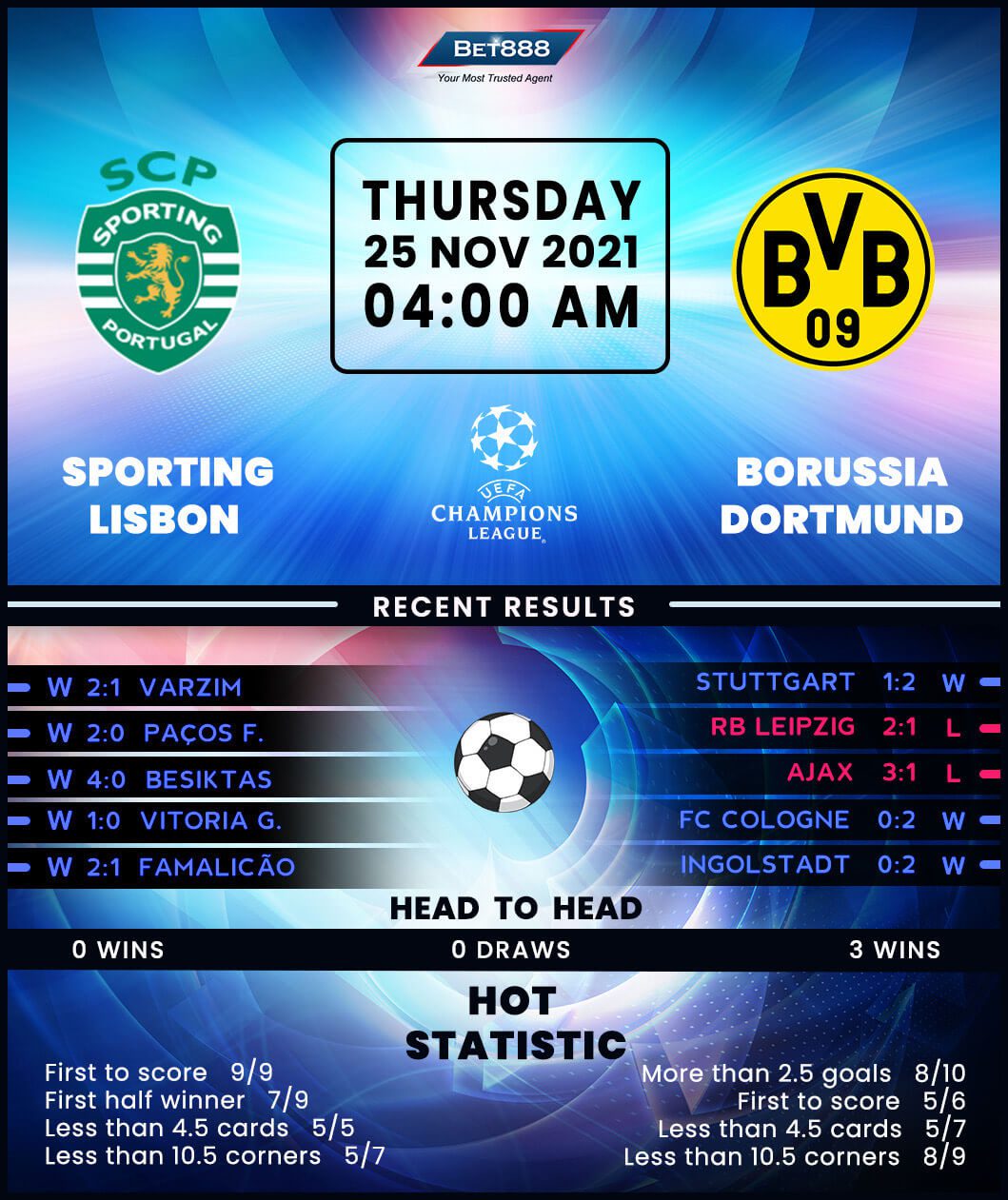