Edgeley Park is the venue as Stockport County and Charlton Athletic face each other in the replay of their second-round FA Cup tie.

The prospects looked bleak for fourth-tier Stockport County before this tie, yet an enthralling 2-2 draw in the initial contest earned them home comforts in this ‘winner takes all’ rematch. It proved a catalyst to reinvigorate mid-table League Two underachievers as they thrashed fellow fourth-tier opponents Hartlepool 5-0 on the road last time out. Moreover, barring a 2-1 home defeat to League Two pacesetters Leyton Orient in mid-November, the ‘Hatters’ have gone unbeaten in nine of their previous ten competitive fixtures (W7, D2). Stockport’s rock-solid backline has provided the backbone for the team’s recent purple patch, with Dave Challinor’s men registering an eye-catching seven clean sheets across their last ten outings. They’ll need to put on another resilient defensive showing if they’re to shut Charlton out for the first time since 1998.

Indeed, since a 3-0 trouncing 24 years ago, visiting Charlton Athletic have netted 2+ goals in six subsequent H2H encounters against Stockport, averaging 2.83 goals per game in that sequence. That’s in line with Charlton’s free-scoring form of late, with the ‘Addicks’ bagging at least two goals in four of their last six outings in all competitions. That said, Anthony Hayes’ side slipped to a 1-0 home loss to fellow League One rivals Cheltenham in the build-up to this clash. Since they’ll take the field on the back of a horrendous five-game winless streak (D2, L3), it’s no wonder the Valley powerbrokers relieved underperforming manager Ben Garner of his duties on the eve of this fixture. It’s now up to caretaker boss Hayes to inspire Charlton’s renaissance. 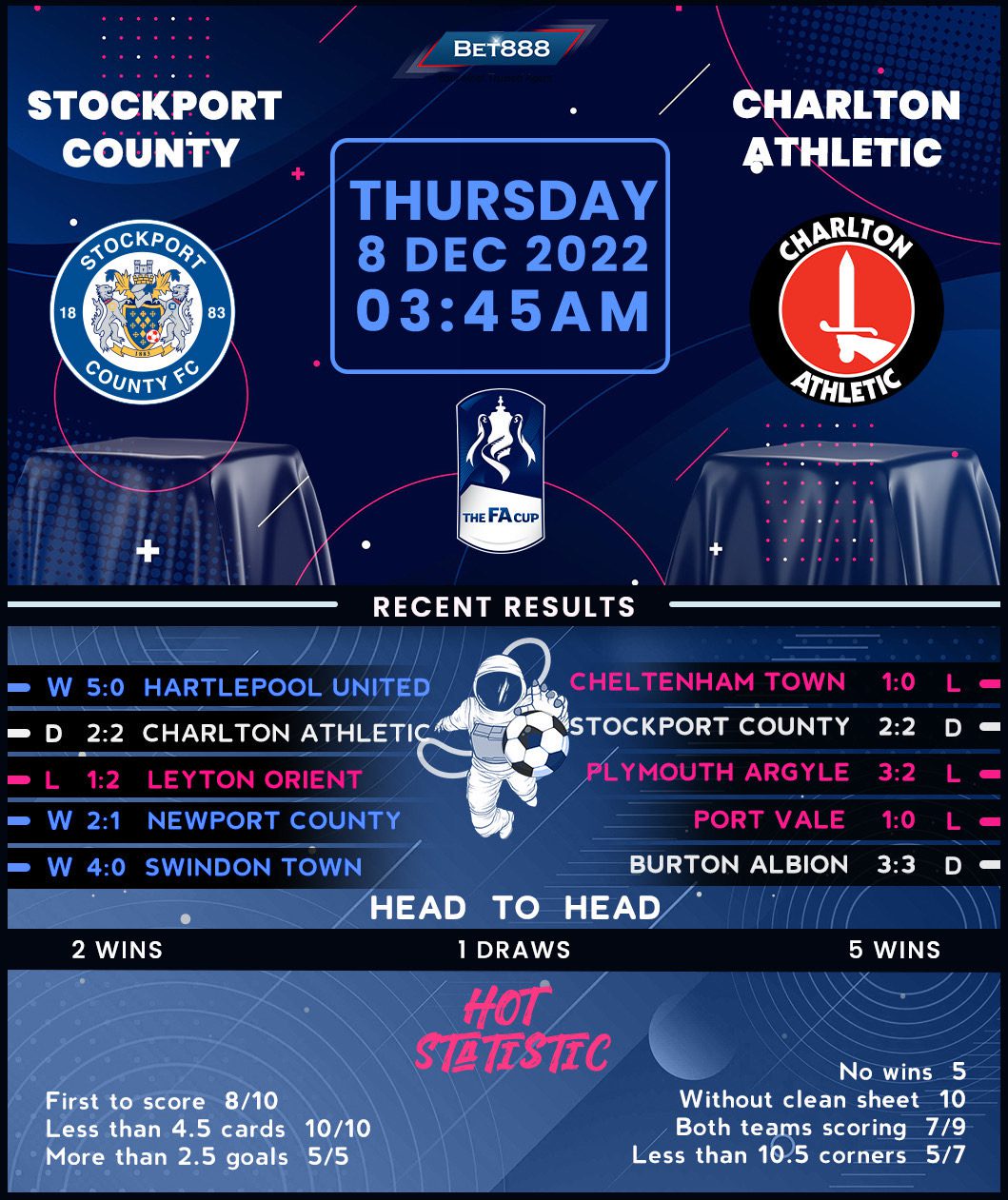