The two sides that have had identical returns from their last three Bundesliga games (W1, L2) will meet at the Mercedes-Benz Arena as Stuttgart meet Wolfsburg.

None of Stuttgart’s last five Bundesliga matches have ended in a draw (W2, L3), with four of those results (win/loss) seeing the victor score at least twice. Action-packed football in the early stages has highlighted Stuttgart’s recent league fixtures as four of the last five have seen the opener scored within 20 minutes of play. After losing back-to-back Bundesliga matches, ‘Die Schwaben’ face the prospect of losing three consecutive top-flight games for the first time since the turn of 2019. Ahead of this encounter, Pellegrino Matarazzo’s men have racked up a three-game winning league streak against Wolfsburg at home, winning their last two such clashes ‘to nil.’ Topically, three of Stuttgart’s four Bundesliga victories at home this season have yielded a clean sheet, including the last two.

Meanwhile, Wolfsburg have suffered a dip in form heading into this fixture, as they’ve gone from three consecutive Bundesliga triumphs to back-to-back defeats, both of which have seen them concede 3+ goals. In fact, the visitors have conceded seven goals in their last two top-flight outings, as many as they managed in their previous 13 in the competition. Since a 2-2 draw at Union Berlin on Matchday 15, none of Wolfsburg’s subsequent seven away Bundesliga matches have ended level (W5, L2), with ‘Die Wolfe’ alternating victory (2) and defeat (2) in their last four league trips. Oliver Glasner’s men tend to shut out their opposition when winning away from home, as witnessed by the fact that 83.33% of their road Bundesliga triumphs this season have been ‘to nil’ (5/6). 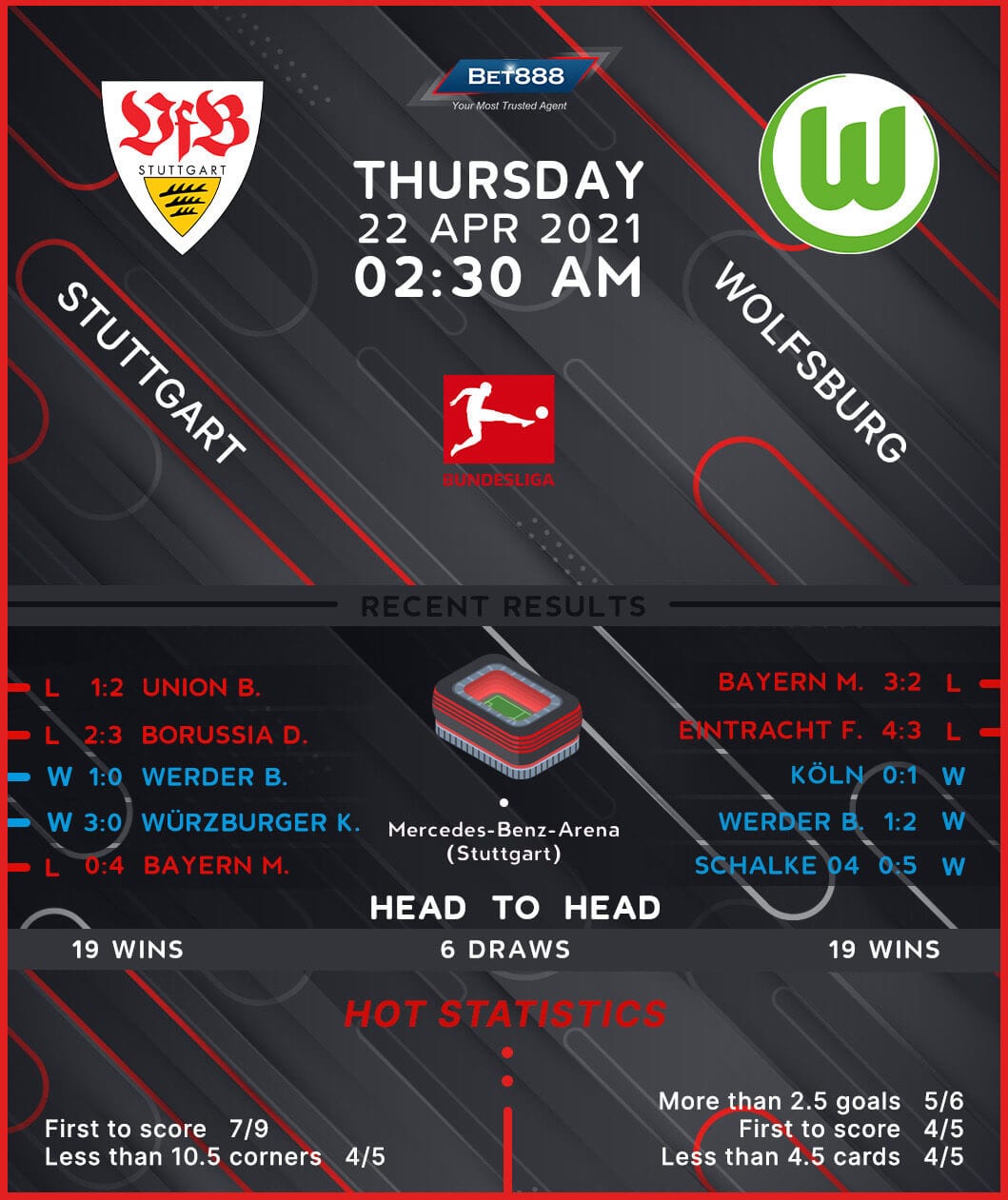