Sweden and Greece will trade tackles at Friends Arena in a World Cup qualification Group B second-place six-pointer.

Since suffering Euro 2020 last-16 heartache to Ukraine, Janne Andersson’s men have won three of their subsequent four internationals (L1), netting 2+ goals in each triumph in that sequence. A commanding 3-0 home victory over Kosovo last time out has put Sweden back in contention for automatic qualification for Qatar 2022. Indeed, the hosts head into proceedings trailing Group B pacesetters Spain by a single point. Inspired by a 100% win ratio in the ongoing World Cup qualifying campaign on home turf (W3), the ‘Blaguit’ will be looking to utilize their game-in-hand over the Nations League runners-up to reach the top of the section. The home supporters may not have to wait long for their heroes to get on the scoresheet, with Sweden scoring before half-time in all three Group B fixtures at home.

In the meantime, Greece’s hopes of returning to a major tournament are hanging in the balance, even though they take the field as the only nation in Group B yet to lose a World Cup qualifier (W2, D3). After playing out three identical 1-1 draws at the beginning of their World Cup qualifying campaign, the visitors have racked up back-to-back victories, including a 2-1 success against Sweden in the reverse fixture back last month. Another win here would solidify the Greeks’ chances of reaching the World Cup finals for the first time since 2014, as they sit three points adrift of second-placed Sweden. That could be easier said than done, though, considering they’ve returned just two victories from their last six internationals on foreign soil (D3, L1), friendlies included. 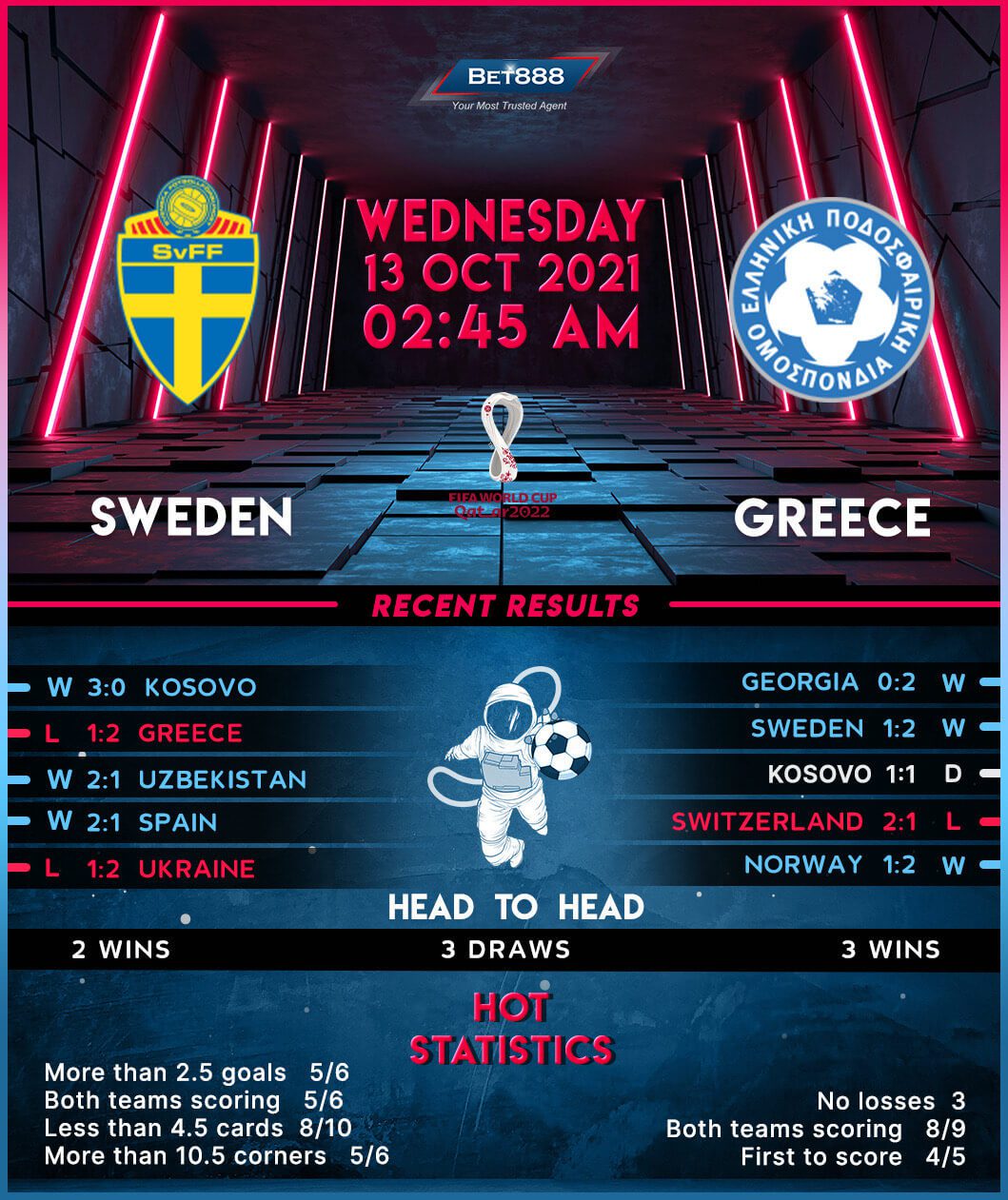