The Korea Republic will be looking to book their tickets for the upcoming World Cup finals when they take on a lowly Syria at the Zabeel Stadium.

It’s been a thoroughly disappointing adventure for Syria in the third stage of World Cup qualifying as they’ve failed to win any of their seven Group A matches (D2, L5), losing the last two in a row by 2+ goals ‘to nil.’ After holding the UAE to a 1-1 draw in their opening third-round home fixture, the Syrians have lost their subsequent two World Cup qualifiers at home, conceding precisely three goals on each occasion. Lapses of concentration in the early stages have seen five (71.43%) of Syria’s home goals conceded in the third stage come before half-time. Another underwhelming midweek experience is on the cards, considering that the ‘Qasioun Eagles’ have lost both previous World Cup qualifying H2Hs after falling behind.

Meanwhile, despite going unbeaten in all seven World Cup qualifiers in Group A so far (W5, D2), the Korea Republic’s performances have flattered to deceive. Paulo Bento’s men have netted a paltry average of 1.28 goals per third-stage qualifier, scoring precisely once in three of their last four such fixtures. Keeping a clean sheet could be of the essence, with both Korea’s away wins in the ongoing cycle seeing them keep their hosts at bay. Entertainment aside, a victory here would fire the ‘Taegeuk Warriors’ directly to Qatar 2022 as they start this round sitting eight points clear of third-placed UAE. Yet, success in Dubai is not a foregone conclusion by any stretch of the imagination, with the Koreans only winning one of their three away H2Hs (D2), friendlies included. 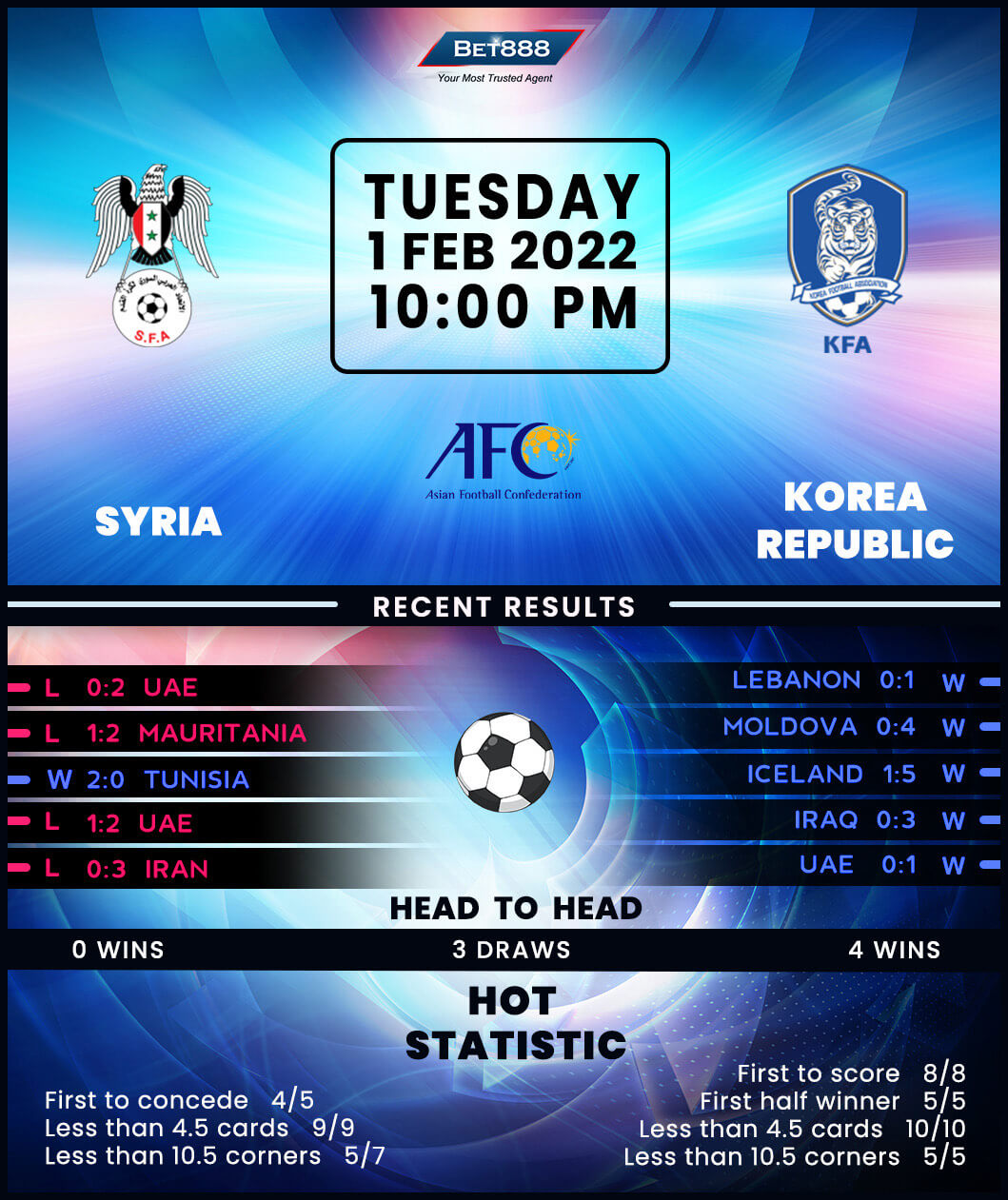