Gameweek 2 of AFC Cup Group H gets underway this midweek as PSM Makassar head to the KLFA Stadium to take on Tampines Rovers.

Tampines head into proceedings off the back of a 2-0 home triumph over domestic rivals Geylang International. It helped them put a two-game losing streak to bed and register their first clean sheet since September 2021. Indeed, Tampines’ defensive woes had seen them concede at least one in 11 successive outings prior to the abovementioned success. Still, despite their problems at the back, the ‘Stags’ have suffered just one defeat in seven competitive home fixtures in 2022 (W4, D2). Notably, Gavin Lee’s men scored 2+ goals in all six games they didn’t lose in that seven-game period, averaging 3.33 goals per match.

Meanwhile, PSM Makassar could only manage a goalless home draw with Kuala Lumpur on the opening matchday. Unfortunately for the visitors, that stalemate forms part of their underwhelming three-game scoreless run across all competitions (D2, L1). Speaking of PSM’s scoring problems, since a 2-2 draw with Persela Lamongan in mid-March, they’ve averaged just 0.42 goals per game in their subsequent seven outings. Things are looking equally bad on the road, as they’ve failed to get on the scoresheet on four of their last six competitive travels. On the bright side, a 1-0 win at Arema last time out arrested their sticky patch of six winless away matches (D3, L3). 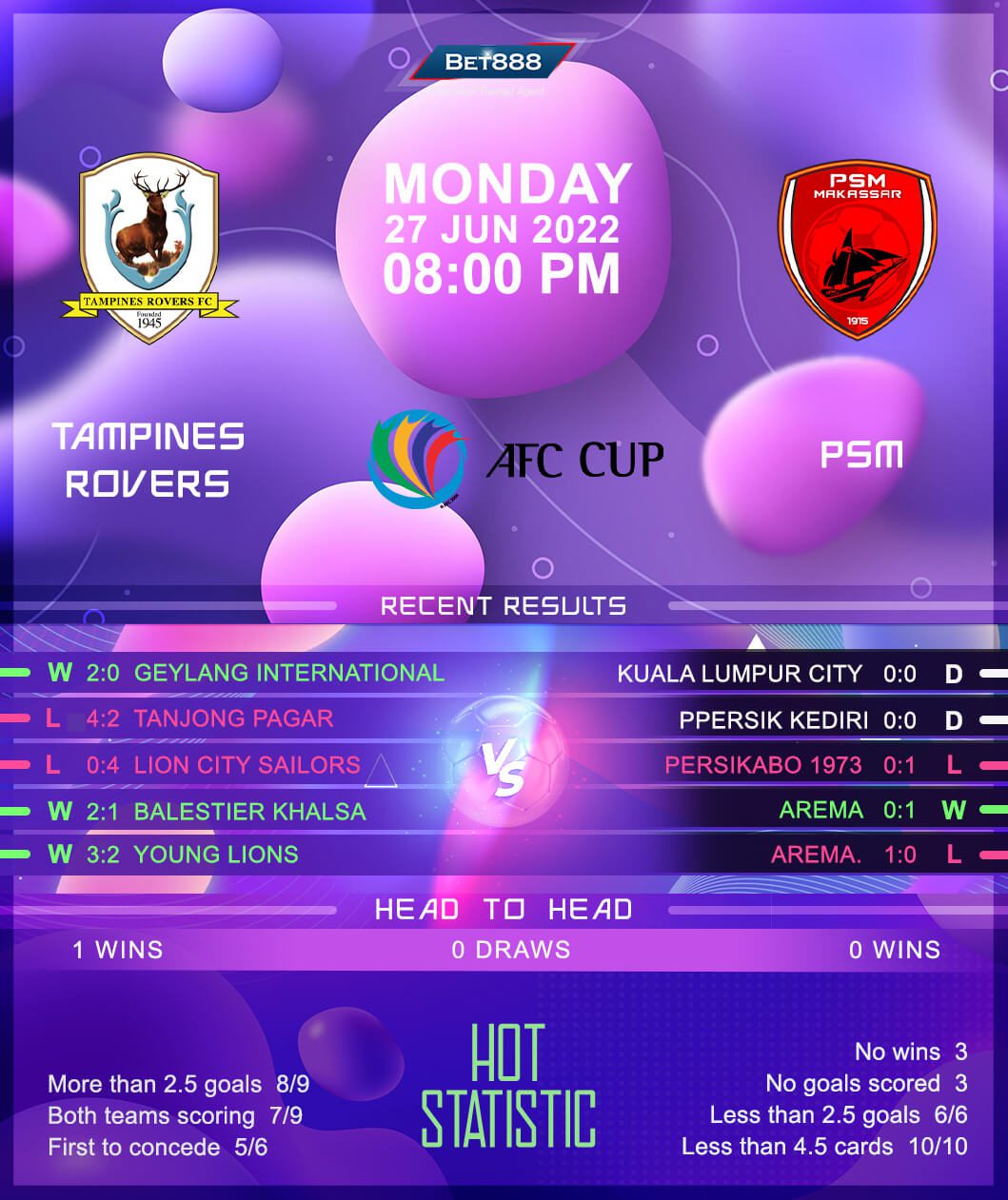