Terengganu 2 slipped to an embarrassing 3-0 defeat away to UiTM last time out, seeing their three-game winning league streak go out of the window. But the ‘Turtles’ remain firmly embroiled in the race for a top-two finish as they currently sit only three points adrift of Premier League pacesetters Kelantanta, in fourth. Worryingly, a lack of consistency has seen Terengganu II alternate between winning (3) and not winning (D1, L1) across their last five home league outings. Since four of those five games featured under 2.5 overall goals, the Stadium Sultan Ismail Nasiruddin Shah crowd could be in for a cagey, low-scoring affair.

In the meantime, visiting Kuching City have enjoyed a noticeable upturn in form, going from back-to-back league matches without winning (D1, L1) to three consecutive victories. All three wins witnessed the ‘Cats’ concede precisely once, with two of them yielding an identical 2-1 scoreline. Since losing their opening 2022 Premier League trip to Johor DT II, Kuching City have gone undefeated in four consecutive away league fixtures (W2, D2), scoring on either side of half-time in three. The visitors will need that scoring prowess at its finest if they are to arrest a four-match winless H2H league streak (D1, L3). 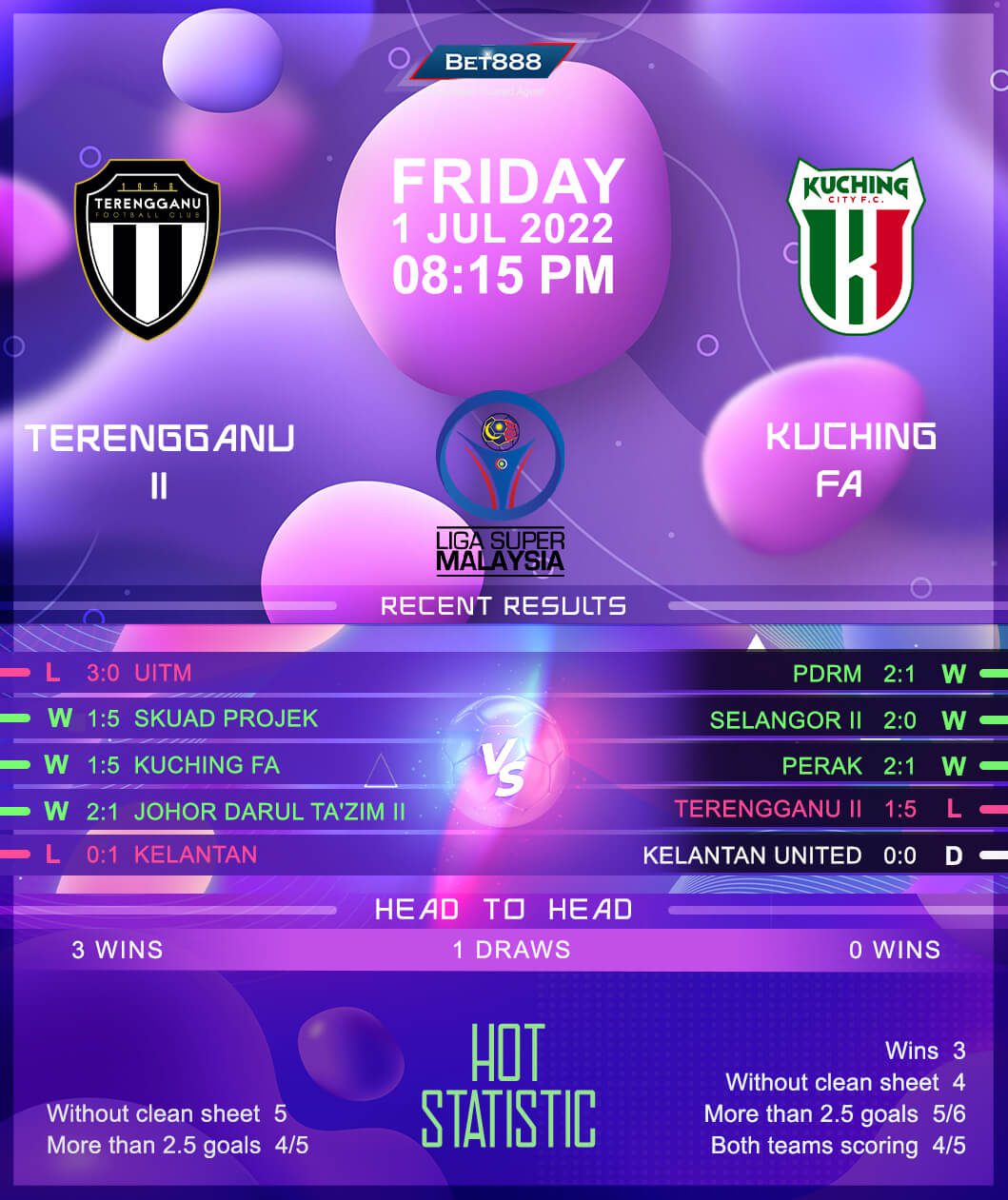