Terengganu’s three-game winning league streak took a knock-out blow as they conceded on either side of halftime in a 2-1 defeat at Penang last time out. The home side’s ‘winner takes all’ philosophy has seen none of their opening six 2022 Malayasian Super League matches end level (W3, L3). But they have been nothing if not consistent at the Sultan Mizan Zainal Abidin Stadium, winning both top-flight home outings by an identical 2-0 scoreline. Indeed, you’d have to go back to September 2021 to find Terengganu’s last competitive home reverse. They head into proceedings unbeaten in eight competitive home fixtures (W7, D1), notably scoring 2+ goals in all seven victories in this run.

On the other hand, Negeri Sembilan showed no mercy to Sri Pahang last time out as they strolled to an overwhelming 3-0 home triumph to arrest a run of three winless league matches (D2, L1). The visitors’ rampant start to the new Malaysian Super League season has seen them go unbeaten in nine of their opening ten league fixtures (W5, D4). It’s still too early to talk about Negeri’s chances of landing their first top-flight title since 2016. Yet, a three-point deficit on table-topping Johor DT gives the travelling supporters every reason to dream big. On top of that, the ‘Jangs’ have yet to lose a league game on the road this season (W2, D3). 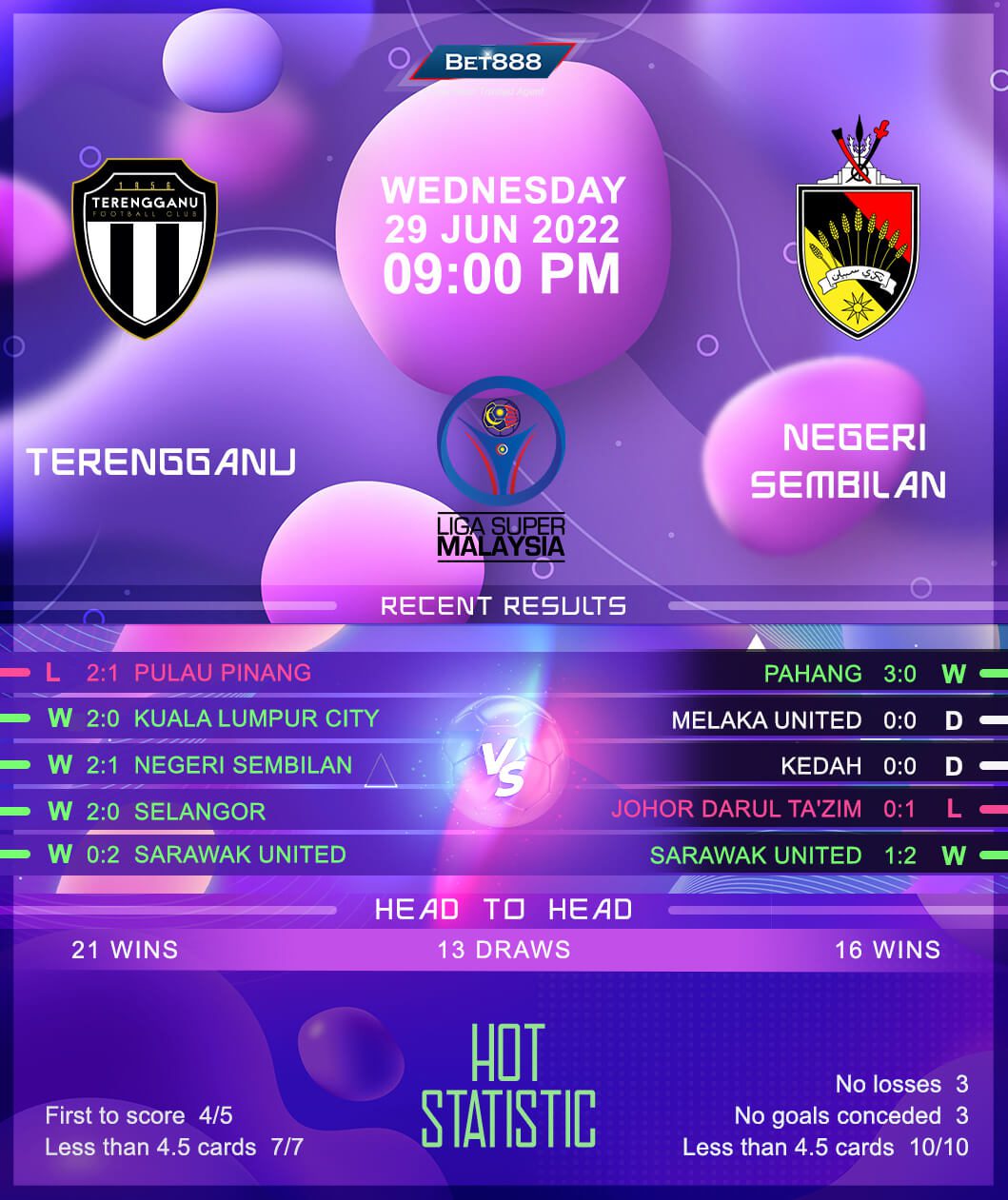