The 2022 AFC U-23 Asian Cup gets underway this midweek as Thailand U-23 take on Singapore U-23 in their Group C curtain-raiser at the Visakha Stadium,

Since a 1-0 defeat at the hands of Saudi Arabia in January 2020, Thailand U-23 have gone unbeaten in their last three international fixtures (W1, D2), conceding just once in that run of games. After two failed attempts to make it out of the AFC U-23 Asian Cup group stages, Thailand reached the quarter-finals in the most recent tournament edition in 2020. However, it’s worth noting that the ‘War Elephants’ have only won one of their previous ten matches at the final AFC U-23 Asian Cup tournament (D3, L6), racking up a decent average of 1.1 goals scored per game, though. That should be encouraging heading into their first-ever meeting with their Singapore counterparts.

In the meantime, Singapore U-23 delivered a mixed bag of performances in the AFC U-23 Asian Cup qualification (W1, D1, L1), with two of those three fixtures seeing over 3.5 goals and both teams scoring. But including friendlies, the ‘Young Lions’ have suffered just one defeat from their six international fixtures since the turn of 2021 (W4, D1), courtesy of a 5-1 thumping at the hands of the Korea Republic last time out. They have only kept two clean sheets in that six-game period, showing tremendous defensive frailties. But despite securing their inaugural appearance at the final tournament, Singapore will have to defy the odds to overcome Thailand here. 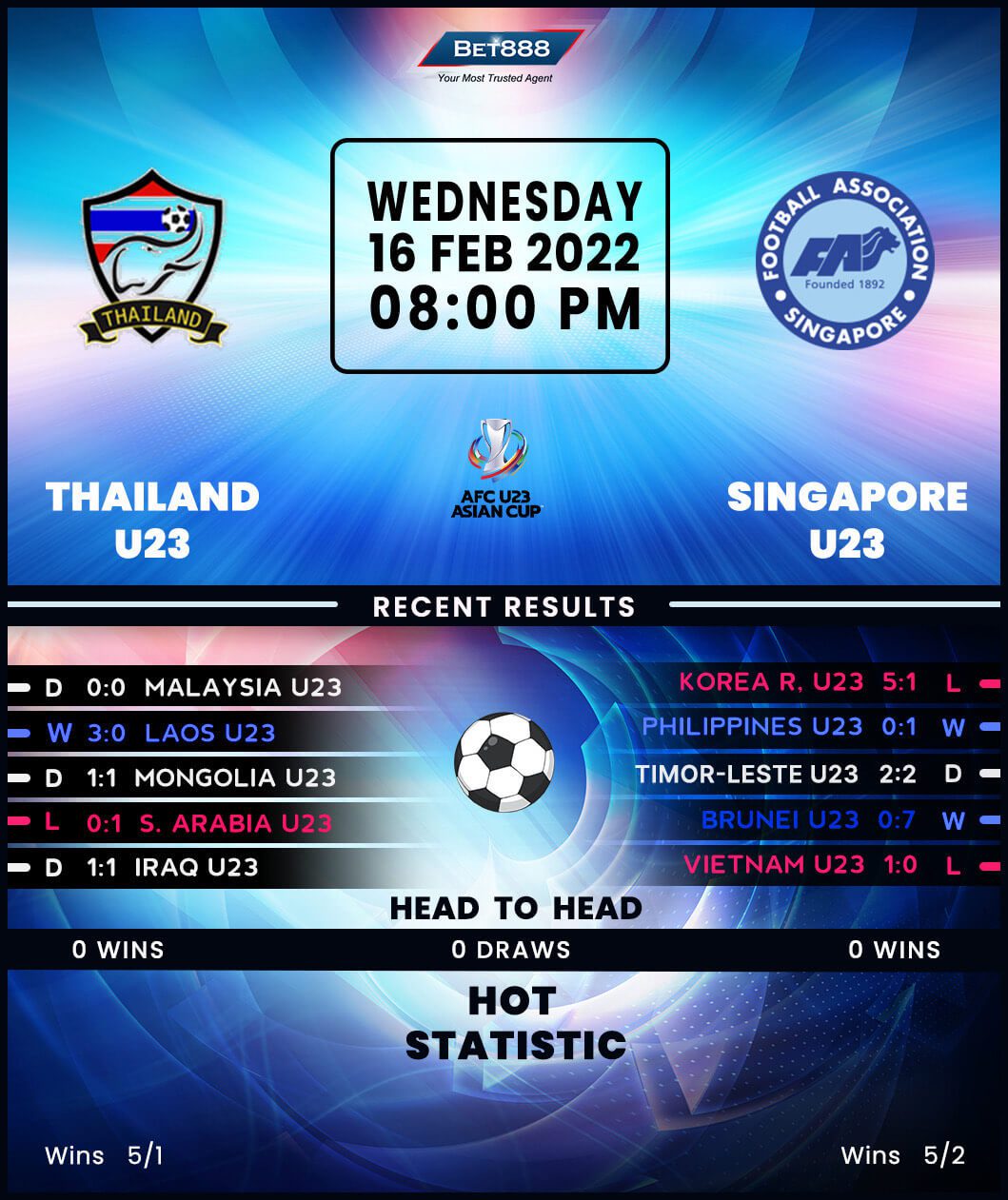