Chonburi Stadium will play host to an all-Asian international friendly between Thailand and Nepal.

Thailand have experienced a noticeable upturn in form in the build-up to this fixture, going from seven international matches without winning (D3, L4) to picking up six wins from their last eight outings (D2). Alexandre Polking’s men have been relentless in the front third of late, netting 2+ goals in seven of their previous eight international fixtures, including the last two in a row. Since losing 1-0 to Malaysia in the World Cup qualifying back in June 2021, the ‘War Elephants’ have gone unbeaten in their last four home internationals (W2, D2), keeping three clean sheets in that period while scoring an average of 2.00 goals per game.

Meanwhile, Nepal have won their double-header over Mauritius by the same 1-0 scoreline to set themselves up nicely for this encounter. However, they had gone three consecutive internationals without winning beforehand (D1, L2), failing to get on the scoresheet in both defeats in that sequence. Still, the ‘Gorkhalis’ have been fun to watch on the road of late, with three of their last four internationals on hostile turf featuring 3+ total goals. Unfortunately, each of those three high-scoring fixtures saw Nepal concede 2+ goals, at an average of 3.0 per match. With four scoring blanks from their last seven road trips, a lack of defensive stubbornness could be a massive concern for head coach Abdullah Al Mutairi. 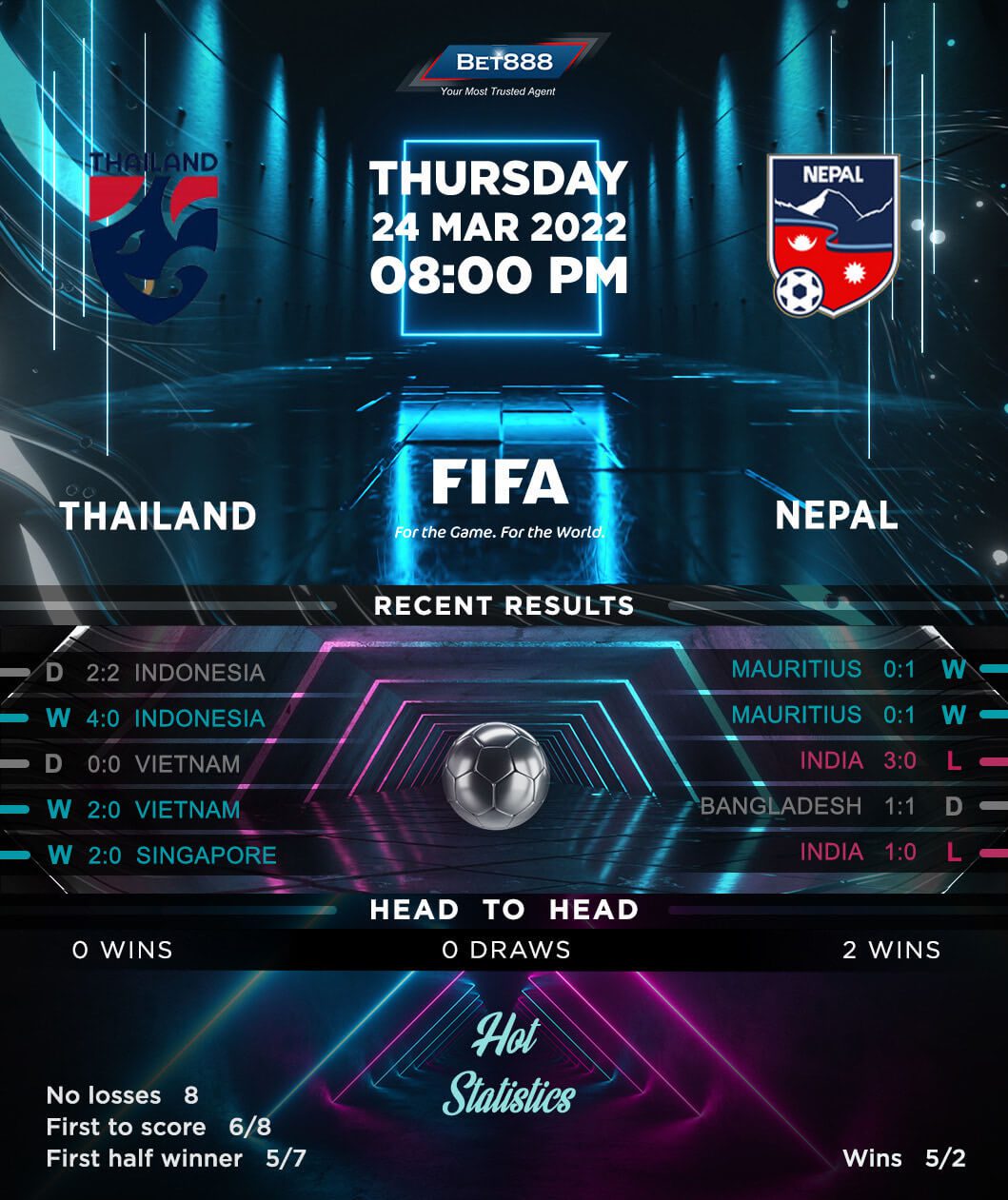