Sri Nakhon Lamduan Stadium is the venue as Thailand and Turkmenistan go head-to-head in an all-Asian international friendly.

Thailand have enjoyed a stellar 2022 so far. Following a 2-2 draw with Indonesia in their inaugural international fixture this calendar year, the ‘War Elephants’ have won their last three matches on the trot by an aggregate score of 6-1. Coming into this encounter, Thailand dispatched Bahrain 3-1 and could win back-to-back internationals by multi-goal margins for the first time since December 2021. There’s plenty of reason for optimism in Alexandré Pölking’s camp, as his Thailand side remains unbeaten in their last 11 international games (W9, D2) since a narrow 1-0 home defeat to Malaysia in their final 2022 World Cup qualifying fixture. More importantly, Pölking’s men have kept five clean sheets in their seven subsequent internationals on home soil (W5, D2).

In the meantime, Turkmenistan came close to defying their current position in FIFA’s rankings (#134) and secure a place at the upcoming World Cup finals, only to finish third in Group H, a point adrift of second-placed Lebanon. Despite their hopes of making it to their first-ever final tournament came to a cropper, the ‘Karakum Warriors’ will show up in Sisaket in high spirits following a ‘goal-friendly’ 3-2 win over Lebanon last time out. However, Said Seyidow’s lads could be a bit out of the pace, as this will be their first international fixture since June 2021. Turkmenistan’s recent away form explains why the odds are stacked against them, with no win from their last three internationals on hostile turf (D1, L2). 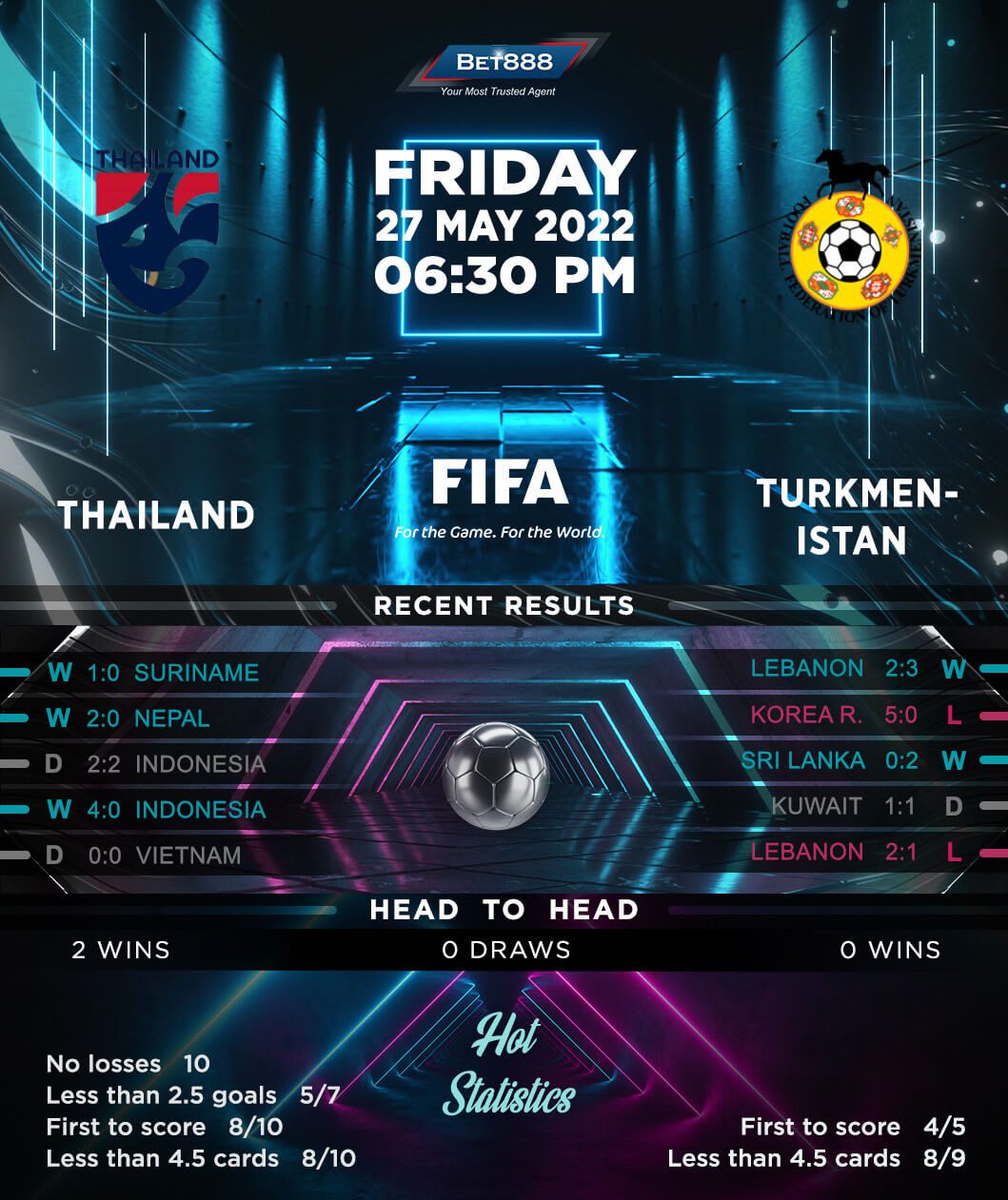