Torino’s hopes of interfering in the European promotion race will be on the line when relegation-threatened Venezia arrive at the Stadio Olimpico Grande Torino.

Back-to-back Serie A victories by an aggregate score of 6-1 catapulted Torino to a flying start to the new calendar year, but they’ve since gone winless in two league matches on the bounce (D1, L1). With European ambitions now within reach, Torino will be looking to build on their impressive eight-game unbeaten Serie A run at home (W6, D2). ‘I Granata’ are one win/draw away from equalling their longest unbeaten home streak in the competition since April 2017 (nine that time). Adding to the home side’s confidence, they have racked up seven victories in their last nine Serie A matches against Venezia at home (D1, L1). What’s more, cagey entries have witnessed Ivan Juric’s side concede a league-low seven first-half goals in Serie A this season.

Meanwhile, Venezia come into this matchday in the midst of a rough patch, having failed to win any of their last ten Serie A games in a row (D3, L7) since a narrow 1-0 triumph at Bologna in mid-November. With their survival hopes now on ice, Paolo Zanetti’s men seem unlikely to improve their disappointing away record this Serie A campaign (W2, D3, L6). A lack of bounce-back ability has seen Venezia fail to win any of their 14 Serie A fixtures after conceding the opening goal this season (D5, L9), though it’s worth noting that one of those five draws came against Torino in the reverse fixture. Additionally, ‘I Lagunari’ enter this round as one of just four Serie A sides yet to hit double digits on the road this term, having scored just seven goals in 11 league travels so far. 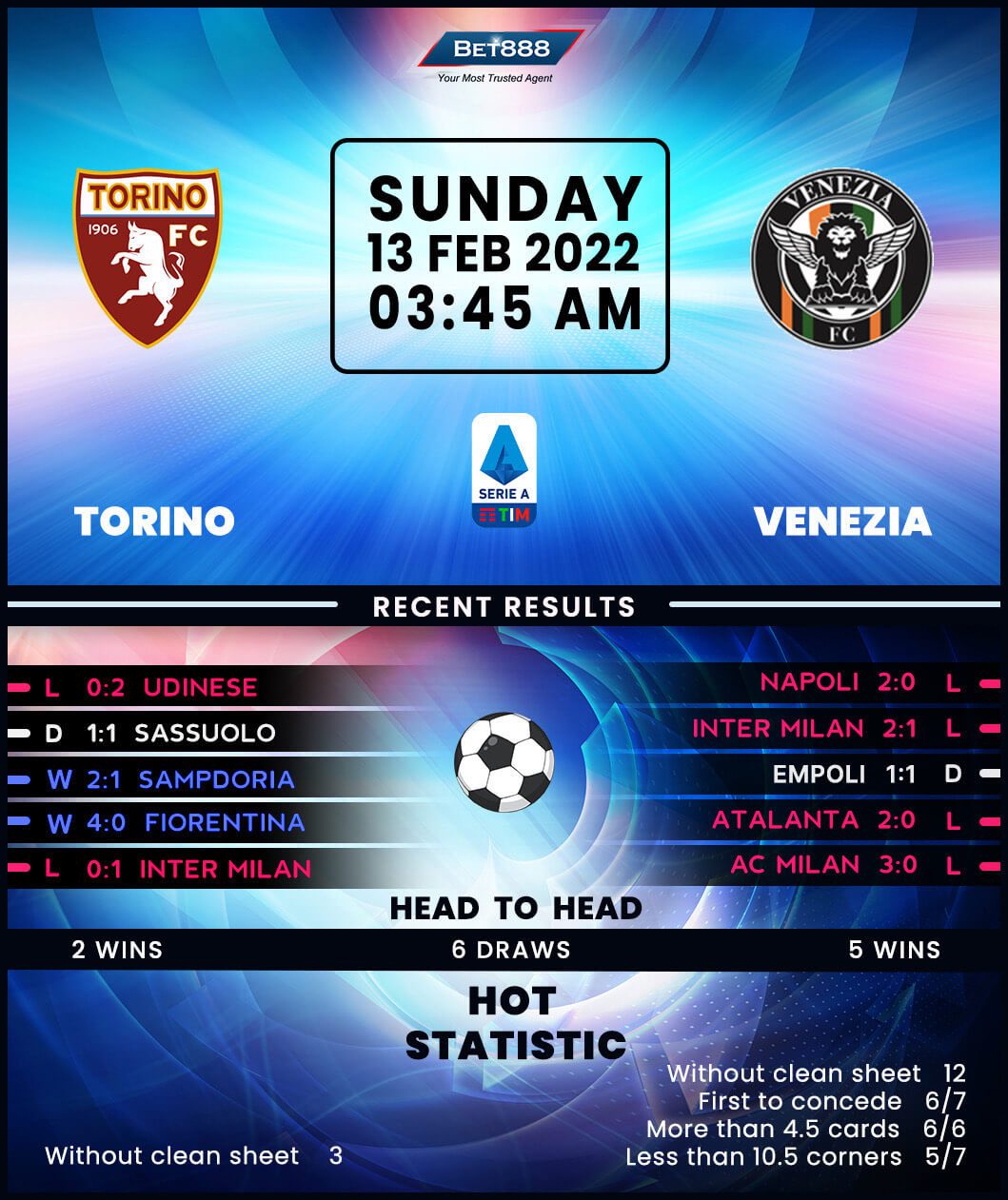