A heartbreaking toppling at the hands of Championship outfit Middlesbrough in midweek FA Cup action has rolled on Tottenham’s exhausting wait for silverware. Back to the Premier League, ‘Spurs’ will hope to build upon a clear-cut 4-0 triumph away to Leeds United last time out as part of their bid to whittle down a six-point deficit on fourth-placed Arsenal. However, Antonio Conte’s men have struggled with inconsistent performances of late, alternating between victories (2) and defeats (2) across their last four Premier League outings, with three of those matches won/lost seeing the winner on the day keep a clean sheet. Therefore, Everton’s visit to the nation’s capital comes at an opportune moment for Tottenham, who have gone unbeaten in 17 of their last 18 Premier League H2Hs (W8, D9), courtesy of a 1-0 loss in their most recent league match-up at this stadium.

In the meantime, Everton appear to be sinking without a trace despite investing heavily in the January transfer window and appointing Frank Lampard their new manager at the expense of Rafael Benitez. Since a comprehensive 3-0 over Leeds on Lampard’s Premier League touchline debut at Goodison, the ‘Toffees’ have lost back-to-back league games without scoring. A run of six defeats from their last seven Premier League fixtures (W1) sees Everton enter this round a mere one point clear of 18th-placed Burnley. Despite holding two games in hand on the ‘Clarets,’ Everton are gearing up for a terrifying fight against the drop. Lampard’s men have won none of their last ten Premier League matches on hostile turf (D2, L8), their longest such streak in a single season in the competition since 2003/04. 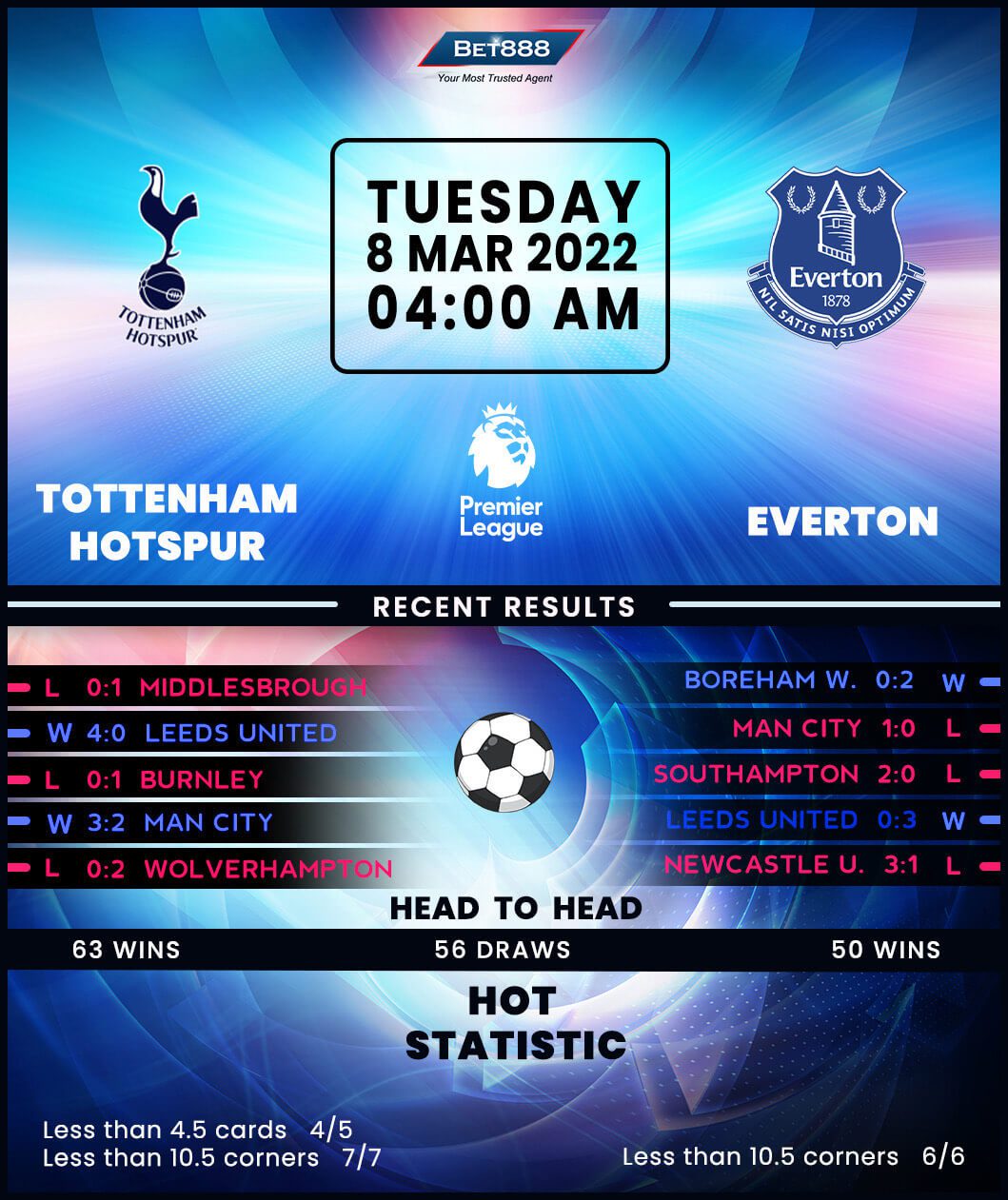