Tottenham’s bid to qualify for the Champions League for the first time in three years is on thin ice after back-to-back winless Premier League matches (D1, L1) pushed them two points below fourth-placed Arsenal. After netting a staggering 25 goals in seven Premier League outings, ‘Spurs’ have failed to attempt a single shot on target in their last two league games, including a 1-0 defeat to Brighton & Hove Albion in their most recent home league fixture. Following a 2-0 reverse in this exact fixture last season, Tottenham could lose consecutive home league H2Hs for the first time since 1999. With none of their six Premier League home contests in 2022 ending level (W3, L3), the Tottenham Hotspur Stadium could be in for another ‘double or nothing’ affair.

Meanwhile, Leicester fought back to hold Roma to a 1-1 home draw in midweek Europa Conference League action, extending their winless streak in all competitions to four matches (D3, L1). Since a 2-0 beating of relegation-battling Burnley in early March, the ‘Foxes’ have alternated between draws (2) and losses (2) across their last four Premier League travels, netting under 1.5 goals on each occasion. Indeed, Brendan Rodgers’ men have picked up just one triumph from their 11 previous Premier League away games (D4, L6), with the abovementioned win at Burnley their solitary clean sheet in 23 league matches on the road. Conceding first could spell disaster for Leicester’s hopes of avenging an epic 3-2 defeat in the reverse fixture, as Leicester are winless in all eight Premier League away outings in which they shipped the opening goal this season (D2, L6). 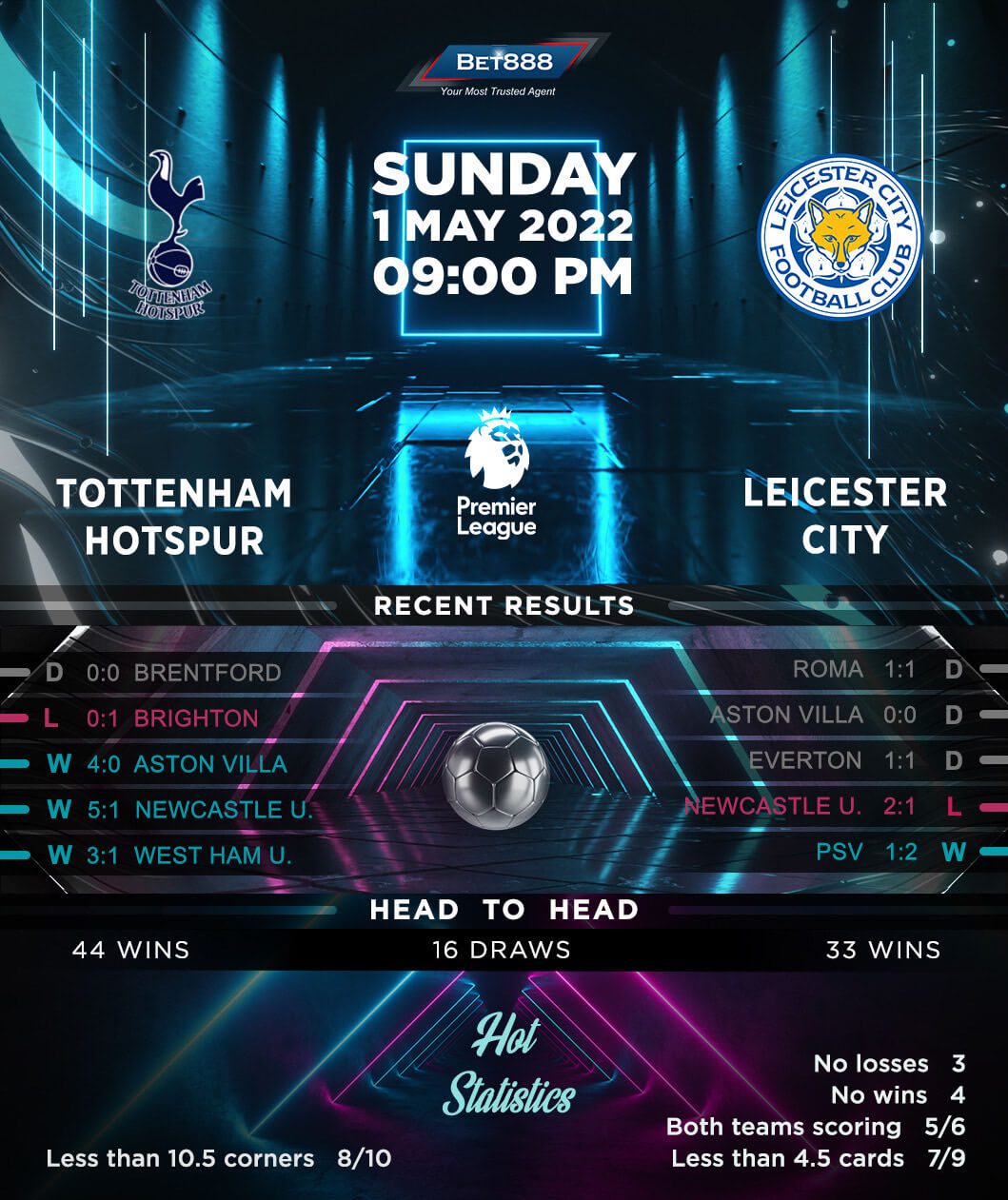