Hoffenheim head into proceedings in the midst of a purple patch after winning their last four Bundesliga matches in a row by an aggregate score of 7-2. A victory away from equalling the club’s longest winning streak in the Bundesliga, ‘Die Kraichgauer’ are looking to solidify their position in the top-four run-in and boost their hopes of qualifying for the Champions League group stages for the second time. Even though they are set to entertain the most formidable domestic rival, there is plenty of reason for optimism in the home camp. Hoffenheim have won three of their last five Bundesliga meetings with Bayern in Sinsheim (L2), keeping two clean sheets in the process. What’s more, Sebastian Hoeneß’s men have only lost twice in their 12 home league outings this season (W8, D2). They have won three of their last four Bundesliga home games (L1), netting 2+ goals in each triumph.

Fresh from a 7-1 thumping of RB Salzburg in midweek Champions League action, Bayern Munich will be looking to return to winning ways in the Bundesliga after drawing 1-1 with Bayer Leverkusen last time out. Though Bayern’s indifferent four-game form in Germany’s top-flight (W2, D1, L1) cast doubt on their hopes of winning a record-extending 32nd Bundesliga title, a nine-point lead on current runners-up Borussia Dortmund looks healthy. But the ‘Bavarians’ have won just 16 points from their eight Bundesliga matches in the second half of the season, their worst points tally in the post-Christmas period in ten years. Indeed, Julian Nagelsmann’s men have dropped eight points from winning positions in the second half of the season, five more than they had in the entire first half of the current Bundesliga campaign. 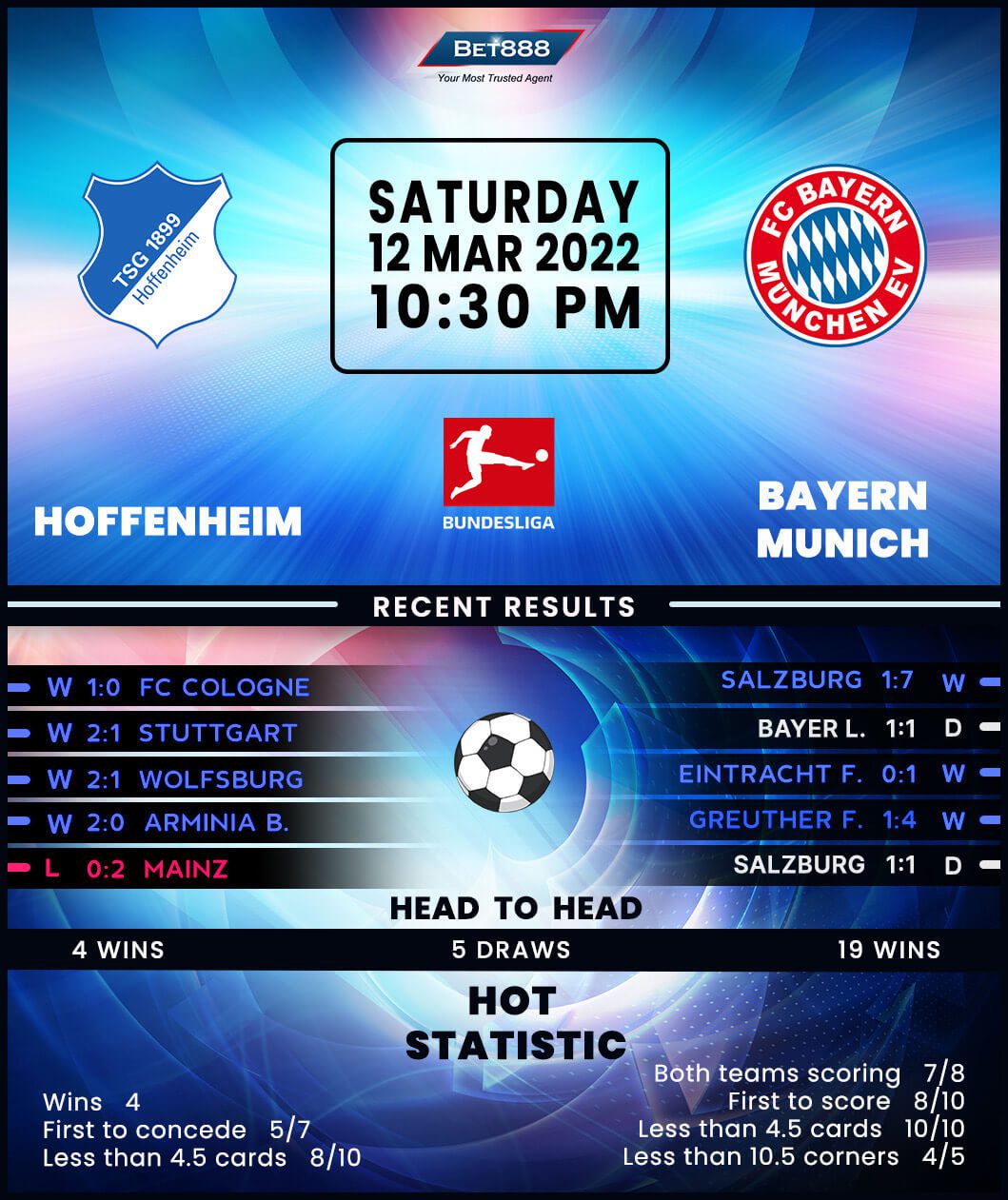