Turkey’s preparations for the upcoming Euro finals begin at the Bahçeşehir Okulları Stadium as they meet Azerbaijan in an international friendly.

The hosts have been in fine form since the turn of 2020, having suffered just two defeats in 11 games, friendlies included (W3, D6). Since succumbing to a 2-0 away defeat to Hungary in the UEFA Nations League, the ‘Crescent-Stars’ have reeled off a series of impressive performances, netting 3+ goals in each of their subsequent three matches in all competitions (W2, D1). Delivering action from the get-go, Turkey netted precisely two first-half goals each time during that three-game sequence. Additionally, the Turks have bagged 2+ goals in each of their last five home fixtures, including friendlies. Having that said, Senol Gunes’ men have scored under 1.5 goals in three of their last four meetings with Azerbaijan (W2, D1, L1), with each of their four strikes across those encounters coming in the second half of play.

Meanwhile, the visitors have gone from four consecutive goalless draws to three defeats in a row, all of which came by a single-goal margin, with the last two producing the same 2-1 scoreline. Away from home, Gianni De Biasi’s players have struggled in front of goal lately, having drawn a blank in six of their last eight road trips while scoring precisely once in each of the remaining two. Before being defeated 2-1 by Qatar in their most recent game on the road, each of Azerbaijan’s previous seven fixtures held on foreign soil had seen one or both sides fail to find the net in matches garnering under 2.5 FT goals. Adding to this sentiment, they have lost each of their three previous trips to Turkey without scoring, though it’s worth noting that this is their first such contest since October 2011. 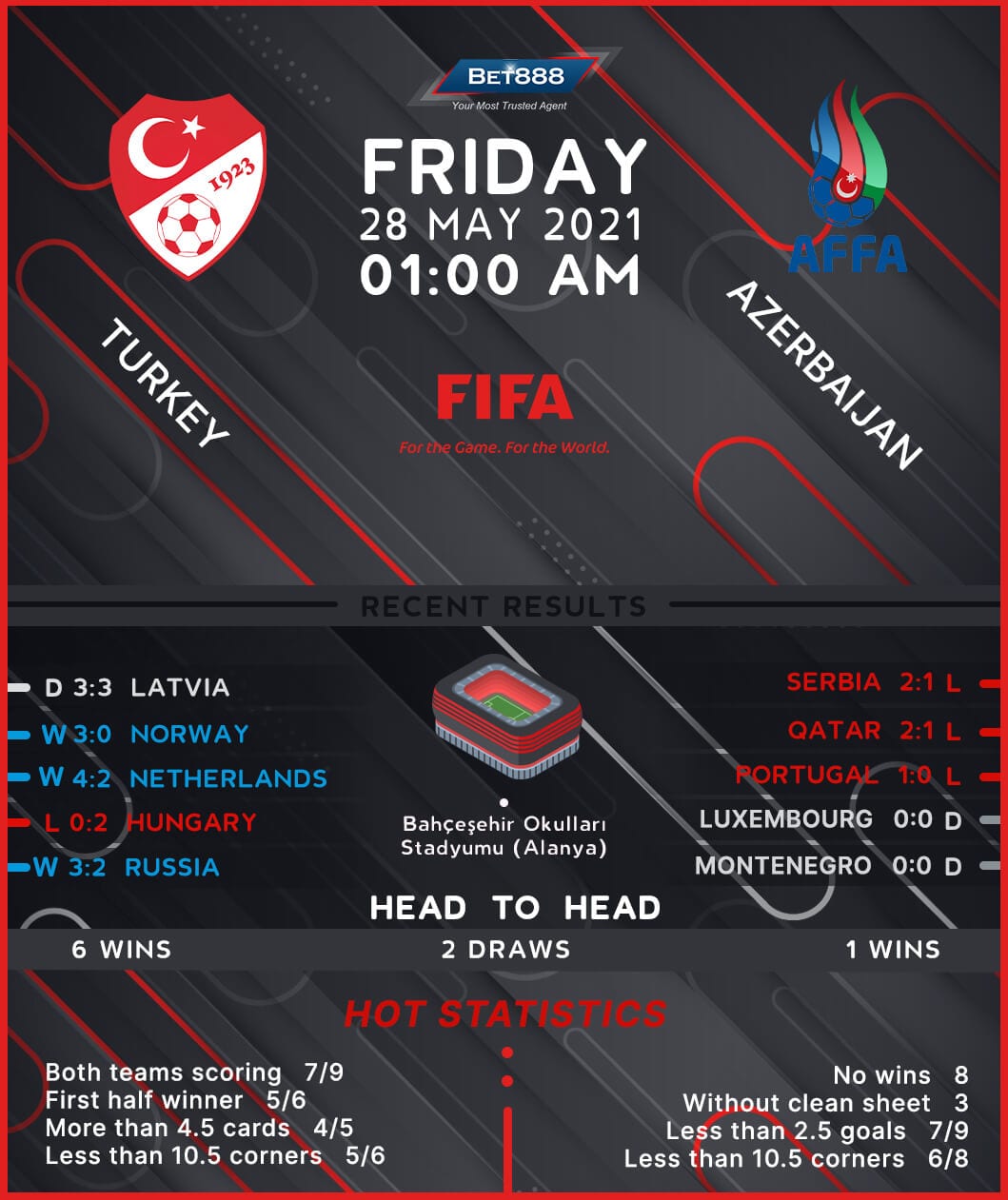