The United Arab Emirates and Iraq will both be looking to kick-start their World Cup qualification Group A campaigns when they lock horns at the Zabeel Stadium.

It’s been a thoroughly disappointing Group A journey for the United Arab Emirates so far, as they head into proceedings winless in their opening three World Cup qualification Round 3 fixtures (D2, L1). Except for an early opener against Syria on Matchday 2, the hosts have drawn a blank in their remaining two Group A matches, putting their goalscoring woes on full display. The ‘Sons of Zayed’ will have to increase their paltry scoring return if they are to qualify for their second-ever World Cup finals as a sovereign nation. They last managed that feat in 1990. Despite experiencing mixed fortunes across their two World Cup qualifying H2Hs on home soil (W1, L1), the UAE can at least draw some confidence from scoring precisely twice per game on each occasion.

On the other hand, the visitors cannot be happy about their World Cup qualification Group A showings so far, as they hover in fifth, having falied to trouble the scoresheet in all three matches (D2, L1). Indeed, entertainment has been relatively sparse in Iraq’s Group A fixtures, with two of their three outings producing scoreless draws. A lack of consistency away from home has seen Iraq accrue a win, a stalemate, and a loss across their three World Cup qualifiers on foreign turf this calendar year, with each of those games featuring under 1.5 total goals. In fact, all but one of their seven internationals on a hostile territory since the start of 2020 have contained under 1.5 goals, highlighting the potential for a cagey, low-scoring affair here. 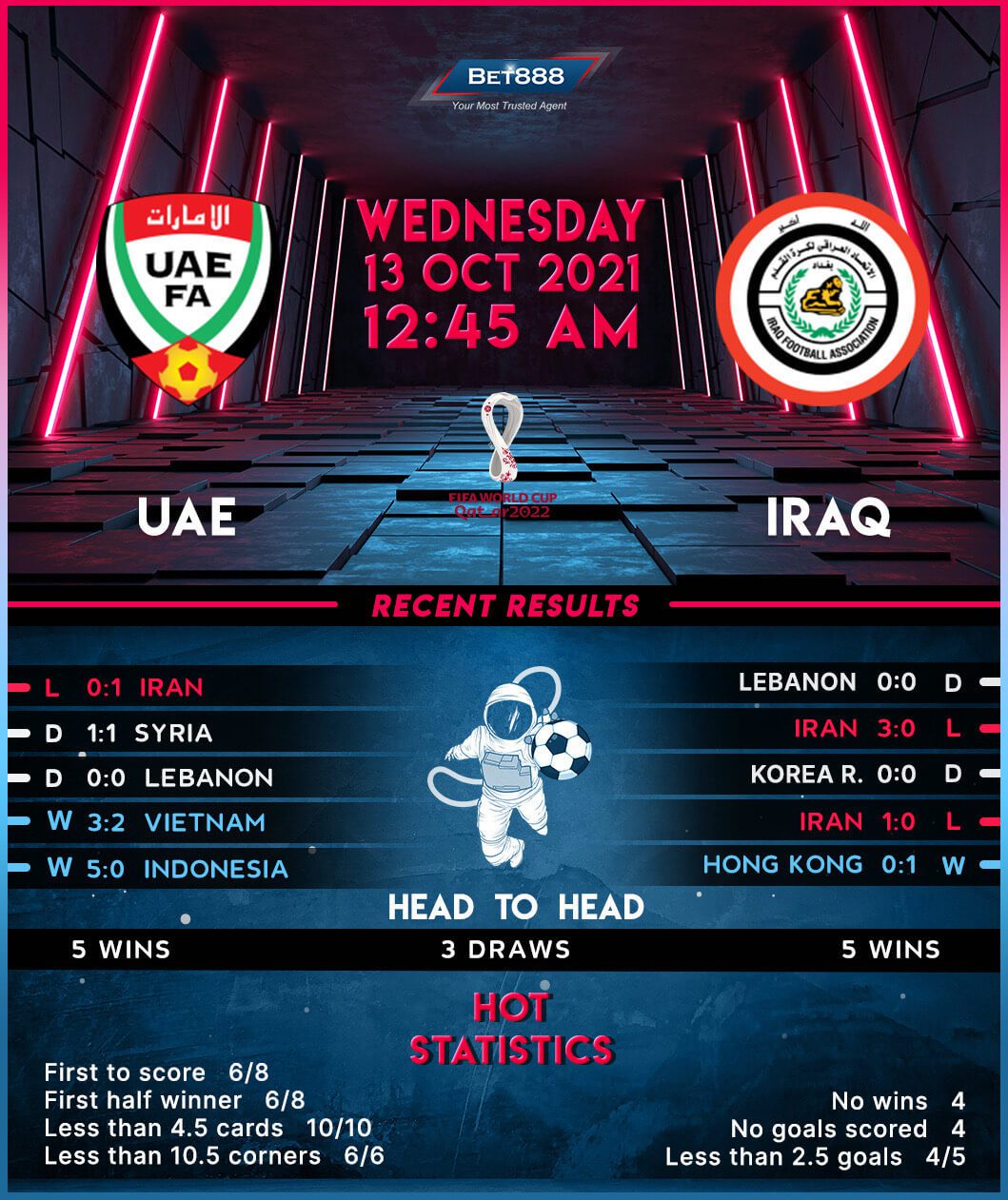