Underperforming Udinese play host to a resurgent Lazio side at the Dacia Arena in an exciting Serie A match-up.

Tipped for a season-long dogfight against the drop, Udinese head into proceedings having won just 22% of their Serie A matches this season (5/23). After registering just one triumph across their last five league outings (D1, L3), ‘I Friulani’ have slid to 16th in the table, only three points clear of the relegation zone. So a return to the Dacia Arena, where they are unbeaten in six of their last seven Serie A games (W2, D4), could come in handy. It’s not all so shiny, though, as Gabriele Cioffi’s men have failed to beat Lazio in any of their last eight top-flight meetings on home turf (D2, L6), scoring just four times in that sequence. Lazio’s potential opener could put Udinese’s hopes of claiming all three points beyond reach, given that the hosts have won none of 11 Serie A encounters when conceding first this term (D2, L9).

Despite breaking the deadlock, Lazio suffered a 2-1 defeat away to Porto in midweek Europa League action, their second reverse in three competitive matches (W1). But ‘I Biancocelesti’ are unbeaten in their last four Serie A games (W3, D1) since a 2-1 loss at Inter Milan, with each of those three victories yielding the identical 3-0 scoreline. After recording four consecutive Serie A clean sheets in the build-up to this trip, Lazio could make it five top-flight shutouts in a row for the first time since February 2007. Maurizio Sarri’s men have been nothing short of outstanding on the other side of the pitch this calendar year, netting a league-high 13 Serie A goals since the calendar flipped to 2022. But it’s worth noting that they’ve scored just once in their last two league visits to Udinese (W1, D1). 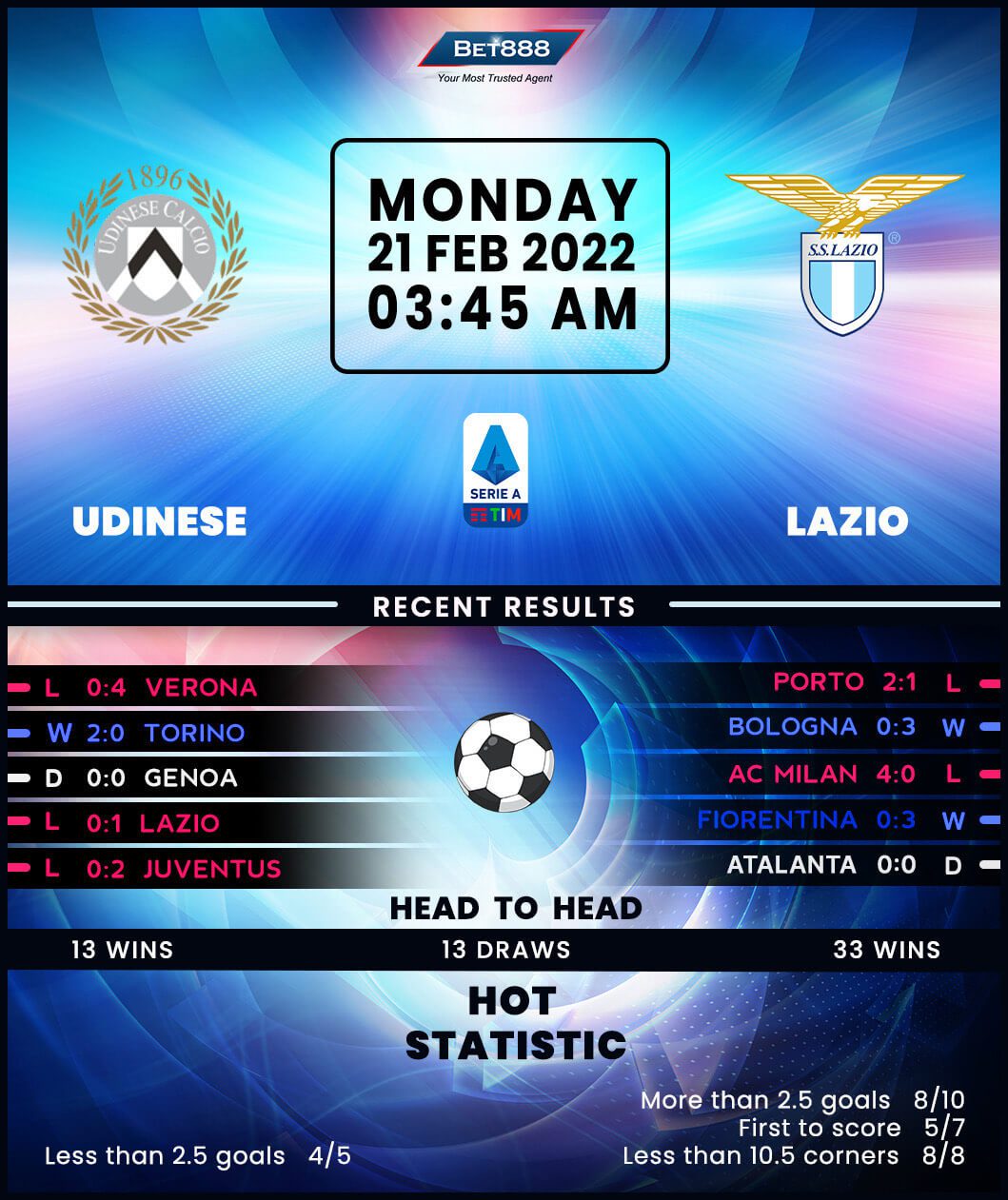