Arena Națională is the venue as Ukraine and Austria battle it out for a second-place finish in Group B of Euro 2020.

Seeking their first-ever appearance in the European Championships knock-out stages, Andriy Shevchenko’s men need to avoid defeat against Austria to seal a top-two finish in Group C. A 2-1 victory over North Macedonia on Matchday 2 brought Ukraine’s disappointing six-match losing streak at the Euro finals to a halt. Ukraine are now in pursuit of back-to-back triumphs at major tournaments for the first time since outscoring Saudi Arabia and Tunisia in the group stages of the 2006 World Cup. However, the Ukrainians have yet to keep a clean sheet at the European Championships, conceding an average of 1.62 goals across their eight all-time tournament fixtures. Topically, they have failed to shut out Austria in any of their two previous H2H duels, letting in four goals across those meetings.

On the other hand, following a 3-1 thumping of section minnows North Macedonia in their Group B curtain-raiser, Austria went down 2-0 to the Netherlands last time out and now have to beat Ukraine to claim a top-two finish. Easier said than done, though, with ‘Das Team’ failing to win seven of their eight matches at the European Championships (D2, L5), barring the abovementioned win over North Macedonia. What’s more, the Austrians have lost their final group stage fixture in each of their last three appearances at major tournaments. They have also suffered five defeats in their six matches against the top-50 ranked nations at the European Championships (D1). Scoring chances have been at a premium for Austria at Euro 2020 so far, with Franco Foda’s side attempting just seven shots on target against the Macedonians and the Netherlands combined. 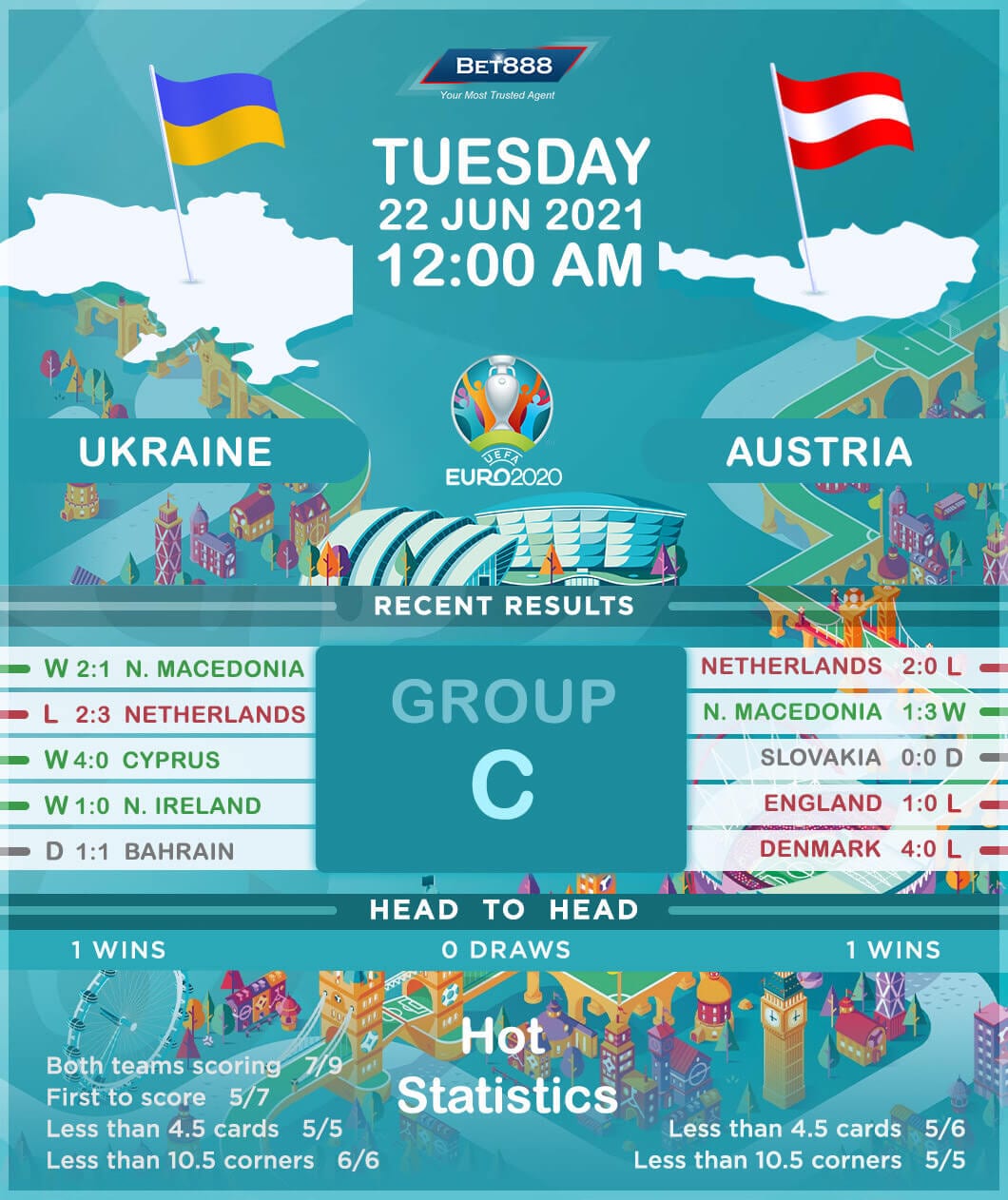