Ulsan Hyundai eased past Gyeongnam 2-0 in the previous cup round to book their place in the Korean Cup quarter-finals. But they have since alternated between winning (2) and not winning (D1, L1) across their last four league matches. Interestingly, each fixture won/lost during that four-game sequence came by 2+ goals ‘to one,’ underlining Hyundai’s propensity for high-scoring contests. Moreover, three of their last five home outings in domestic action have seen 4+ goals and both teams on the scoresheet, further supporting this claim. Worryingly, though, the ‘Tigers’ have only won one of their four most recent home encounters (D2, L1), scoring under 1.5 goals across the last three.

As for Bucheon 1995, a narrow 1-0 triumph over Suwon in their opening Korean Cup fixture proved they are no pushovers. The visitors went on to beat fellow K League 2 opposition Gwangju 2-1 in the previous cup round to set up their first meeting with Ulsan since 2005. BFC have fond memories of their last clash against Ulsan, as they ran out 1-0 victors, snapping an underwhelming run of 14 winless H2Hs. However, they need nothing less than a miracle to make it two H2H wins in a row for the first time since 2000. Heavy pre-match outsiders, Lee Young-min’s side pulled off a 2-0 win at Busan on their most recent road trip to end a six-game winless away streak (D2, L4). 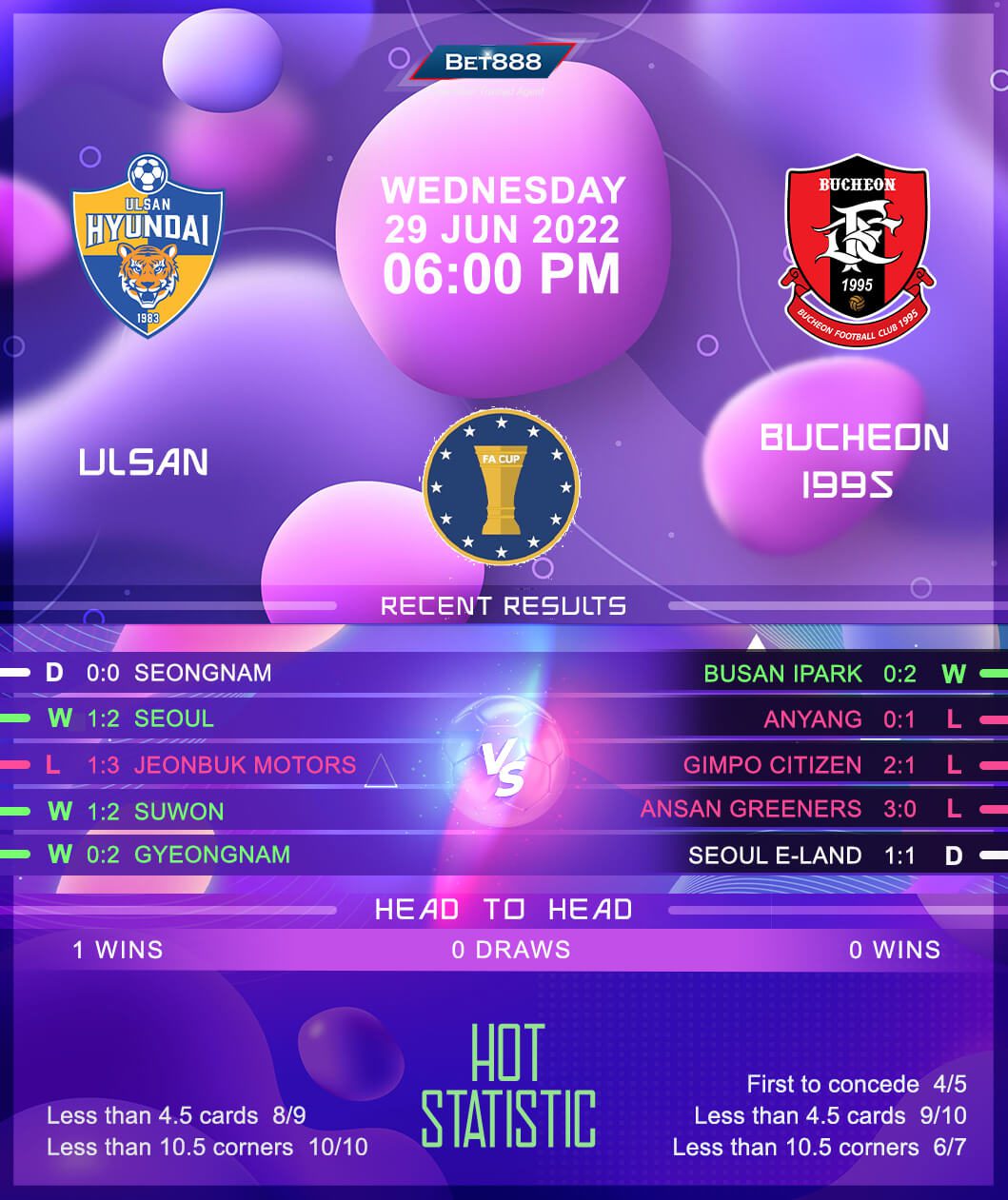