Union Berlin’s hopes of securing their first-ever European finish are on the line as RB Leipzig arrive at the Stadion An der Alten Försterei in the ultimate matchday of the 2020/21 Bundesliga campaign.

Despite an indifferent form in their last six Bundesliga fixtures (W2, D2, L2), Union Berlin will qualify for the Europa Conference League with a victory here. However, Union will have to defy their top-flight hoodoo against Leipzig to achieve that, given that they have lost all of their three top-flight H2Hs by an aggregate score of 8-1. Remarkably, though, since succumbing to a 3-1 defeat to Augsburg on Matchday 1, ‘Die Eisernen’ have gone unbeaten in their subsequent 15 Bundesliga matches on home soil (W7, D8), which is an ongoing club record in the top flight. Having that said, Urs Fischer’s men have won back-to-back home league fixtures for the first time this season and could now put together three victories for the first time since December 2019.

Meanwhile, Leipzig have failed to win their last two Bundesliga matches (D1, L1), losing the first half ‘to nil’ and conceding 2+ goals on each occasion. Additionally, ‘Die Roten Bullen’ have suffered back-to-back Bundesliga defeats away from home and could equal the negative club record with another loss here. High scoring has been a common theme in Leipzig’s recent away Bundesliga fixtures as each of the last three has seen over 2.5 goals and both teams on the scoresheet. Even though they’ve struggled for form lately, Julian Naglesmann’s men have already booked their place in next season’s UEFA Champions League group stage with a runners-up finish. Following a 1-0 away loss to Borussia Monchengladbach in late October, Leipzig have found the net in each of their subsequent 13 Bundesliga trips. 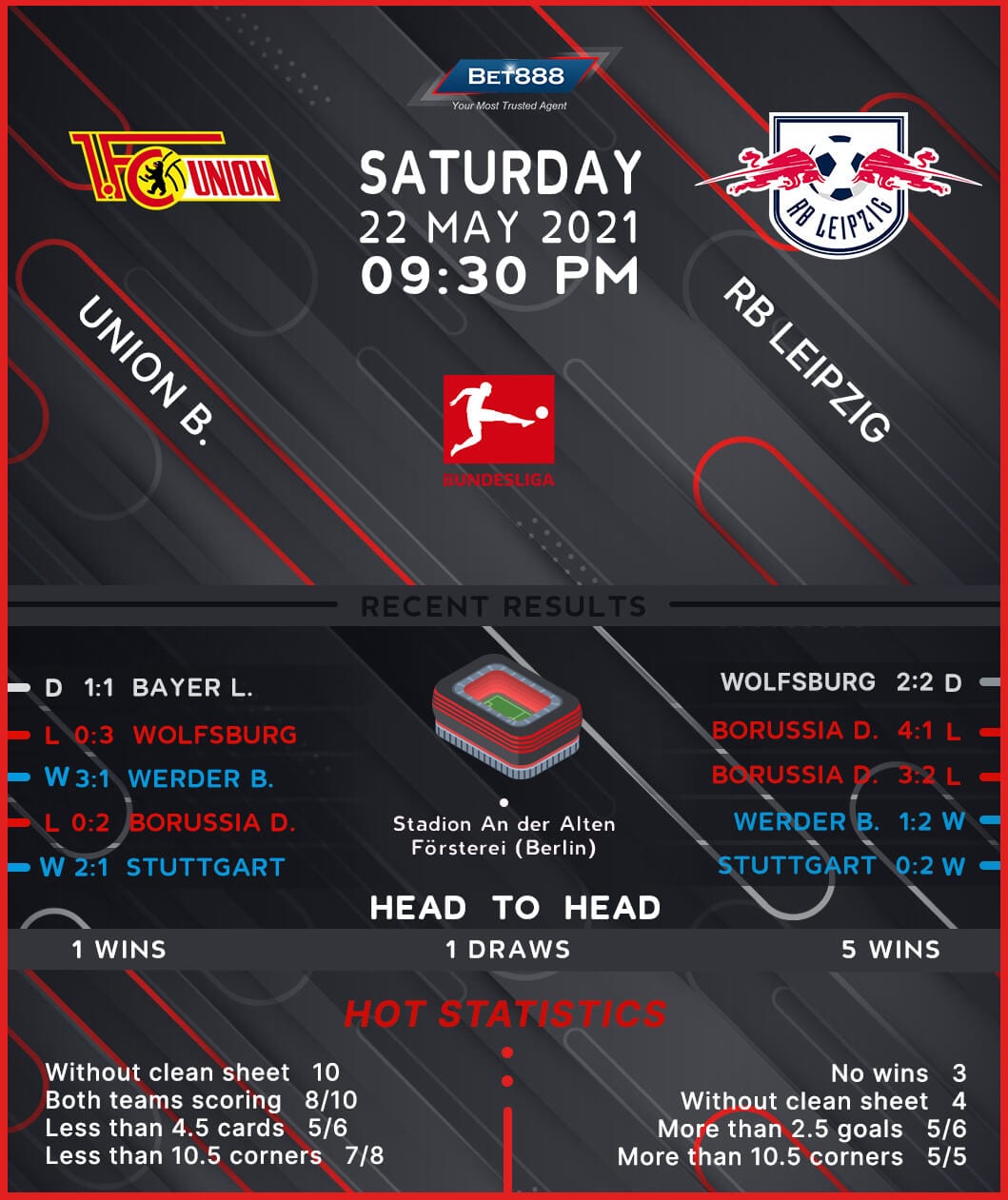