The United States will play host to Costa Rica at the Rio Tinto Stadium in an international friendly meeting this midweek.

Fresh from beating Mexico 3-2 in the CONCACAF Nations League final, the United States will be keen to maintain momentum against a team they’ve defeated in their last two meetings by an aggregate score of 3-0. A 2-1 loss to Switzerland in their most recent international friendly represents the USA’s lone reverse across their last 12 outings (W9, D2). Free-scoring Americans have found the net in each of their previous eight matches, including friendlies, scoring 4+ goals four times in this run. With that said, their recent international fixtures have been notably tight, with each of the last four yielding a margin of under 1.5 goals (W2, D1, L1). Going back to October 2019, the ‘Stars and Stripes’ have won all eight matches on home soil, including the abovementioned extra-time victory over Mexico.

Meanwhile, the visitors suffered a penalty shoot-out loss to Honduras in the CONCACAF Nations League third-place play-offs, as a disastrous run of form continues to torment Costa Rica. ‘Los Ticos’ head into proceedings having failed to win any of their last ten international games (D5, L5) if counting only 90 minutes. A lack of firepower up front saw Costa Rica draw a blank six times during that ten-match sequence, netting precisely once per game in three of the other four. Costa Rica’s recent scoring record against the USA douses any embers of optimism among the visiting camp, with Ronald Gonzalez Brenes’ side failing to get on the scoresheet in five of their last seven H2HS as visitors. 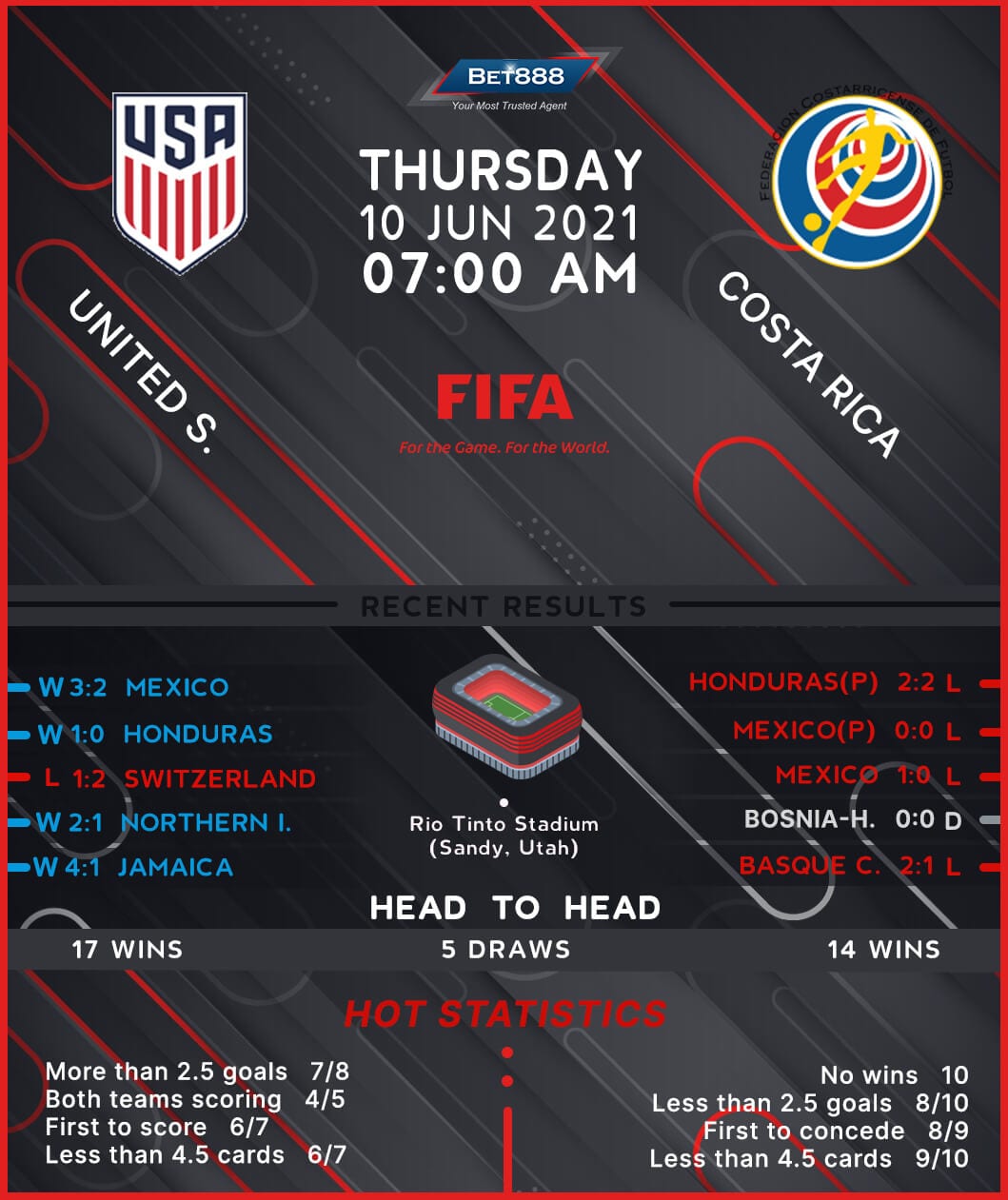