The United States will be looking to overcome frustration following their weekend trip to Canada when they take on North American minnows Honduras at the Allianz Field.

The United States’ hopes of securing automatic qualification for the upcoming final tournament suffered a catastrophic blow as they fell to a 2-0 loss at Canada last time out. With fourth-placed Panama now only one point behind, the ‘USMNT’ can ill-afford to drop more points against Honduras, whom they’ve defeated in three of their last four World Cup qualifying H2Hs (D1), including a scintillating 4-1 romping in the reverse fixture back in September. Since playing out a 1-1 draw with Canada in their inaugural World Cup home qualifier, the ‘Stars and Stripes’ have turned on a beast mode, winning each of their subsequent four such contests by an aggregate score of 7-1. But with six of those seven goals coming beyond half-time, the home crowd may have to wait a while to see their side on the scoresheet.

In the meantime, Honduras’ hopes of advancing to their first World Cup finals since 2014 are officially dead in the water after they’ve failed to win any of their opening ten qualifying fixtures (D3, L7). What’s more, since a scoreless home draw with Costa Rica on Matchday 4, ‘Los Catrachos’ have lost all six World Cup qualifiers, including the last two in a row by an identical 2-0 scoreline. Away from home, they have gone from back-to-back World Cup qualifying draws to two consecutive defeats by an aggregate score of 5-1, conceding the opening goal within 20 minutes on both occasions. But if they somehow get on the scoresheet here, it’s likely to be before half-time, given that both of their away goals scored in the ongoing cycle have come in the first half of play. 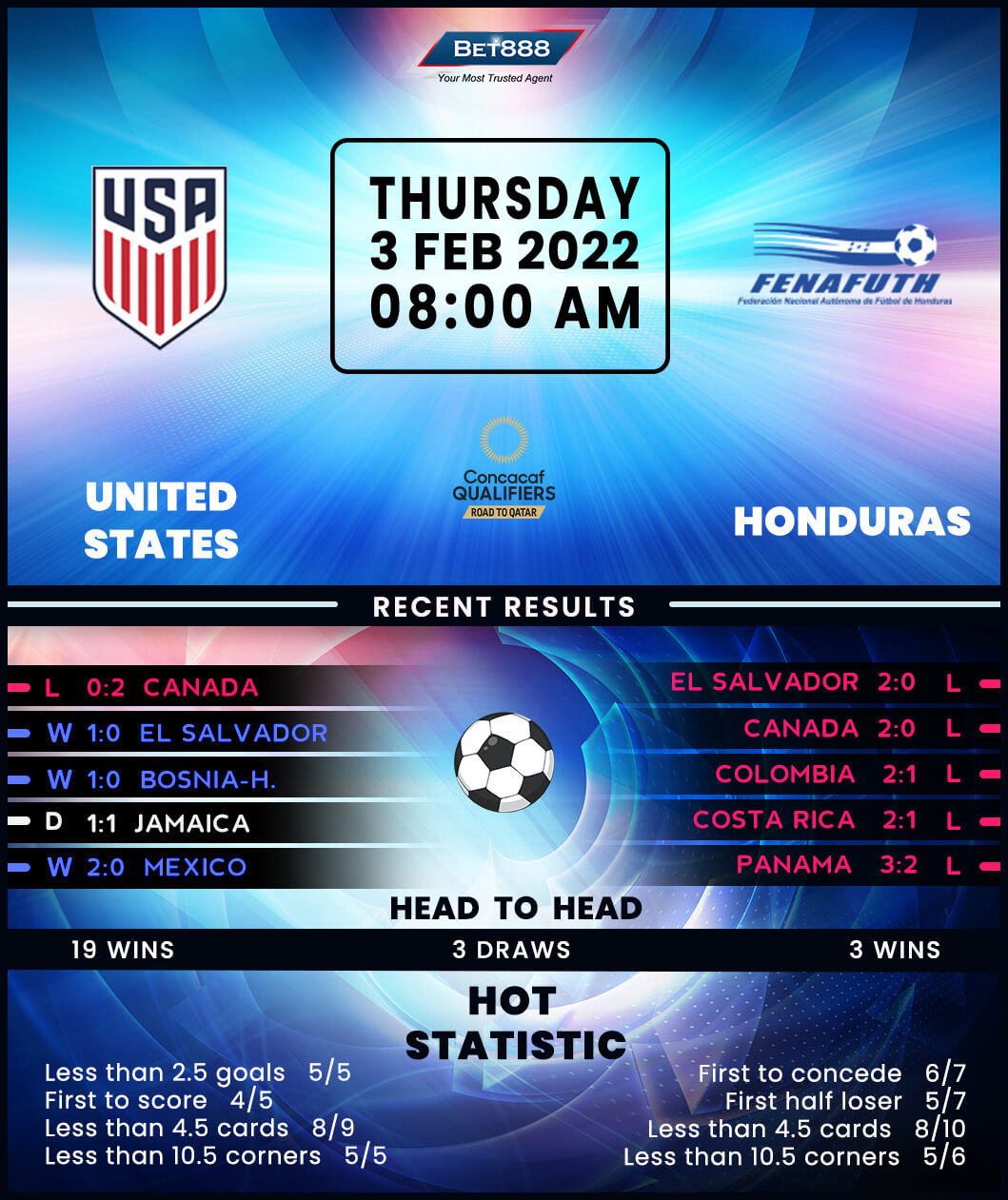