The United States and Mexico will trade tackles at the Allegiant Stadium in the highly-anticipated 2021 CONCACAF Gold Cup grand final.

Gyasi Zardes’s 86th-minute fired the United States past Qatar and into their 13th Gold Cup grand final appearance. The ‘Stars and Stripes’ have been relentless at the Gold Cup so far, having won all five matches by an aggregate score of 10-1, though four of those triumphs yielded a narrow 1-0 scoreline. Gregg Berhalter has turned this USA side into a force to be reckoned with, helping them equal the nation’s all-time record of 13 consecutive wins on home soil with the abovementioned victory over Qatar. Since Berhalter took charge of the national team in 2018, the ‘USMNT’ have lost just one of their 11 Gold Cup fixtures, courtesy of a 1-0 loss to Mexico in the 2019 showpiece event. Notably, they won the remaining ten matches within that sequence, conceding just twice across those triumphs.

In the meantime, dubbed the ‘Kings of the Gold Cup,’ Mexico have reached the tournament’s grand final for a record-breaking 14th time, notably winning 11 of their previous 13 showpiece appearances. Following an underwhelming goalless draw with Trinidad & Tobago in their tournament curtain-raiser, ‘El Tri’ have put together four straight Gold Cup triumphs by an aggregate score of 9-1. Yet, Gerardo Martino’s men broke into the grand final in a most dramatic fashion, with Hector Herrera’s 98th-minute strike bringing Canada down in the semi-finals. Remarkably, the Mexicans have qualified for the Gold Cup grand final five times in the last seven tournament editions, winning each such contest! Mexico’s two-match winning streak in H2H meetings was brought to a halt back in June as the USA claimed a penalty shoot-out victory in the CONCACAF Nations League final. 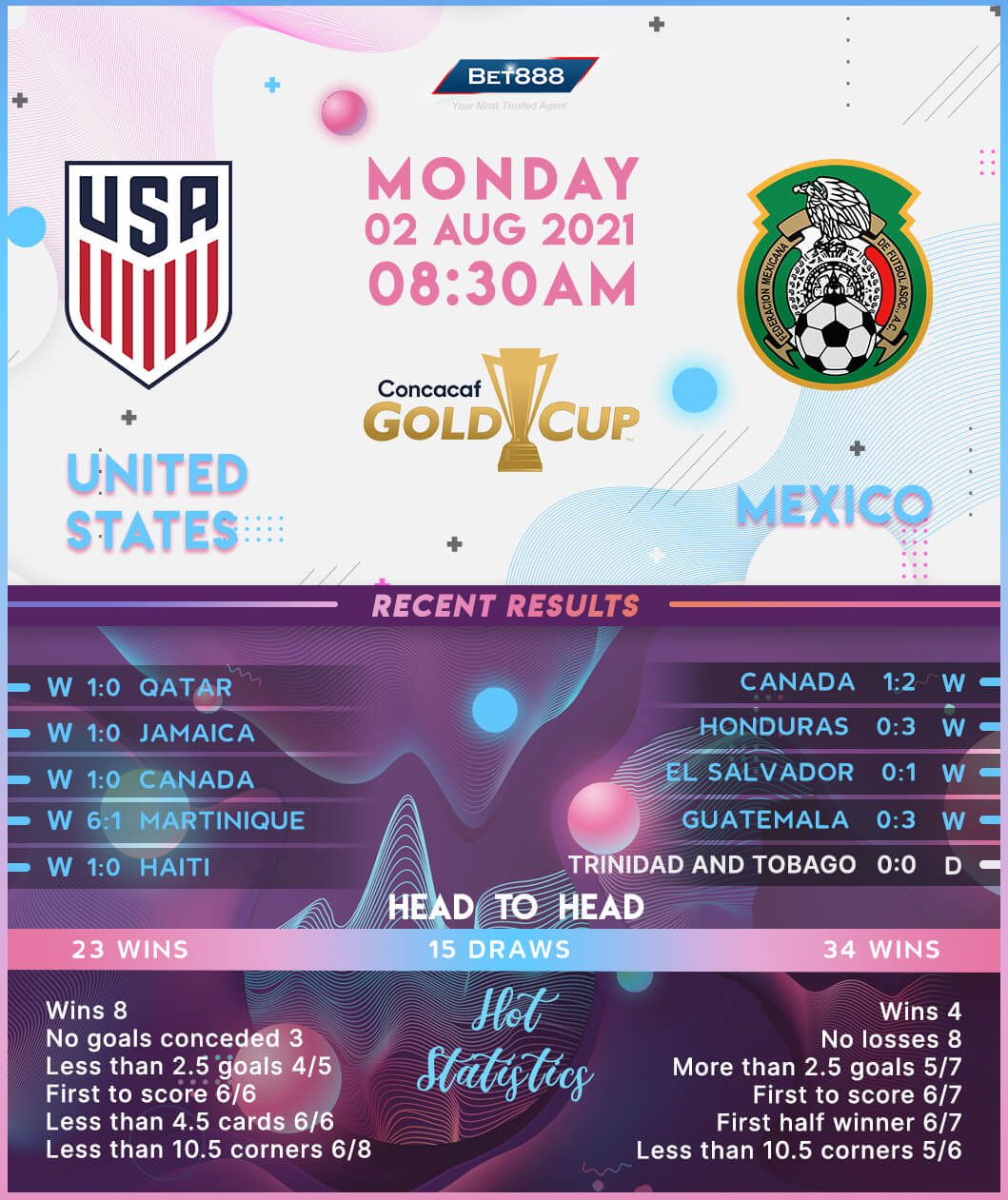