Estadio Centenario is the venue as Uruguay and Peru go head-to-head in the 2022 CONMEBOL World Cup qualification top-five six-pointer.

Back-to-back victories over Venezuela and Paraguay in Uruguay’s last two World Cup qualifying games have undone a run of four consecutive World Cup qualifying defeats beforehand, solidifying their position in the automatic qualification spots. Going into the final two qualifying matchdays, the Uruguayans hold a slender one-point lead on fifth-placed Chile, meaning they need a result here to consolidate their hopes of advancing to the upcoming showpiece event in Qatar. Playing at home comes in handy, as ‘La Celeste’ have picked up three wins from their last five World Cup qualifying matches on home soil (D1, L1), scoring precisely four goals in two of them. Additionally, Uruguay have won each of their last three World Cup qualifying H2Hs at home by an aggregate score of 11-2, keeping two clean sheets in that spread of encounters.

On the other hand, Peru’s bid to secure back-to-back appearances at the World Cup finals for the second time in the nation’s history is up in the air as they head into the penultimate round of qualifiers in the dreaded inter-confederation play-off spot. A potential triumph in Uruguay, where they last won a World Cup qualifier back in 2004, would see the Peruvians leapfrog their hosts to the automatic play-off spot. But with sixth-placed Chile lagging only two points behind, Peru will be frantically looking over their shoulders, afraid of dropping down the pecking order. However, Ricardo Gareca’s men are flying high at the moment, having won three consecutive World Cup qualifying fixtures before being held to a 1-1 home draw to Ecuador last time out. Moreover, Peru have won both previous World Cup qualifiers on hostile turf by a single-goal margin after losing three in a row beforehand. 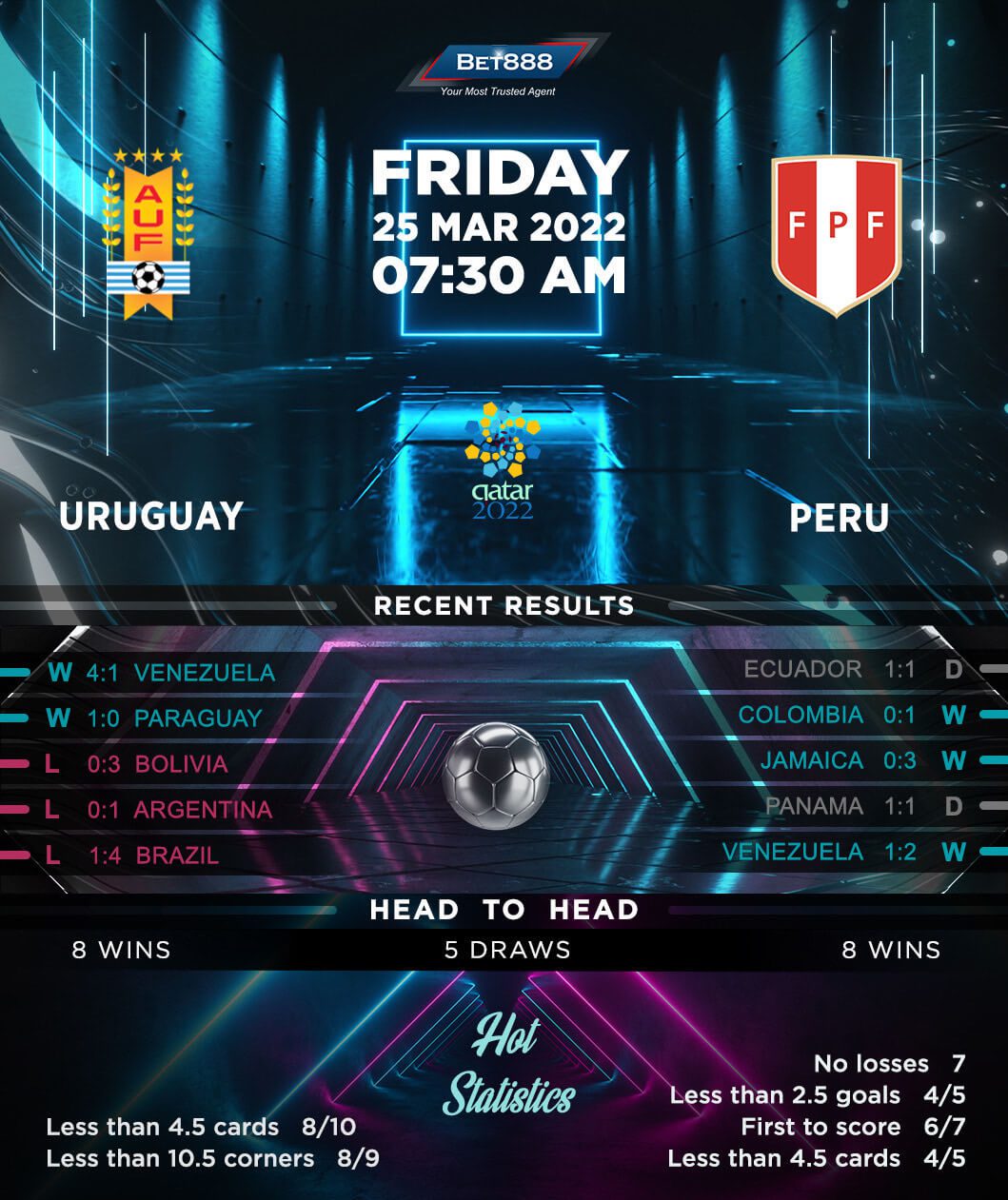