Uzbekistan’s hopes of successfully negotiating their World Cup Qualifying campaign are on the line as Singapore arrive at the King Fahd International Stadium for one of the deciding Group D matches.

Meanwhile, following a 2-2 home draw with Yemen in their Group D curtain-raiser, none of Singapore’s remaining five World Cup Qualifying games this campaign have ended level (W2, L3). Curiously, while both Singapore’s wins in that five-match sequence came by the identical 2-1 scoreline, each defeat saw them go down to at least a two-goal margin and concede 3+ goals. Particularly vulnerable in the earlier stages of play, the ‘Lions’ have let in a goal within the first 20 minutes in four of their last five World Cup Qualifying outings. Away from home, Tatsuma Yoshida’s men have claimed just a single win in their previous six matches (90 minutes only – D2, L3), including friendlies. 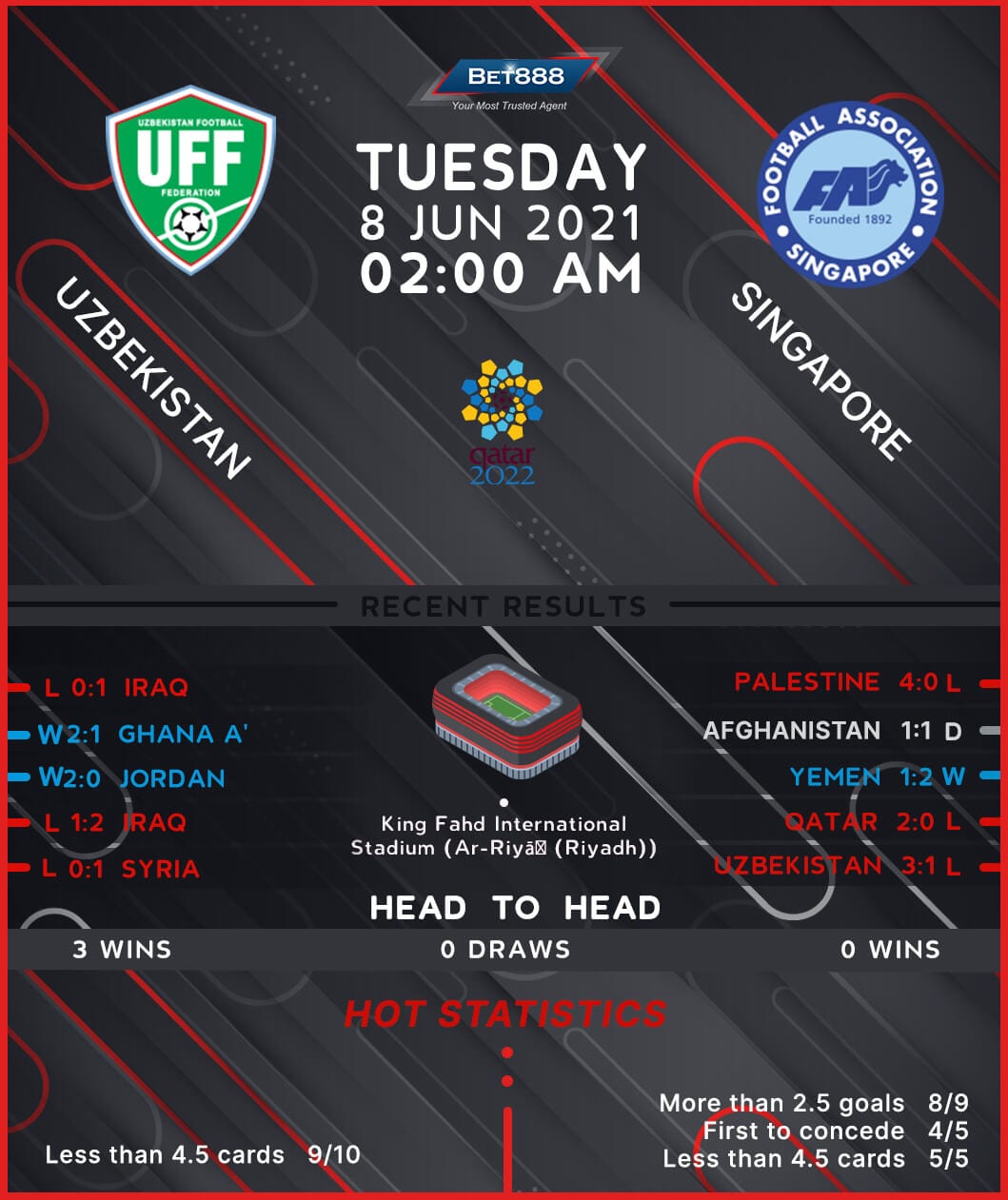