Valencia and Barcelona are set to square off in a mouth-watering La Liga fixture at the Estadio de Mestalla.

It’s been a disappointing start to the new calendar year for Valencia as they’ve alternated between draws (2) and defeats (3) across their inaugural five la Liga outings in 2022. Moreover, Jose Bordalas’ men have failed to win any of their last three home league matches (D2, L1), netting under 1.5 goals on each occasion. But Valencia should feel confident about finding the net here, having scored in each of their last 13 La Liga meetings with Barcelona, averaging 1.61 goals per game. Yet, after losing back-to-back top-flight H2Hs, ‘Los Murciélagos’ could suffer three H2H defeats in the competition for the first time since 2011. Conceding first may not necessarily spell disaster for Valencia’s hopes of holding Barcelona winless here, as they’ve avoided defeat in eight out of 12 La Liga games when falling behind this term (W3, D5).

On the other hand, Barcelona extended their unbeaten streak in La Liga to eight matches (W4, D4) by the skin of their teeth, bagging a last-gasp equaliser to hold Espanyol to a 2-2 draw last time out. Inspired by a raft of high-profile winter signings, the Catalans are now looking to whittle down a three-point gap on fourth-placed Atletico Madrid. Barca’s eight-game unbeaten league run away from home comes in handy (W3, D5), but a return of two clean sheets from that sequence gives head coach Xavi a sizeable headache. However, the ‘Blaugrana’ will draw inspiration from their outstanding H2H away record in La Liga of late, with just one defeat from their last 14 top-flight visits to Mestalla (W6, D7). After going winless in all four La Liga away games in which they conceded the opening goal this season (D2, L2), Barcelona will seek a strong start. 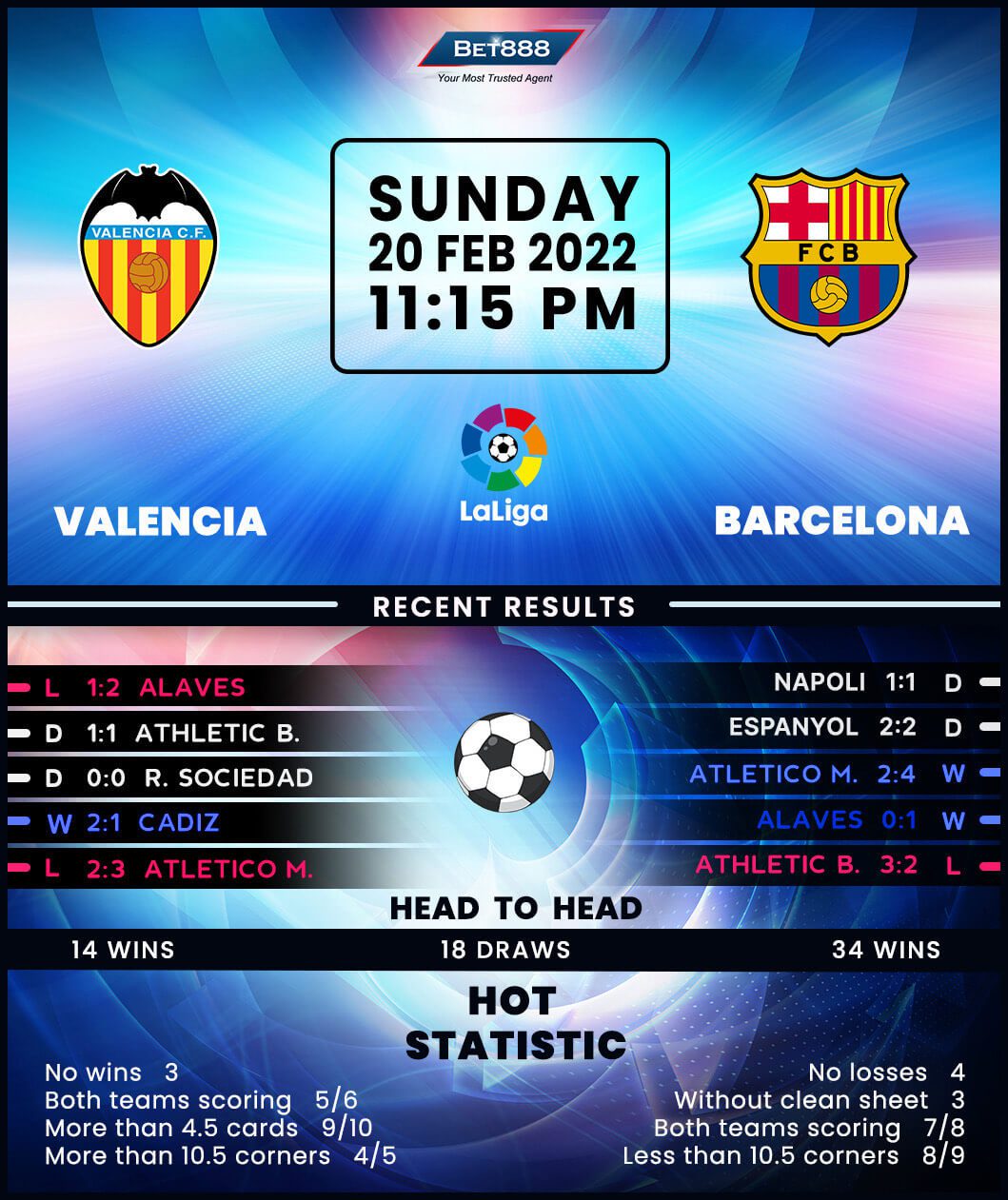