Estadio de Mestalla plays host to a mid-table La Liga showdown between in-form Valencia and an unpredictable Osasuna side.

Following back-to-back high-scoring defeats to Barcelona and Deportivo Alaves in mid-February, Valencia have gone unbeaten in their last six La Liga matches (W3, D3), courtesy of a significant defensive improvement. Indeed, Jose Bordalas’ men have kept four clean sheets during that six-game sequence, conceding precisely one goal apiece across the other two. Topically, ‘Los Murcielagos’ haven’t lost any of their last 13 home meetings with Osasuna in La Liga (W11, D2), registering a whopping ten clean sheets across those 11 triumphs. It’s also worth mentioning that they’ve netted 2+ goals in seven of their last eight home league H2Hs. But lapses of concentration in the later stages of play have seen Valencia lose a league-high 11 points due to goals conceded beyond the 80th minute this season.

Meanwhile, Osasuna could have been challenging higher up the table if there weren’t for their notorious inconsistency. The visitors have alternated between victories (3) and defeats (3) across their last six La Liga outings, with four of those six results (win/loss) seeing the winner on the day keep a clean sheet. Unfortunately, though, Osasuna are no strangers to collapsing at Mestalla, as they’ve picked up just two wins from their 38 historic La Liga visits to this venue (D9, L27), last winning here in 2007. On top of that, ‘Los Rojillos’ have lost each of their last three La Liga matches on hostile turf, their longest such streak in the competition since the final four travels of the 2016/17 campaign. Yet, watch out for Osasuna late in the game, as they’ve won a league joint-high 12 points with goals scored beyond the 80-minute mark. 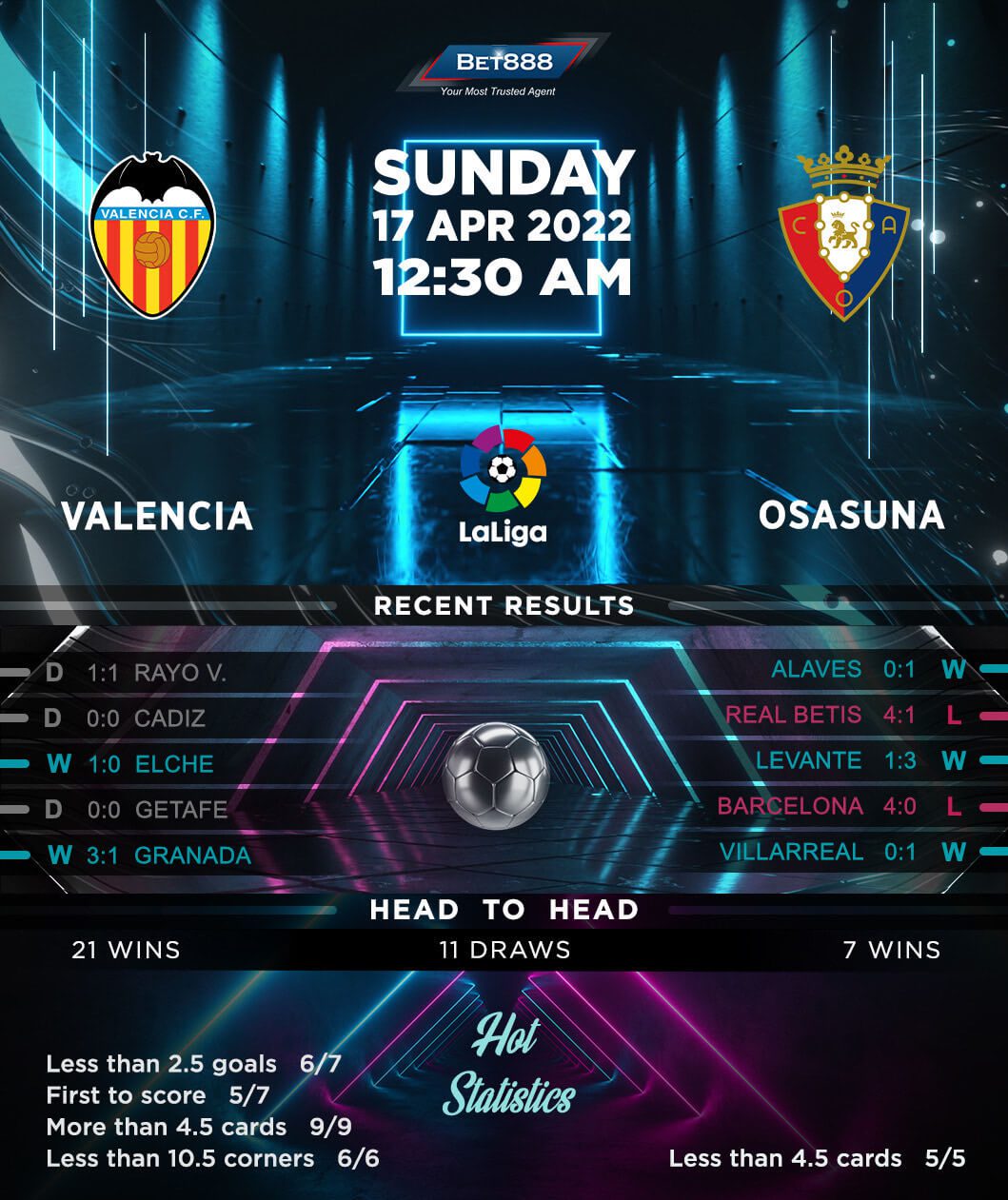