Midweek La Liga action kicks off at the Estadio de Mestalla as Valencia and Real Betis go head-to-head in a handsomely-looking match-up.

With just three league matches left, 10th-placed Valencia have nothing but pride left to play for, as the end of the season cannot come quick enough for underperforming Jose Bordalas’ men. ‘Los Murcielagos’ head into proceedings winless in their last six La Liga outings (D4, L2), failing to get on the scoresheet in three of them. Yet, a heartbreaking Copa del Rey defeat to Real Betis in April could be an added incentive for Valencia to get back to winning ways against a side they’ve failed to beat in their last three La Liga H2Hs (D1, L2). However, the league’s ‘stalemate specialists’ may have to settle for another ‘share of spoils,’ having drawn a league joint-high 14 La Liga matches this season, including four of the last six.

As for Betis, a frustrating 2-1 home defeat to Barcelona at the weekend means they’ve alternated between draws (2) and losses (2) across their last four La Liga games. Betis’ underwhelming run of form has seen fourth-placed Atletico Madrid move six points clear, leaving ‘Los Verdiblancos’ with the minimal chances of reaching next season’s Champions League group stages. Manuel Pellegrini’s men will take the field unbeaten in four away La Liga games (W1, D3), drawing 0-0 in the last two in a row. Following a 4-1 hammering of Valencia in the reverse fixture, Betis will be aiming to complete their first league double over them since 1975/76. With just Real Madrid and Barcelona picking up more away points than Pellegrini’s side (29) this season, there’s plenty of reason for optimism in the travelling camp. 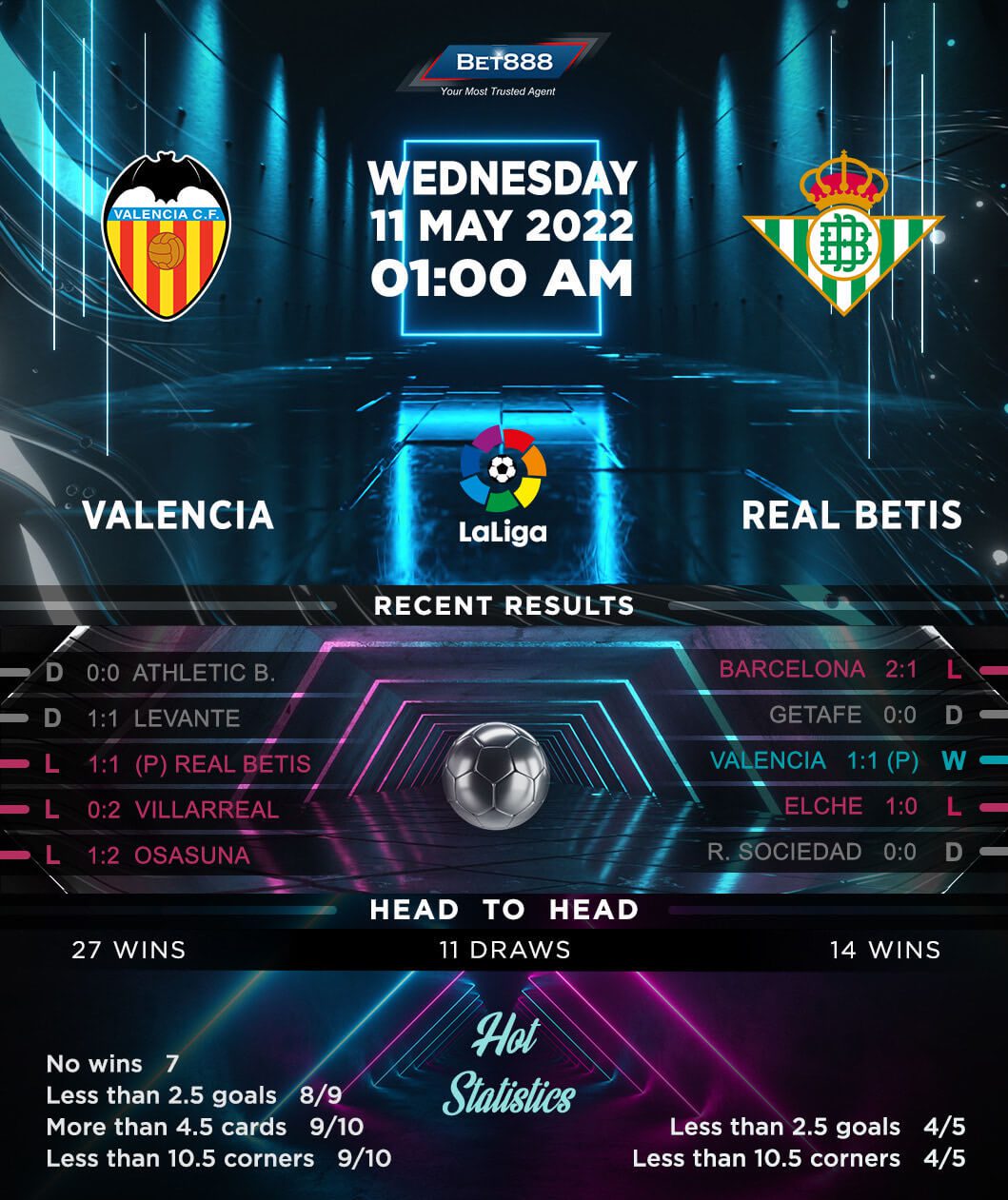