Real Madrid head to the Estadio de Mestalla to take on Valencia with revenge on their minds as the two sides with an identical La Liga points return (W3, D1) square off in an exciting showdown.

Following a nightmarish 2020/21 La Liga campaign that resulted in an underwhelming 13th-place finish, Valencia have turned into a team to beat this season, as witnessed by a four-match unbeaten league start (W3, D1). The Valencians have already equaled their best points tally at this stage of a La Liga campaign in the 21st century, so they might not feel the pressure against a Real Madrid side they lament a disastrous overall H2H record (W46, D37, L89). Jose Bordalas’ defensive-minded philosophy has contributed to a pair of clean sheets across Valencia’s first four La Liga fixtures this term. They will be looking to build on their impressive defensive showings here and potentially keep Madrid at bay for the first time after 18 consecutive failed attempts in La Liga.

Meanwhile, except for an enthralling 3-3 away draw with Levante on Matchday 2, Real Madrid have won their remaining three La Liga matches this season by an aggregate score of 10-3. ‘Los Merengues’ will be on a high here, as they’ve gone unbeaten in their last 22 La Liga fixtures (W16, D6) since a 2-1 home loss to Levante in late January. But this might not be a field day for Carlo Ancelotti’s side, considering that they’ve managed just one triumph in their last nine top-flight visits to Valencian outfits in La Liga (D5, L3), courtesy of a 2-0 win over Levante in October 2020. Topically, ‘Los Blancos’ have picked up one victory from their previous seven top-flight trips to Mestalla (D2, L4), losing the last one 4-1! That reverse at Mestalla was incidentally Real’s last league defeat away from home (W11, D6 since). 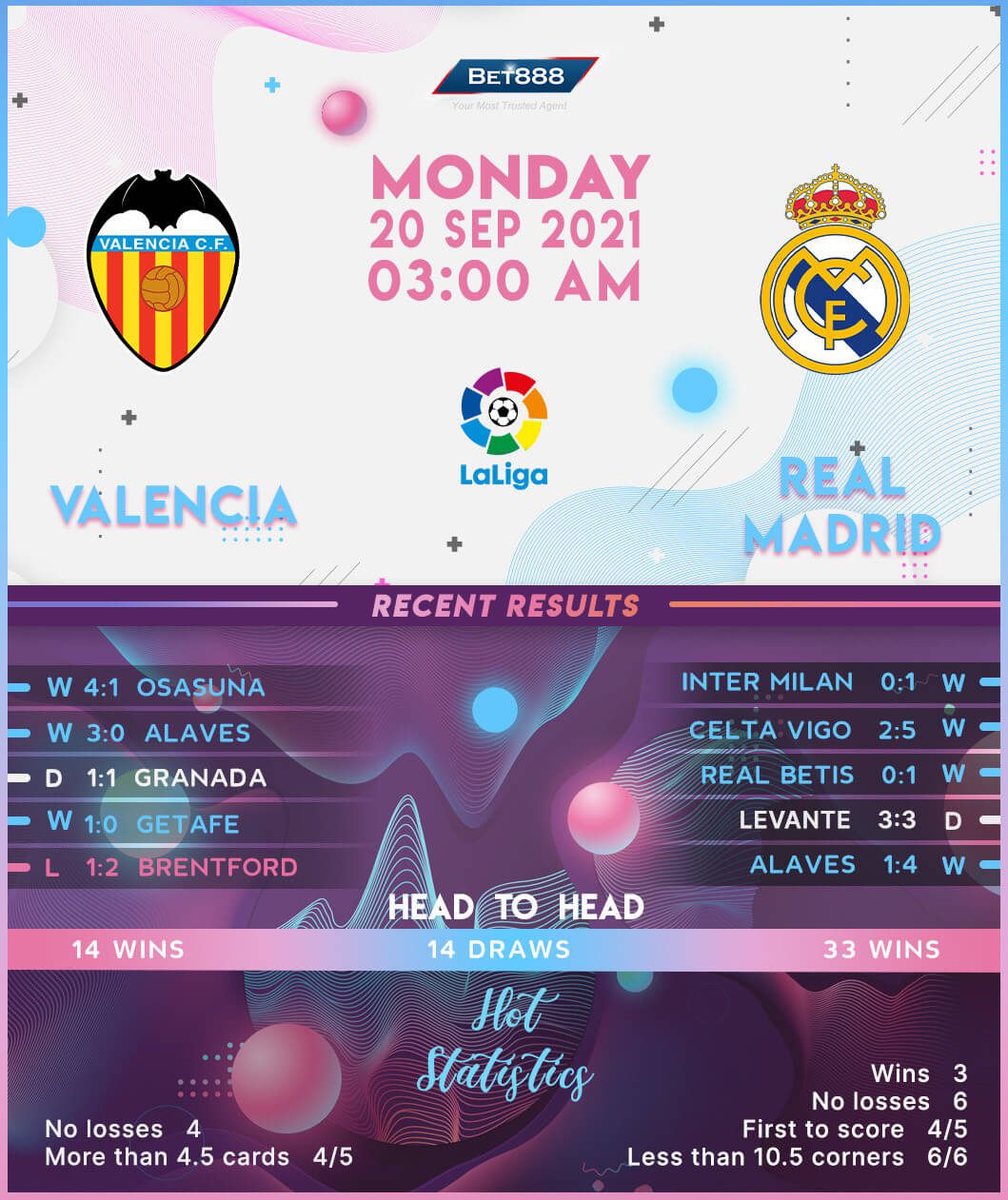