Venezuela’s hopes of qualifying for the World Cup finals for the first time in their history are on the line as they welcome Uruguay to the Estadio Olímpico.

Except for a 2-1 home win over Chile on Matchday 4, the hosts have lost all four of their remaining World Cup Qualifying matches this campaign, failing to score on three occasions. Both of Venezuela’s home World Cup qualifiers have been notably tight (W1, L1), with each yielding a winning/losing margin of a single goal and seeing the winner scored beyond the 80th minute. Alarmingly, ‘La Vinotinto’ haven’t defeated Uruguay in any of their previous seven World Cup Qualifying showdowns (D5, L2), drawing a blank in each of the last three. After finding the net in both of their previous World Cup qualifiers, the Venezuelans face the prospect of scoring in three consecutive non-friendly fixtures for the first time since 2016 Copa America.

On the other hand, a goalless home draw with Paraguay last time out marked Uruguay’s first stalemate in this World Cup Qualifying series (W2, L2), meaning the Uruguayans have failed to score in back-to-back competitive outings. A lack of consistency has seen each of Uruguay’s last 14 matches in various competitions produce a different result from the preceding one. Away from home, Oscar Tabarez’s men have experienced mixed fortunes in this World Cup Qualifying campaign (W1, L1), with each game featuring over 2.5 goals and seeing the opening goal scored by the 15th minute. Encouragingly, ‘La Celeste’ have avoided defeat in each of their last four World Cup Qualifying trips to Venezuela (W1, D3), with three of those meetings containing under 2.5 goals. 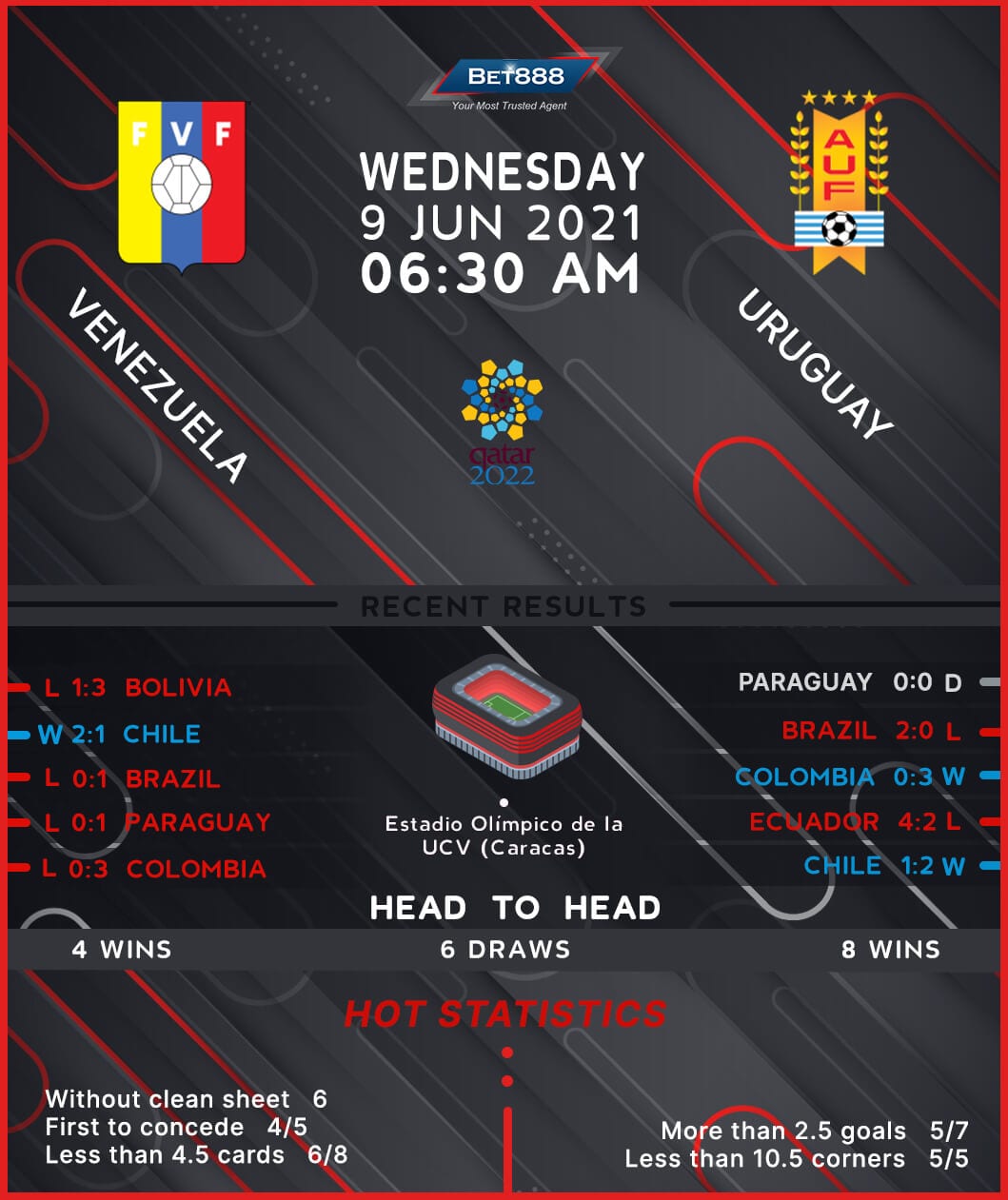