Vietnam U23 vs Thailand U23

Vietnam U23 vs Thailand U23

Prince Stadium plays host to a crunch AFF U23 Championship Group C encounter between Vietnam U23 and Thailand U23. While a draw would catapult Vietnam into the competition’s knock-outs, anything but a victory for Thailand would mean a premature elimination.

Vietnam scored 3+ goals either side of half-time to beat Singapore 7-0 in their Group C curtain-raiser and get their AFF U23 Championship campaign off to a flying start. Vietnam’s eye-catching result in their opening game of the tournament came as further confirmation of their noticeable improvement in 2021 that saw them go unbeaten in all four international fixtures (W3, D1). As was the case against Singapore, each of Vietnam’s three international triumphs in the last calendar year came ‘to nil,’ with two of them yielding the same 1-0 scoreline.

Meanwhile, Thailand came from behind to thrash Singapore 3-1 in their opening Group C outing, with both halves featuring precisely two goals. With Singapore already out of contention for the knock-out finish, this will be a decisive game for the ‘War Elephant,’ who need a victory to make it out of the AFF U23 Championship group stages for the second tournament on the trot. But two of Thailand’s three international games in 2021 ended as a draw (W1), both of which featured under 2.5 total goals, highlighting the potential for a cagey, evenly-contested showdown. 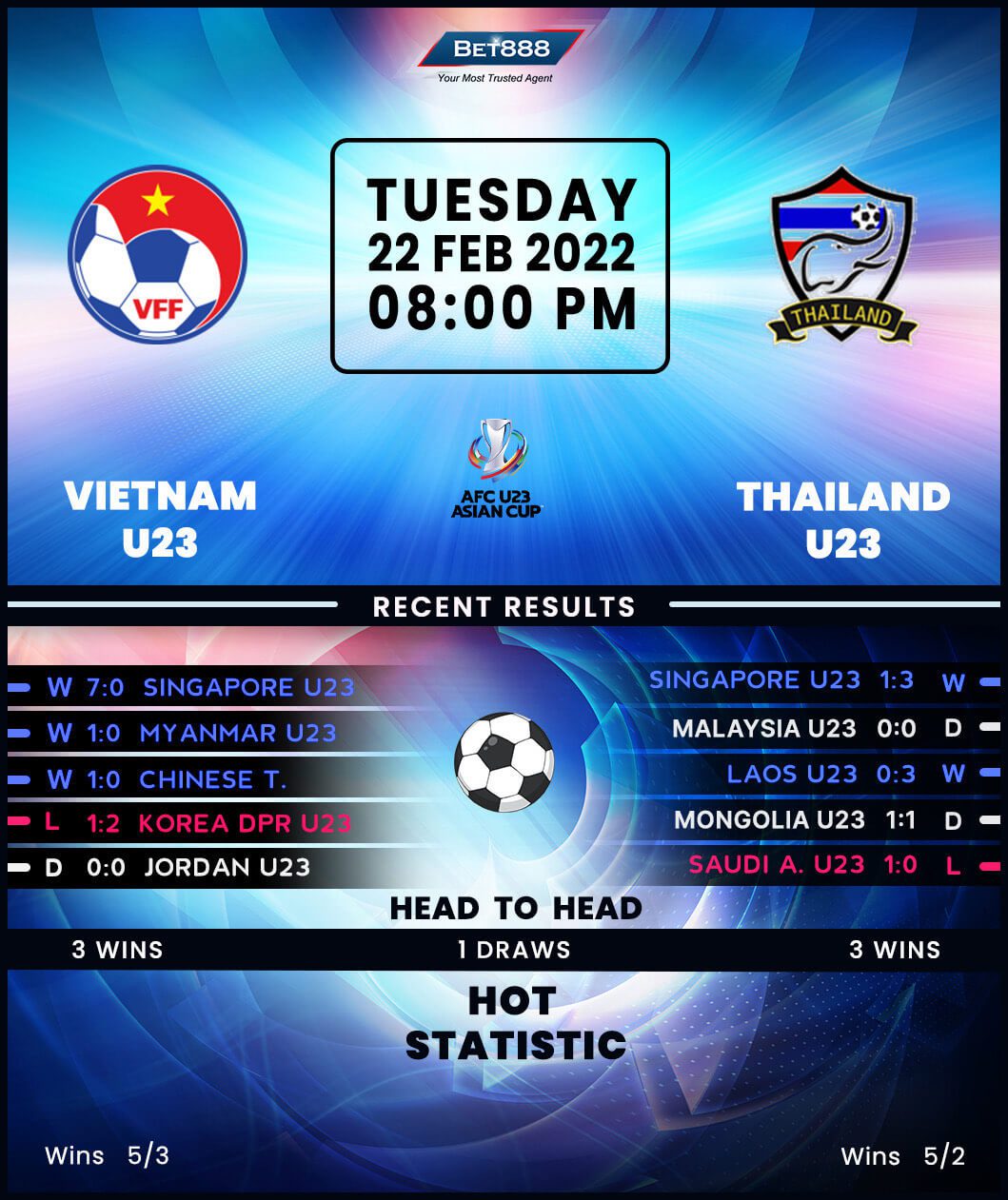