The two nations that have already lost any chance of advancing to Qatar 2022 will lock horns at the My Dinh National Stadium as Vietnam take on Oman.

Vietnam’s futile 3-1 home triumph over China last time out marked their solitary success in the World Cup qualification third round, ending a run of seven defeats in a row. Since the hosts have no chance of reaching their first-ever World Cup finals, a lack of pressure could inspire their bid to exact revenge on Oman for a disappointing 3-1 defeat in the reverse fixture. Interestingly, before the abovementioned triumph over China, Vietnam had lost their previous three Group B home matches by the same 1-0 scoreline, highlighting the potential for a low-scoring affair. Since three of their four home goals conceded in the ongoing qualifying cycle came before half-time, the ‘Golden Star Warriors’ should take care of their first-half performance.

As for Oman, a run of four World Cup qualifying games without winning (D2, L2) has sent them packing with a few games to spare. Low scoring has been a common theme in that four-match sequence, as three of those fixtures featured under 2.5 total goals. Since beating Japan 1-0 in their inaugural Group B travel, the ‘Reds’ have gone winless in their last three World Cup away qualifiers on the trot (D1, L2), scoring two goals while conceding five in return. The visitors could leave it late here, as two of their three Group B goals scored on the road so far have come beyond the 75th minute. With nothing but pride left to play for Oman, Branko Ivankovic’s men will at least hope to build on their mediocre 1.00 goals scored on average across this World Cup qualifying campaign. 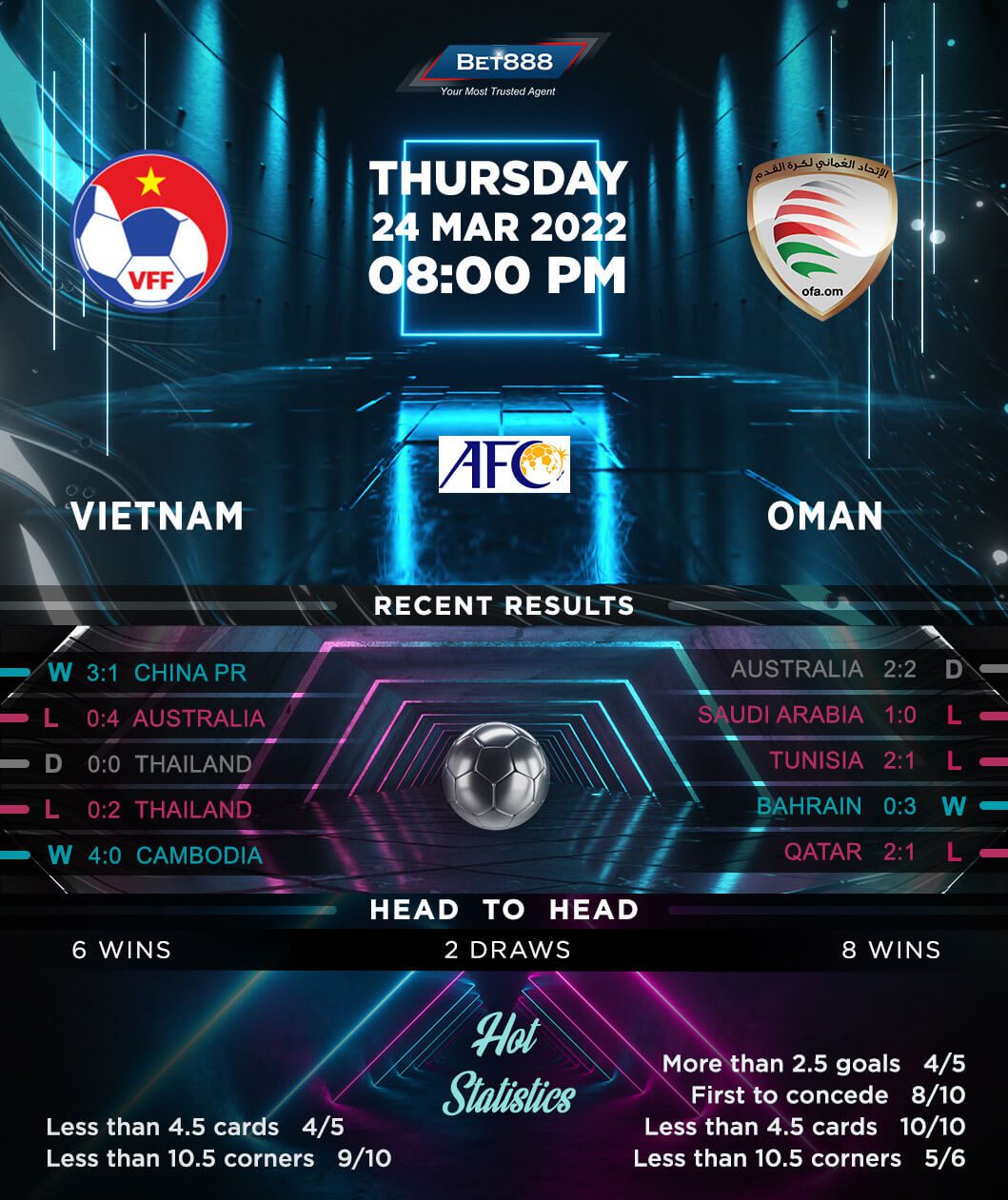