Thống Nhất Stadium forms the backdrop for a top-table AFC Cup Group I six-pointer between Viettel and Houngang United.

A phenomenal start to Viettel’s Group I journey witnessed the Vietnamese outfit win both group matches by an aggregate score of 6-1. That includes an overwhelming 5-1 home triumph over Young Elephants on Matchday 1. But the ‘Red Tornado’ can ill-afford to rest on their laurels, as their indifferent seven-game competitive home record (W4, L3) requires attention. Scoring first will be of the essence. Indeed, five of those seven results (win/loss) came ‘to nil,’ highlighting the importance of a fast start. A ferocious start could be on the cards, nonetheless, as both Viettel’s AFC Cup fixtures this season have featured the opening goal within ten minutes of play.

Supporting this claim is the fact both Hougang’s Group I outings have seen the opener come before the 15th minute. The ‘Cheetahs’ have shown unparalleled fighting spirit, as they’ve come from behind to win both AFC Cup games this term. They pulled off a sensational comeback to overturn a two-goal deficit in a goal-friendly 4-3 win over Phnom Phen Crown on the opening matchday. Both Hougang’s continental fixtures this season have contained 2+ first-half goals, suggesting this one could offer plenty of early excitement. However, Clement Teo’s men may not necessarily come out on top. Their abysmal away from has seen them win just one of their last 11 competitive matches on hostile turf (D4, L6). 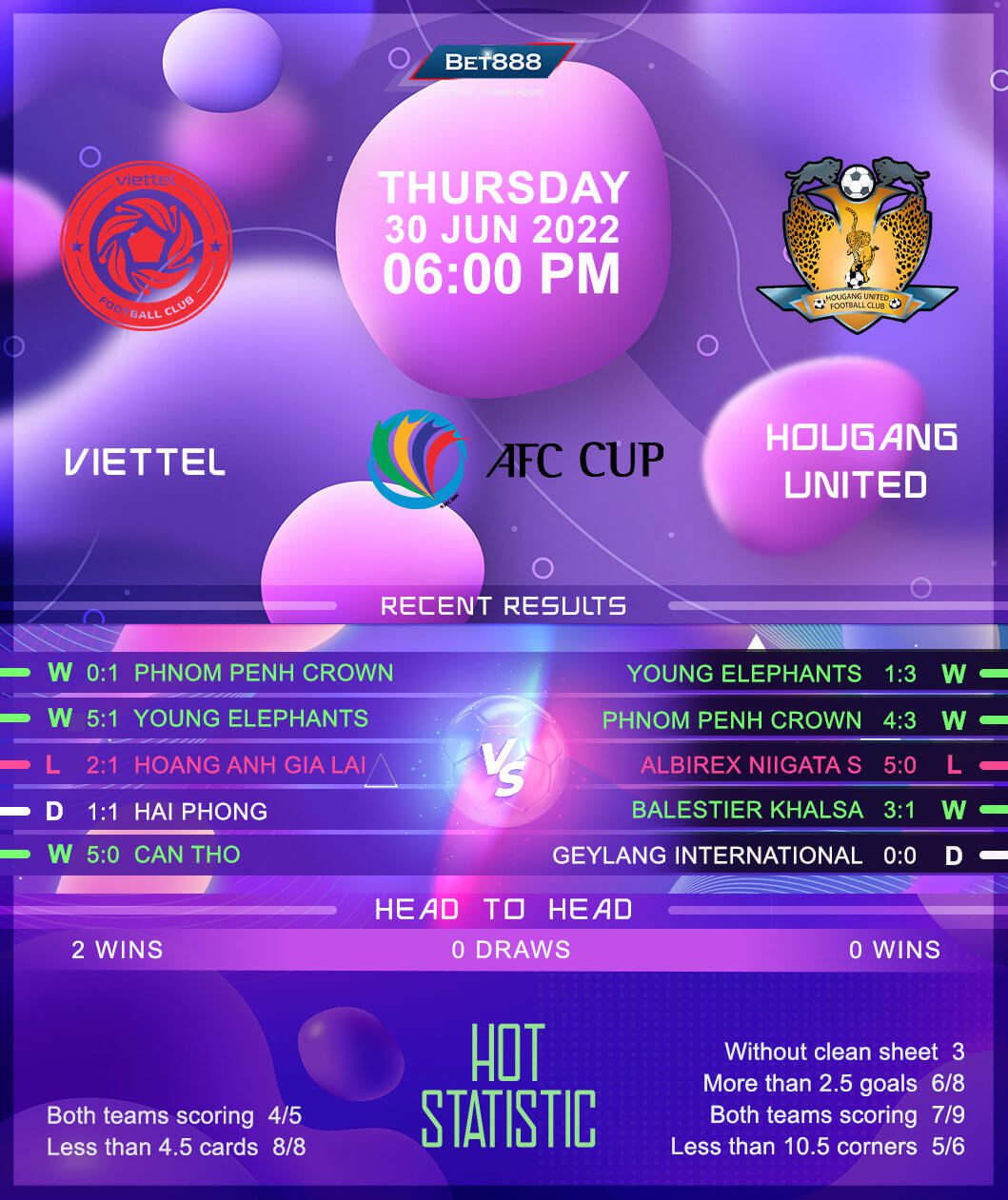